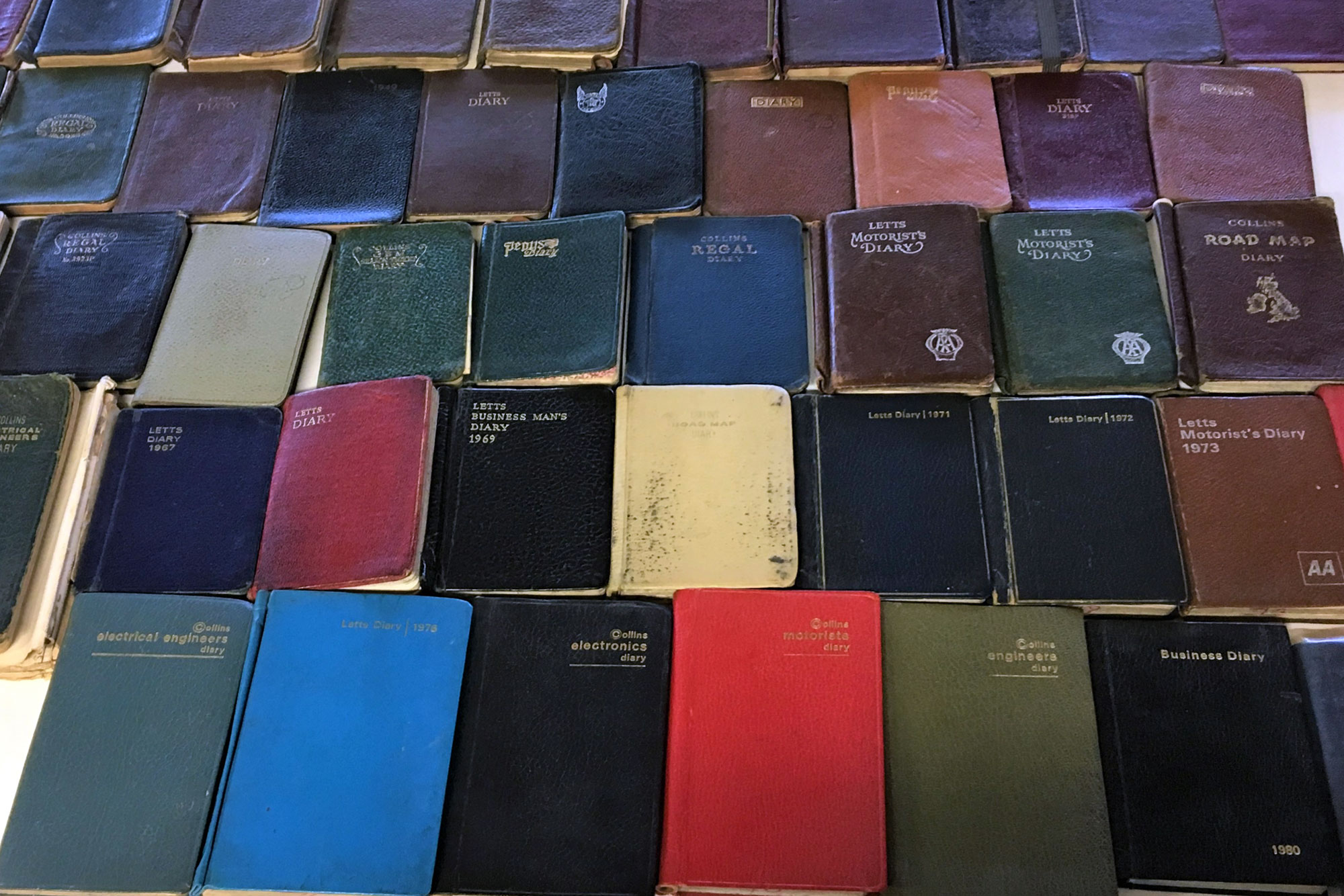 Senior curator, Sarah Wyatt, has been exploring a recent donation to the Motoring Archives.

George Thorne kept detailed motoring records in his pocket diary including daily mileage, fuel purchased and work done to maintain the vehicles he owned. Remarkably, he started this in 1936 and continued his daily entries until 1981, the year of his death. Interspersed amongst these entries, mainly made using the tiny pencil supplied with the diaries, George also noted events of both international and personal importance. It does seem however that both the weather and car maintenance were his top priorities, certainly in terms of recording! 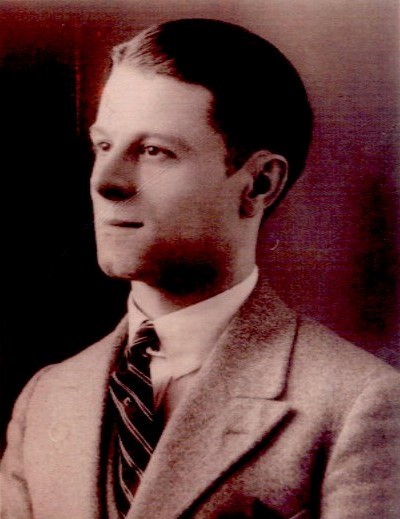 George worked as a car salesman in Southampton in the 1930s and also demonstrated early Opel lorries. His son, Douglas, recalls that George found that a key selling point for Opel lorries was that they had a “crawler gear” which enabled them to more readily handle steep hills. During the Second World War George repaired Spitfires at Eastleigh in Hampshire for Supermarine. One of the perks from this role was the scrap metal that could not be re-used in the aircraft. Douglas says “we even had a wheelbarrow made of aircraft grade aluminium with a Spitfire tailwheel”. However, following the bombing of the factory in 1940, and the movement of production to Castle Bromwich, George left the company and became a self-employed electrician. A keen motorist, George was a self-taught mechanic and his diaries reveal that he was not afraid to tackle any jobs that his vehicles presented.

Here are a few highlights from his diaries. 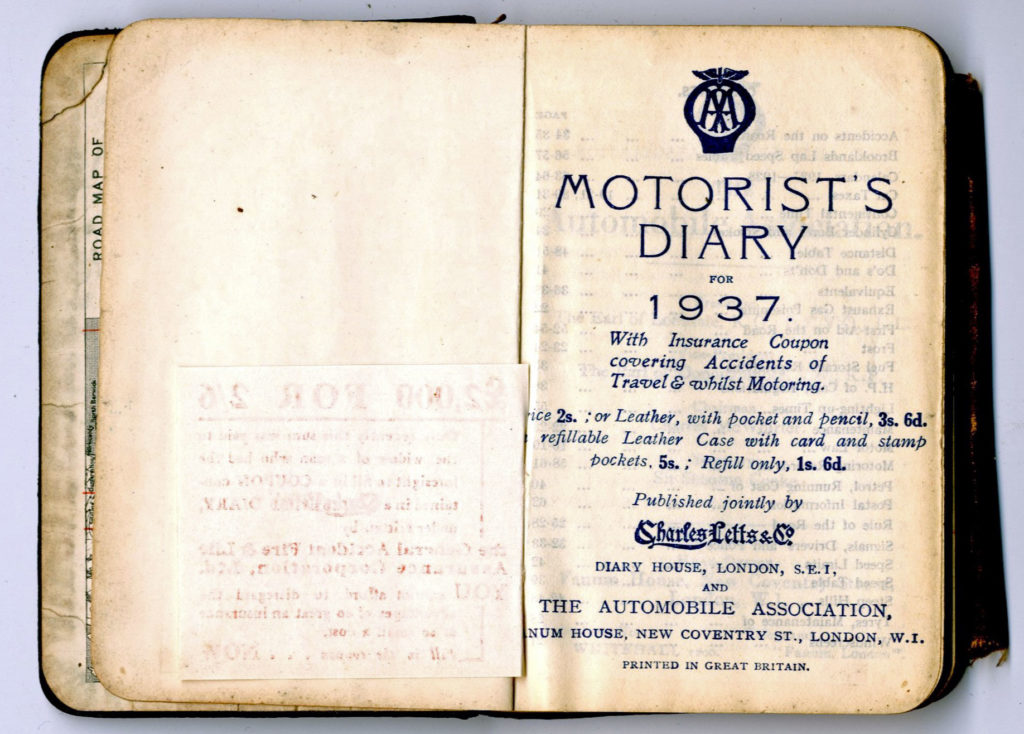 Between 1936 and 1938, the diaries show a variety of trips in the local area, including one to the Tidworth Military Tattoo. As well as selling and demonstrating vehicles, it seems George also gave driving lessons. These are meticulously recorded in the back pages of the 1938 diary. In September of 1938, George noted “war scares”, a portent of what was to come the following year.

In 1939, George seems to have initially had various “demo” jobs but in late August the “war scares” resumed and continued until 2 September when he noted “War Declared – Nazis”. Petrol rationing swiftly followed and the next few years show several applications for additional fuel. 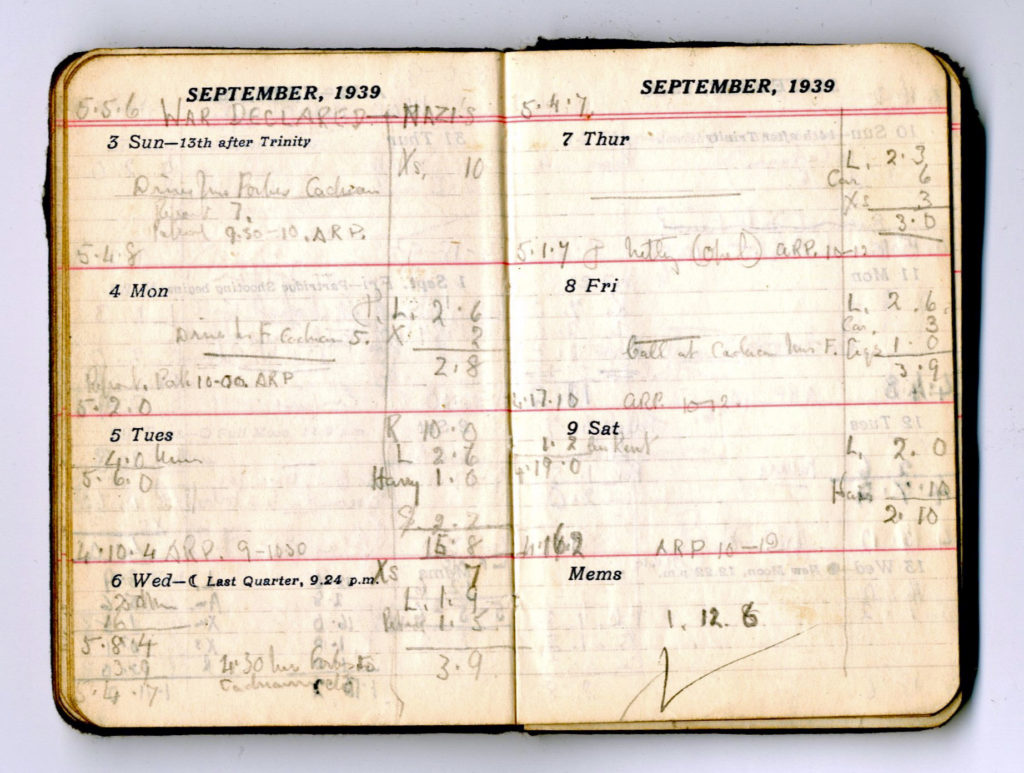 1940 was a momentous year for George in many ways. On 11 June he noted “We are married”. Eight days later, “Air raids bomb Millbrook”. Sadly, in August 1940 his mother passed away leaving him “horribly unhappy”. Southampton was particularly targeted by German bombers for the rest of that year. The bombing of the Supermarine factory was keenly felt by George, as the entries for that week show. More than 100 people were killed at this site. 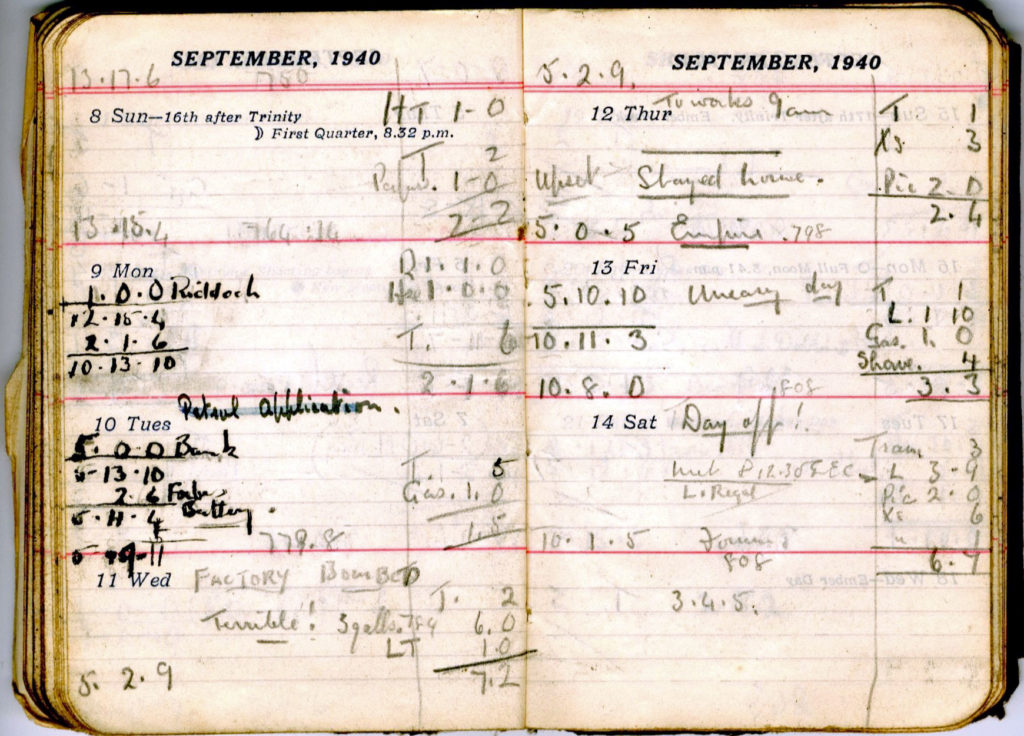 On 6 November 1940, George recorded “Civic Centre bombed” but day to day life carried on for him, as a week later his entry was “fitted con rod”. On 17 November, he noted that he “had to leave flat” (in Hill Lane, Southampton). Only eight days later he wrote that “Southampton bombed again” and that his Hill Lane flat had been “cut in two”.

As the war progressed, George Thorne continued to note work carried out such as “Dismantle engine but nothing wrong!” (9 August 1945), alongside entries such as “Execution of Mussolini”” (29 April 1945) and “News of Hitler’s Death” (2 May 1945).

His 1969 diary has a comment on the moon landings alongside his work for that day: 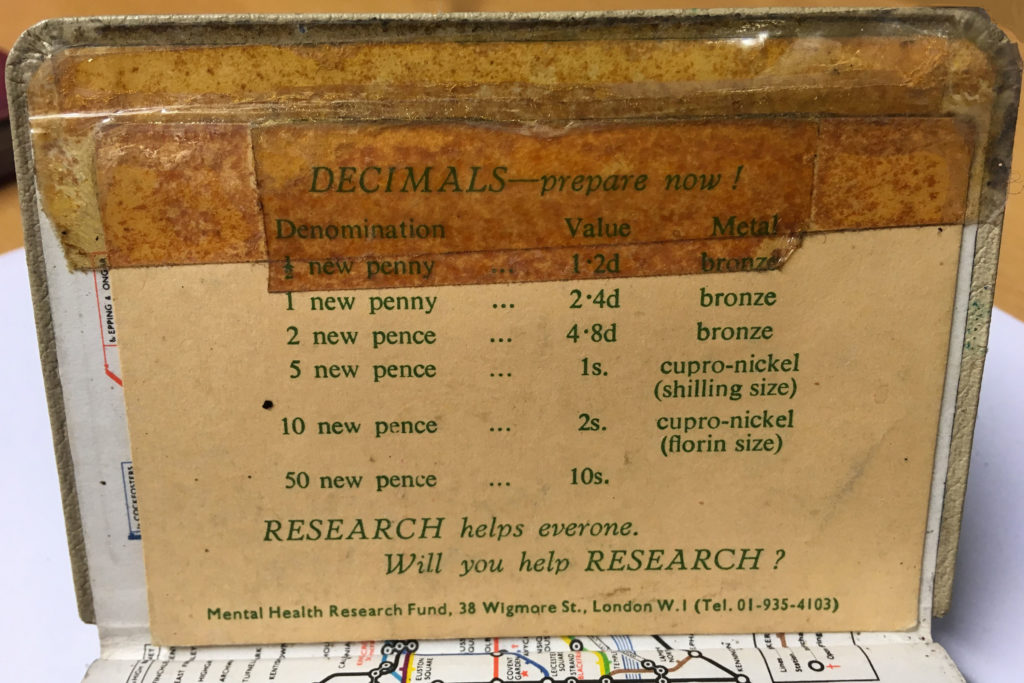 The introduction of decimal currency is reflected in this card stuck in the back of George’s 1970 diary.

George’s last diary entry is on 7 September 1981 and reads simply “bad nite”. He passed away later that year.

George Thorne has left an intriguing legacy of a daily personal record spanning nearly half of the twentieth century. I’m sure few have been as diligent in their diary keeping and it certainly shines a light on a fascinating period of British history as experienced by one man on the south coast, working on his cars, noting the weather and keeping his accounts in order.

Discover more about the Motoring Archives.