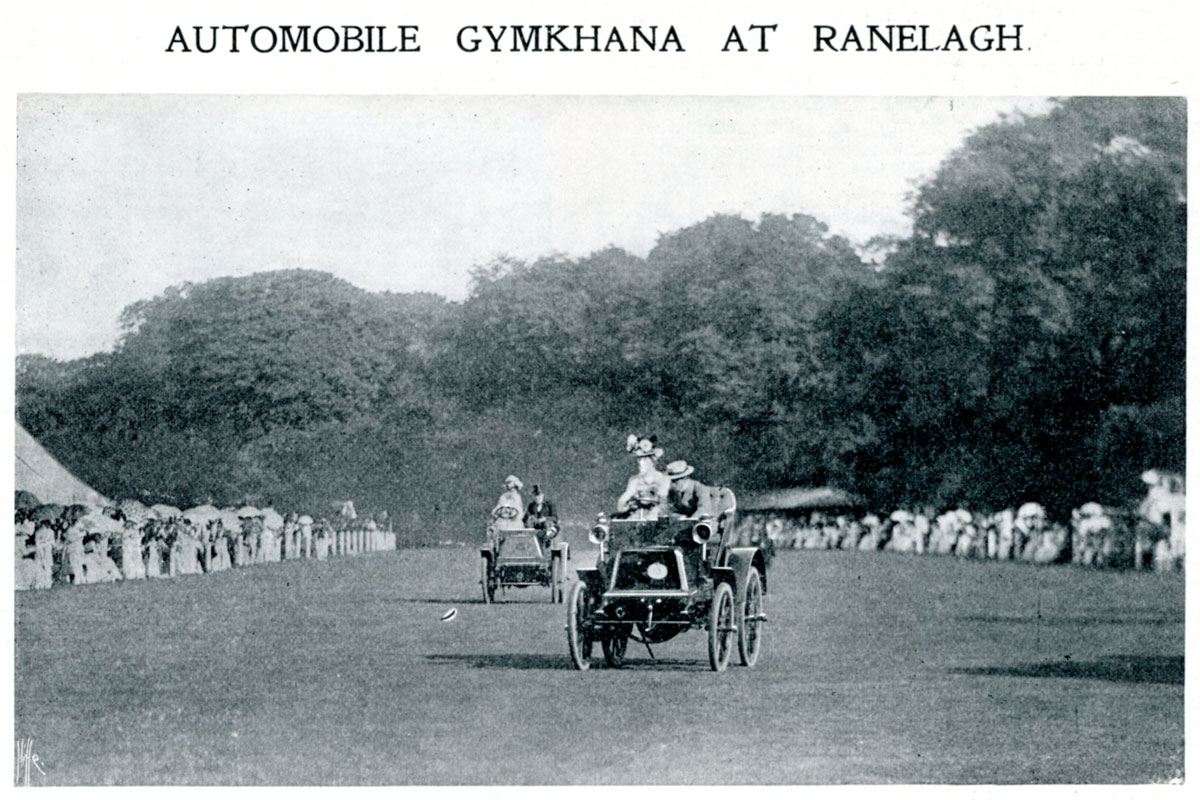 It may seem strange to be reading about a polo club gymkhana in the National Motor Museum’s blog but the event held at the Ranelagh Club at Barn Elms in Barnes, South West London on Saturday 14th July 1900, while certainly concerned with horsepower, had nothing to do with horses. Research and Enquiries Officer, Patrick Collins, explores this unique story.

Organised in conjunction with the Automobile Club, the day was, according to the following week’s issue of The Autocar, “a series of automobile events of considerable interest”.  The gymkhana was run on a grass circuit, 1,570 yards in length, described as “lumpy and bad in the back straight”, while a polo match was being played on the club’s nearby pitch 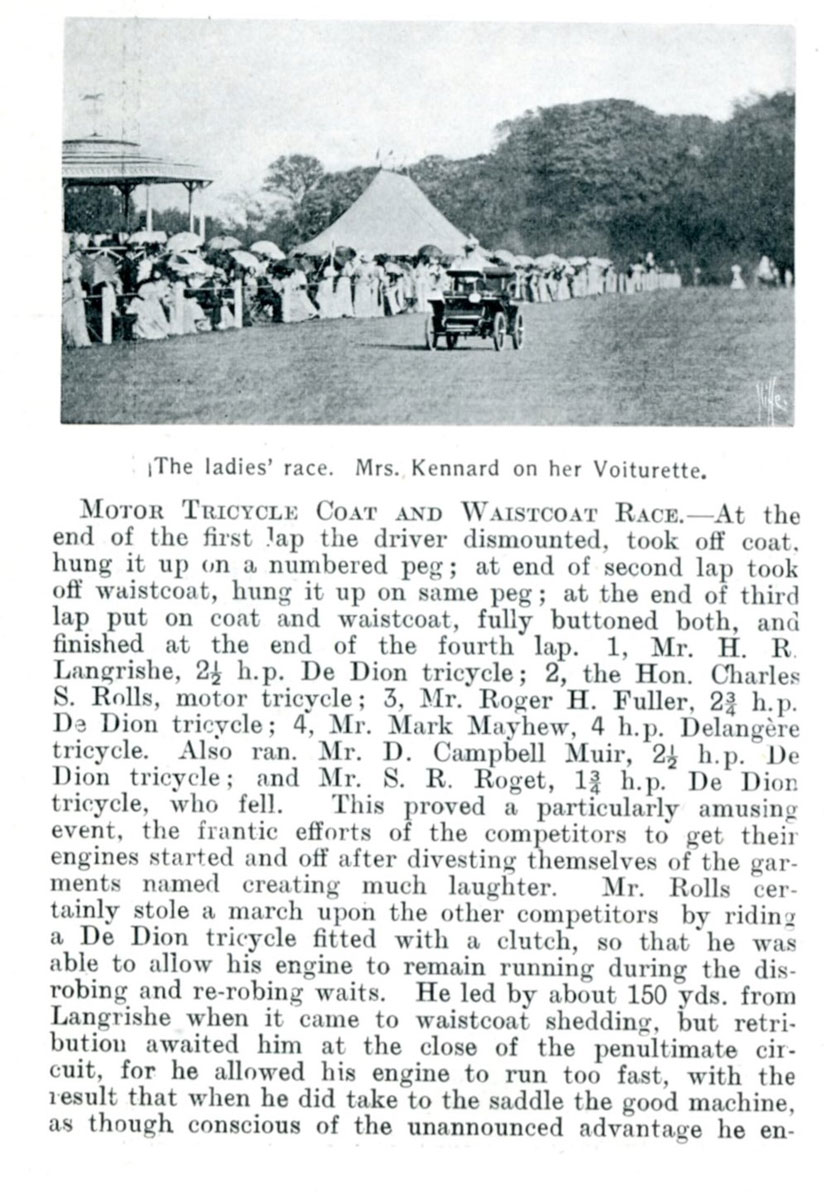 Entrants included a number of names who were already well known, or would become so in the following years. The Hon C.S. Rolls displayed a remarkable degree of consistency in finishing second in four of the races, namely the ‘Bending Race’, the ‘Starting from Cold Race’, the ‘Obstacle Race’ and the intriguingly named ‘Motor Tricycle Coat and Waistcoat Race’. The latter, run over four laps, required competitors to stop and remove the named items of clothing and hang them on a peg on each of the first two laps. Over the next two laps they were required to stop and replace each item and then finish with both fully-buttoned. Other well-known drivers included Mark Mayhew (fourth in the above race) and E. Campbell Muir, better known for his exploits in  motor boat racing, who won the ‘Starting and Stopping Handicap’ in a Locomobile.

The Ladies Race was won by Miss Weblyn, on a Daimler, with Mrs Mary Kennard, a leading advocate of Women’s motoring, in second place at the wheel of her De Dion Bouton. Miss Weblyn’s name often appears in lists of firsts as a contender for the title of ‘First woman driver to win a motor race’. Whether the rather ‘genteel’ and light-hearted  event that took place that day in a south west London suburb can be seen in the same light as more serious motoring events is, perhaps,  open to debate

From the magazine reports that followed, it sounds as if the day was greatly enjoyed by competitors and spectators alike. Perhaps someone should suggest a modern equivalent of the coat and waistcoat race to the organisers of Formula One?