Your Car Deserves Them Both 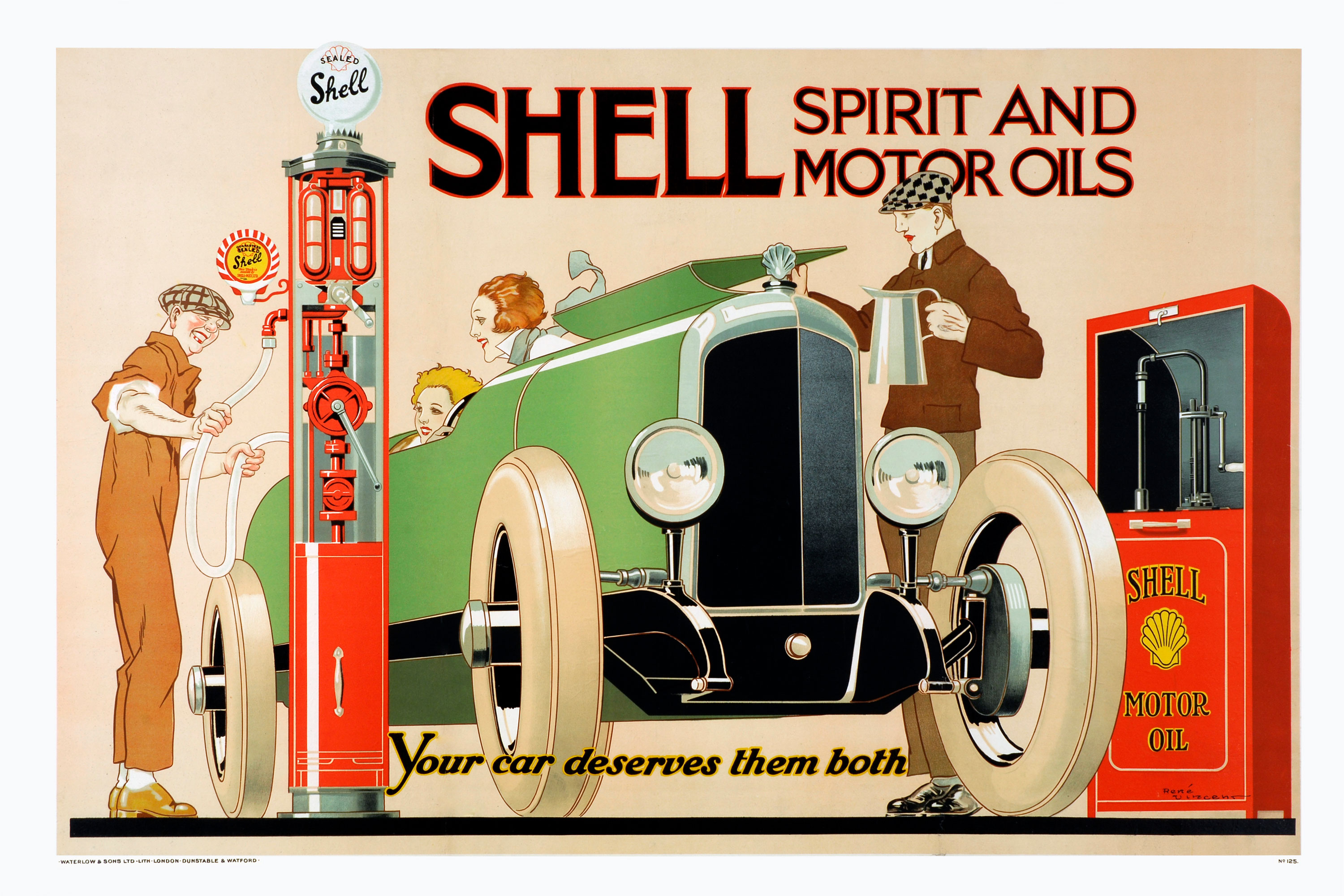 René Vincent (1879–1936) trained as an architect at the École des Beaux-Arts in Paris, but then worked for magazines such as La Vie Parisienne and L’Illustration, and for satirical journals, before pursuing a career in advertising in the 1920s. One of his favourite subjects was the automobile (perhaps because he was one of the first people to hold a driving licence), and he designed famous posters for companies such as Bugatti, Citroën and Peugeot. He was also known for his fashion posters, and a series in 1928 advertising winter sports. He later turned to interior decoration, designing dinner services, lamps and vases in the Art Déco style. He sometimes worked under the name René Mael.