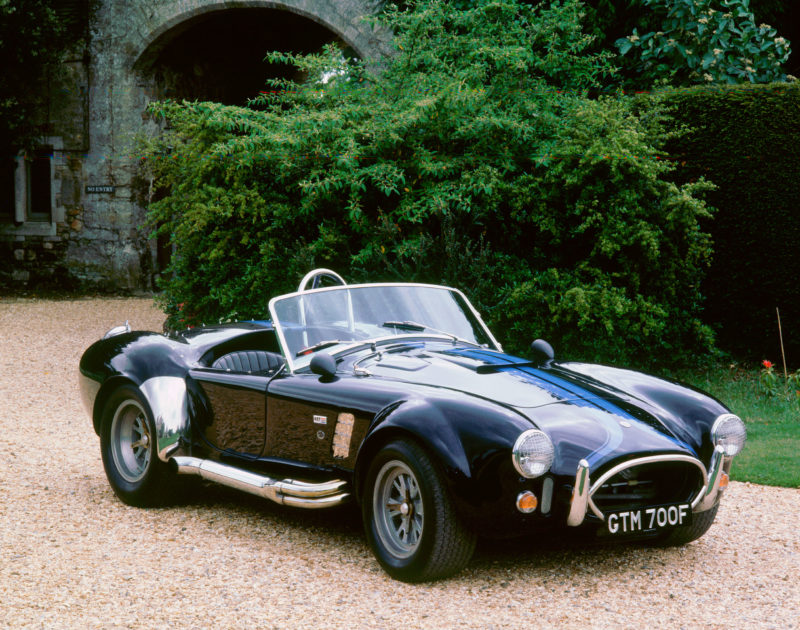 Arguably one of the most sensational sports cars ever built. American racing driver Carroll Shelby developed the Cobra from the AC Ace in 1962. They were built by AC in Thames Ditton and shipped to Shelby’s works in California for the installation of the Ford V8 engine. Initially, these were 4,260cc but soon enlarged to 4,736cc (289 cubic inches). From 1965 the even more powerful 6,997cc or 427 cubic inch engine was an option. Even Shelby admitted the 427 was a handful. 1,008 Cobras were built, with only a small number being sold in Europe.

This car was built to full competition specification and competed in a number of European races during 1966 including the Targa Florio. Later owners used it in club races and hill climbs in the UK until the early 1970s. It was later rebuilt into its current form with modified bodywork.