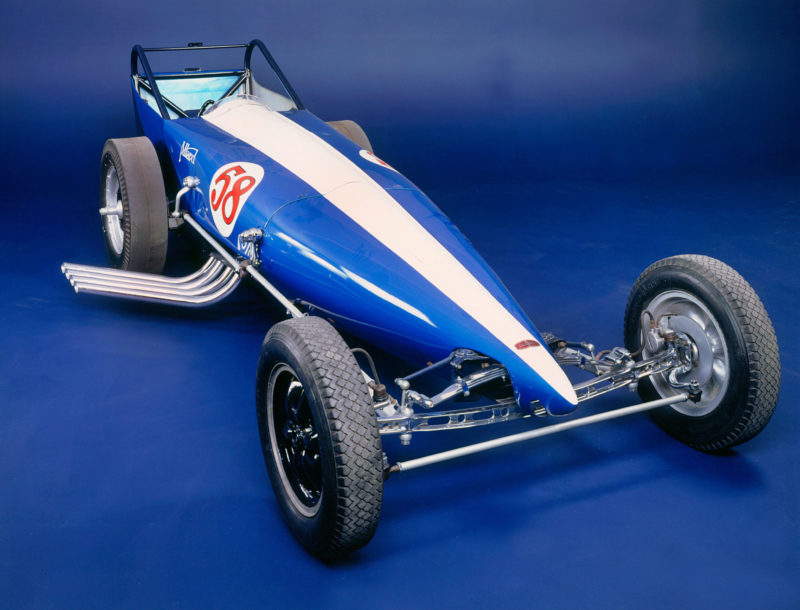 In 1960 Sydney Allard and his team of engineers set out to build this dragster, destined to be the first of its type in Britain. Although strongly influenced by the American drag racing scene, the car that emerged in early 1961 also had to comply with Royal Automobile Club regulations governing sprint and hill climb cars. This meant that, unlike the American dragsters, it had brakes and the engine was covered. Power came from a fuel-injected and supercharged 5.7-litre Chrysler Hemi V-8 engine.

Although the early appearances of the Allard Chrysler in 1961 and 1962 were a little disappointing, the car attracted huge interest in Britain and the USA. A series of contests between the Allard and the famous American dragster Mooneyes was run in 1963. This led to the first British International Drag Festival being organised in 1964 and the establishment of the British Drag Racing Association. Drag racing had arrived!