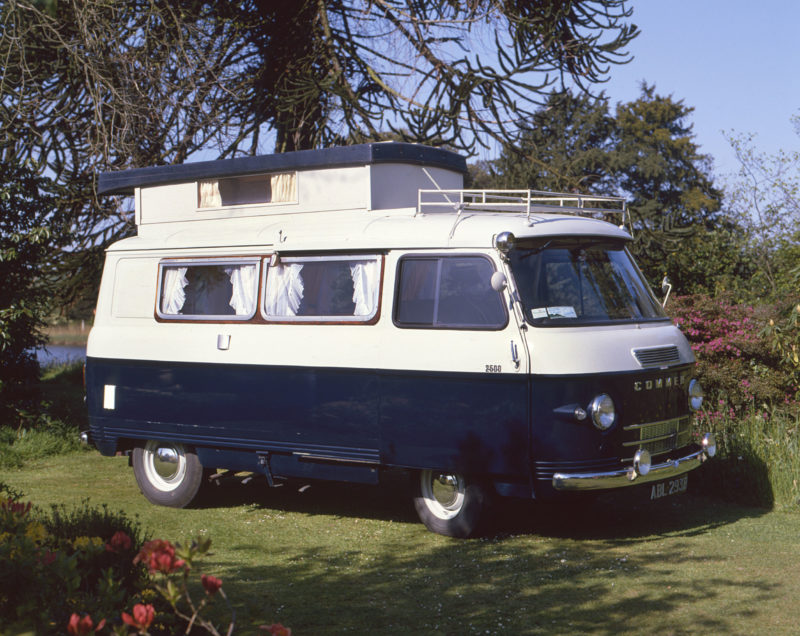 Commer launched the forward control ¾-ton range in 1960. It incorporated unitary construction and components sourced from across the Rootes group of companies. A wide variety of van, pick up and mini-bus versions were available. The vans were popular for motor caravan conversions, at a time when this pastime was starting to experience a boom. This vehicle was converted by Auto-Sleepers Ltd. and was used by one owner for 23 years.

The first motor caravans appeared as early as the 1890s and 1900s. They were expensive and cumbersome vehicles. Motor caravanning retained a following, alongside trailer caravans, throughout the 1920s and 1930s. The 1960s and 1970s saw motor caravanning grow hugely in popularity with the appearance of a range of conversions based on mass-produced chassis from manufacturers such as Bedford, Commer, Ford and Volkswagen.