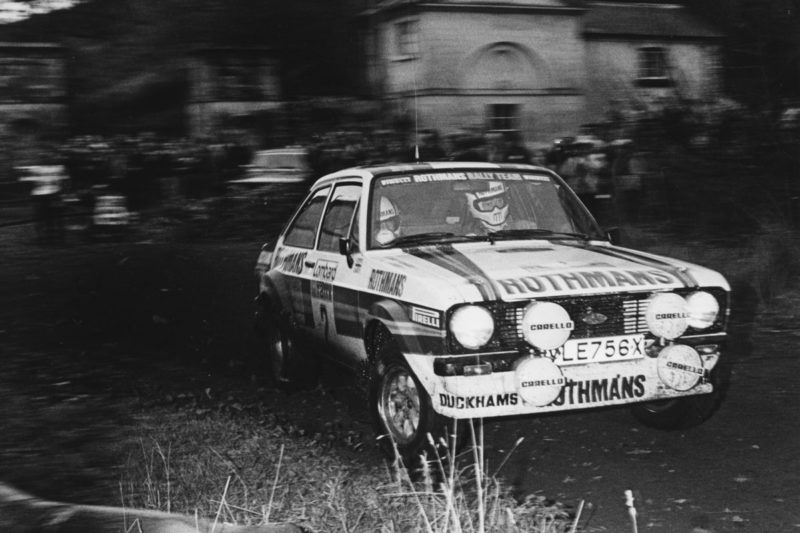 For British motorsports enthusiasts November usually means just one thing, the RAC Rally. In recent years the week long classic has morphed in to the much shorter Wales Rally GB but, since the 1960s, the mere mention of the RAC Rally has instantly conjured up images of the World’s best drivers and cars pitting themselves against arduous forest stages in remote parts of Wales and Northern England. Typical of these cars is Ari Vatanen’s 1981 Ford Escort RS1800, on display at the National Motor Museum, which this year celebrates its 40th Anniversary.

1981 proved to be something of a pivotal year in the history of rallying. Audi had appeared on the scene with the new four-wheel-drive Quattro, which they entrusted to the legendary Hannu Mikkola and their newly signed rising star Michelle Mouton. The World waited to see what the new turbocharged, four-wheel-drive supercars could do.

Ford’s much-loved Escort rear-wheel drive saloon car had proved an excellent basis on which to build a succession of successful rally cars and had been winning international rallies since 1968. Despite the introduction of the new front-wheel-drive MkIII Escort, it was Ari Vatanen in the MKII RS1800 who was dominating the 1981 World Championship. The ‘Flying Finn’ and co-driver Dave Richards had taken victory in the Acropolis Rally, Rally of Brazil and the 1000 Lakes Rally. Despite these successes, France’s Guy Frequelin, with a single victory in the Talbot Sunbeam-Lotus, was leading the Drivers’ Championship heading into the final round. The sophisticated Audi’s had shown great promise but had been troubled by mechanical issues most of the season. Despite these set backs, Mikkola had won in Sweden and Mouton had driven to a surprise victory in the San Remo rally. 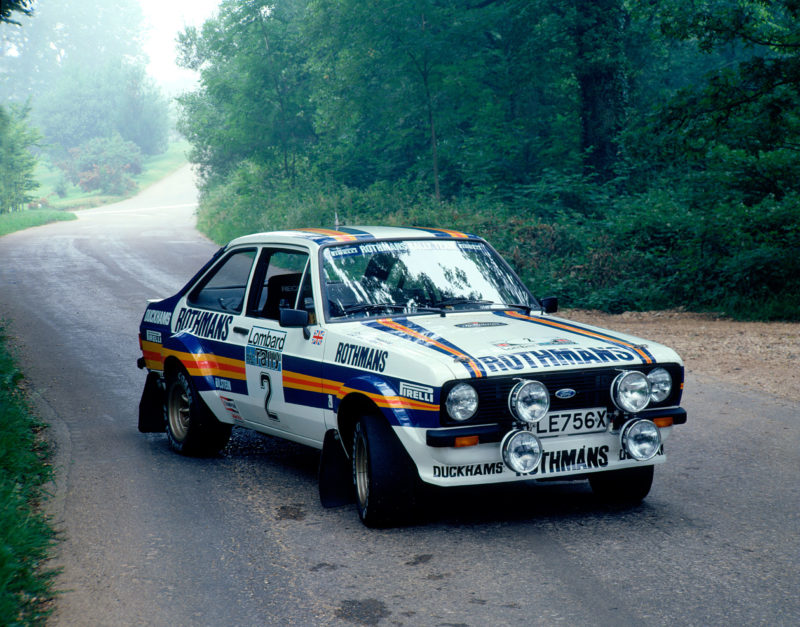 What is now the Museum’s Escort, VLE 765X, was a new car built by Dave Sutton Motorsport for Vatanen to drive in the traditional RAC Rally season finale. Sutton also prepared two further Escorts for Malcolm Wilson and Pentti Airikkala.

The RAC Rally of the early 80s was a very different affair to its more recent incarnation as the Wales Rally GB (cancelled for 2020 and 2021), a five day event taking in South wales, the Lake District, the Scottish borders, Kielder Forest and North Yorkshire. In 1981 huge crowds gathered to watch the start in Chester and an estimated 20,000 people turned out to watch the spectator stage at Weston Park in Shropshire.

Vatanen is said to have driven a restrained rally (for him) but, like most of the top names, managed to put his car in a ditch. Eventual winner Hannu Mikkola rolled his Quattro in Cumbria. At one stage Mouton was running in a strong third position, threatening Vatanen’s second place only to be thwarted by a gearbox change and later ending her rally stuck in a field.

Second place was sufficient to secure the World Championship for Vatanen, who would drive for Opel the following season before moving to Peugeot as the Group B supercars reached the crazy peak of their performance in the mid 1980s. His Escort though went into retirement, retained by team owners Rothmans before being placed on display in the National Motor Museum in the summer of 1982.

This short film extract from the Museum Collections features Ari Vatanen in the Ford Escort RS1800 at the 1981 World Rally Championship.