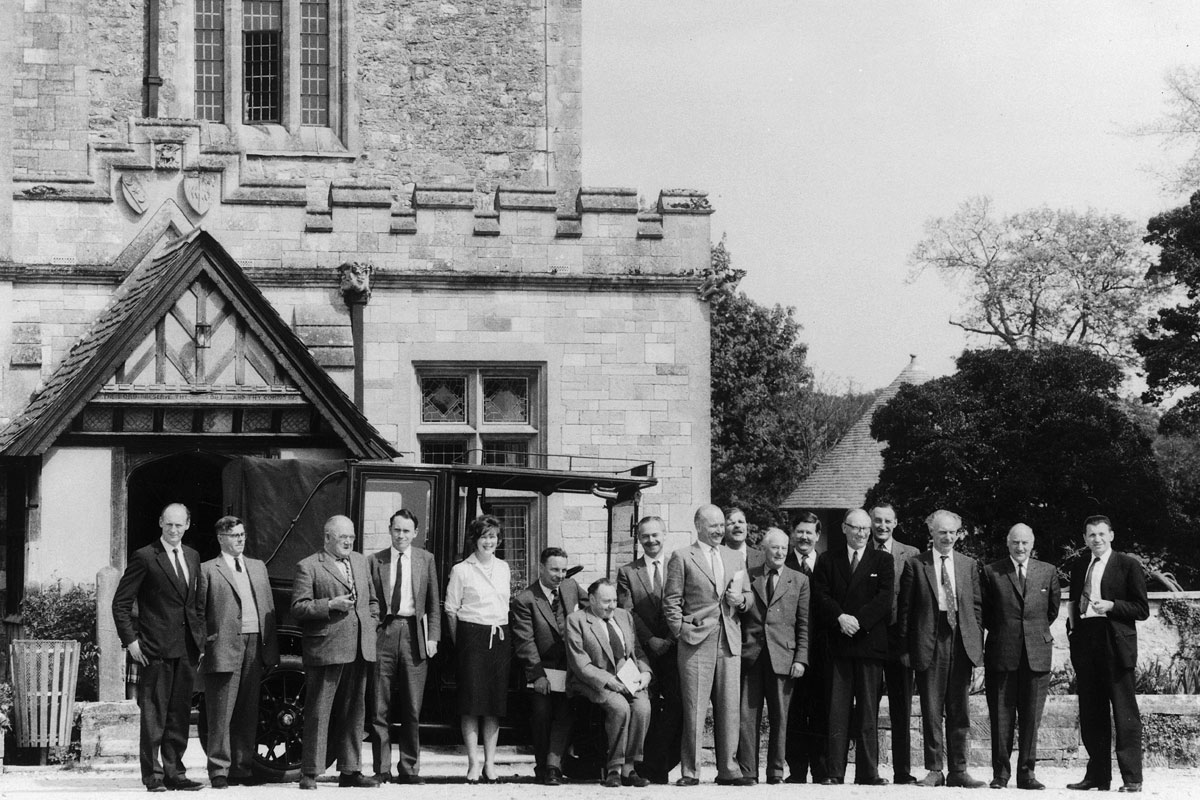 The idea of a specialist motoring library at Beaulieu was first proposed by Edward, Lord Montagu in the editorial of the June 1960 issue of Veteran & Vintage Magazine. At the time, the Montagu Motor Museum had only recently been re-located to a new building in the grounds at Beaulieu, providing more room for the rapidly growing collection of vehicles. Lord Montagu’s proposal was to create a library dedicated to preserving the written history of motoring as well as providing a facility to aid research and to promote the publication of books on the subject. The idea came to fruition on 28th April 1961 when guests assembled at Palace House for the official opening of the library, which was located in the building’s former kitchens.

The nucleus of the library was the collection of books that formerly belonged to motoring pioneer John Montagu, 2nd Baron Montagu of Beaulieu, many of which dated from the early years of motoring. The British motor industry responded to Lord Montagu’s initial appeal for support with quantities of material coming from companies large and small, many of them now long since defunct.

From that nucleus in 1961, the Reference Library Collection has grown to truly impressive proportions. The total holdings amount to over 300,000 individual items including 14,000 books, 7,000 bound volumes of periodicals, over 100,000 loose periodicals, 70,000 items of sales literature, nearly 25,000 handbooks, 7,000 workshop manuals and over 9,000 event programmes and show guides. The collection includes material relating to cars, motorcycles and commercial vehicles from the 1890s to the present day and, in some cases material that pre-dates the advent of the motor vehicle, with earlier publications covering horse-drawn vehicles and road building. The collection continues to grow each year.

The National Motor Museum Trust’s brief is to tell the story of motoring on Britain’s roads but the library’s collection is truly international in scope, covering a huge range of vehicles, manufacturers, personalities and events from around the world. While the bulk of the collection is in English, it includes books and periodicals in numerous other languages including French (an enviable collection of early French motoring journals), German, Italian, Spanish, Russian and Japanese.

Since 1961 the library has been cared for by numerous dedicated staff. Well known librarians have included Eric Bellamy (originator of the library’s extensive index system) in the 1960s, Peter Brockes and Nick Georgano in the 1970s. Caroline Johnson was a familiar face in the library for twenty years from 1999 until 2019. Patrick Collins, in the role of Research and Enquiries Officer, has looked after visitors and research requests since 2007. The library collection is now in the care of Library Curators Lindsay Whitaker-Guest and Carina Taylor. Equally dedicated are our team of volunteers who support the regular staff in numerous ways, including the never-ending tasks of cataloguing, conservation and research.

Over the decades the Reference Library has been visited by thousands of researchers ranging from enthusiasts researching the history of their prized vehicles through to well-known motoring authors working on important works of motoring history. For those unable to visit the library in person the Motoring Research Service exists to provide help via post and email.

Like the rest of the World, the reference library has been affected by the Covid19 pandemic and unable to welcome visitors in person for the last year. A correspondence service via email has been offered throughout lockdown and, although not as comprehensive as in more normal times, the long traditions of the National Motor Museum’s library has been maintained. We are greatly looking forward to welcoming visitors back to the Reference Library in our 60th anniversary year.

To celebrate the 60th Anniversary a special film has been created by the Curators of the Reference Library, which can be viewed on the National Motor Museum’s YouTube channel.