Early 20th century motoring journals show that using famous people to promote car brands has been happening since the dawn of motoring. Then, as now, advertisers and publishers believed that having a famous, preferably attractive, woman pictured in a car was a definite advantage. In the early 1900s, these would often be actresses or singers who had toured the country and become household names as a result. That many of these were car owners and drivers perhaps reflects both their intrepid nature and also the financial rewards from their professions.

Some fascinating articles in Car Illustrated magazine show how these women were linked to motoring. 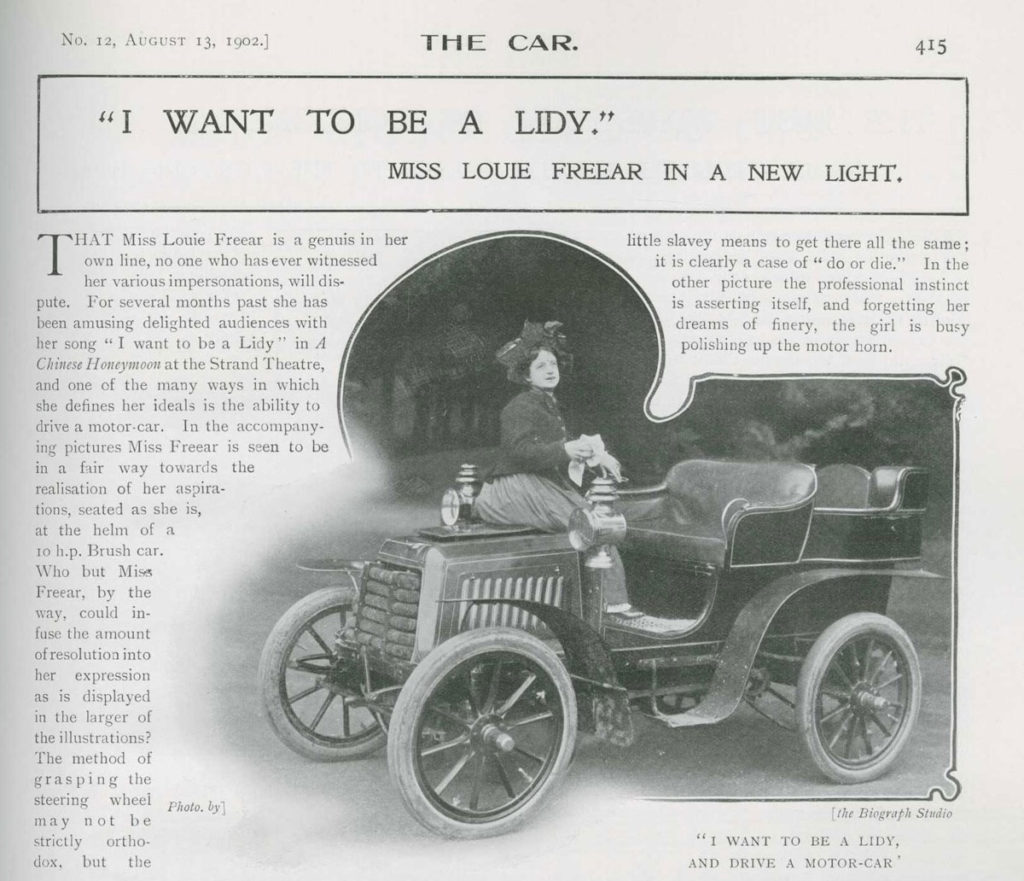 Louie Freear was a stage actress and performer, initially best known for her role as Puck in Herbert Beerbohm Tree’s production of A Midsummer Night’s Dream in 1900. However, in 1902 her music hall song “I want to be a Lidy and Drive a Motor Car” gets her a full page spread in Car Illustrated. She is pictured in a car in poses that reflect her stage character at the time.1 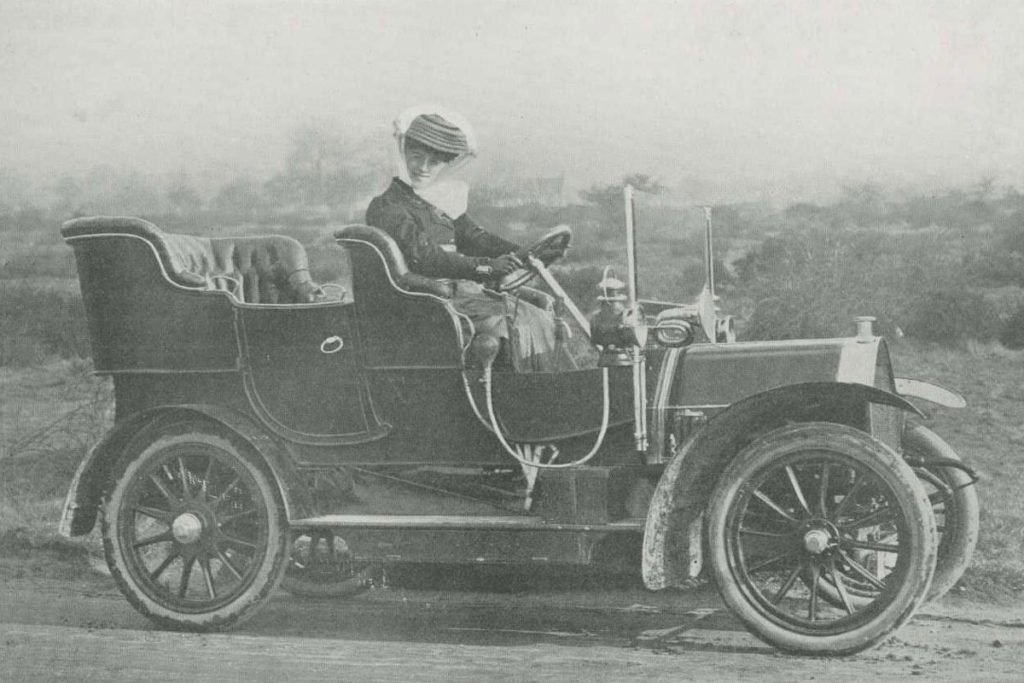 Madge Temple was another popular performer on the stages of Britain and became a star in Australia when she toured there in 1913-14. Car Illustrated shows her in 1906 behind the wheel of her Humber which she is reported as using to drive home in between her three daily performances on-stage at the Coliseum Theatre.2 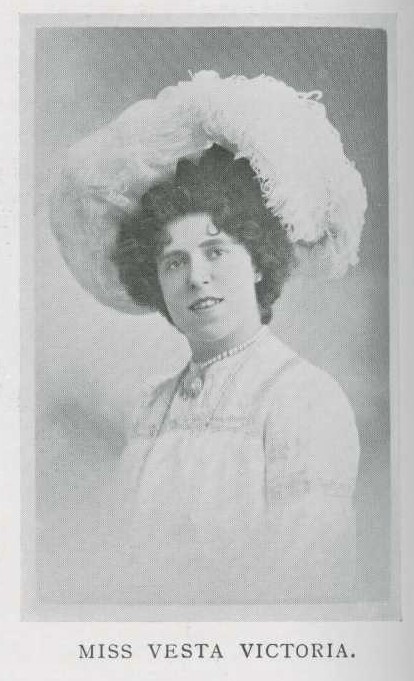 There is a fascinating little article in Car Illustrated in 1904 about Vesta Victoria. Vesta was a famous music hall performer who had two very popular songs still well known today, ‘Waiting at the Church’ and ‘Daddy Wouldn’t Buy Me a Bow Wow’.

The Car Illustrated article shows that Vesta, like Madge Temple, used her car to squeeze in as many theatrical appearances as possible3. Vesta used her 20hp Talbot to enable her to give four performances at different London music halls in one night. The article goes on to describe her current hit song:

At present Miss Vesta Victoria is scoring a great success with a song entitled, “All through riding on a Motor.” The orchestra is usually provided with three motor-horns, which serve to provide an amusing obligato. 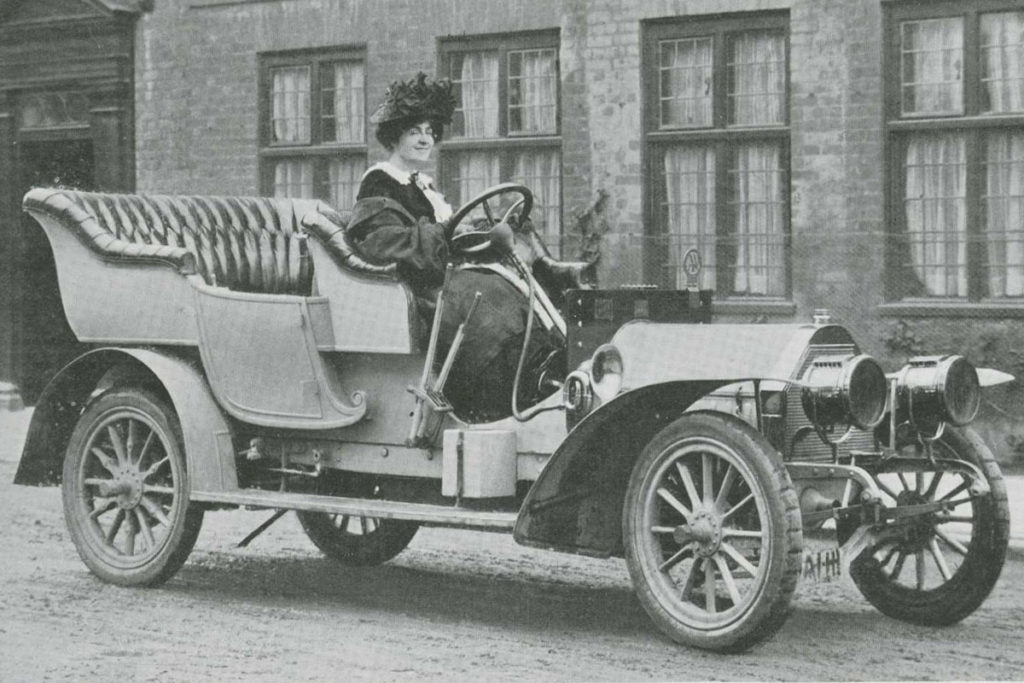 Born Mary Cora Urquhart in New Orleans, Mrs Brown-Potter married a rich New York financier and became an influential member of New York society. She visited Britain with her husband, and then remained there to pursue her acting career, whilst her husband sailed back alone to America. As an aside, there is a story that James Brown Potter effectively invented the tuxedo, having had a short dinner jacket made to wear at a ball held by the Prince of Wales. When he returned to America, he wore that jacket to his club in Tuxedo and it created quite a stir.

Mrs Brown-Potter (as she liked to be known) is featured in Car Illustrated in 1907, and the photo caption wryly states that:

It also states that the 18-22hp Horch was purchased by Mrs Brown-Potter for her theatrical tour of South Africa. 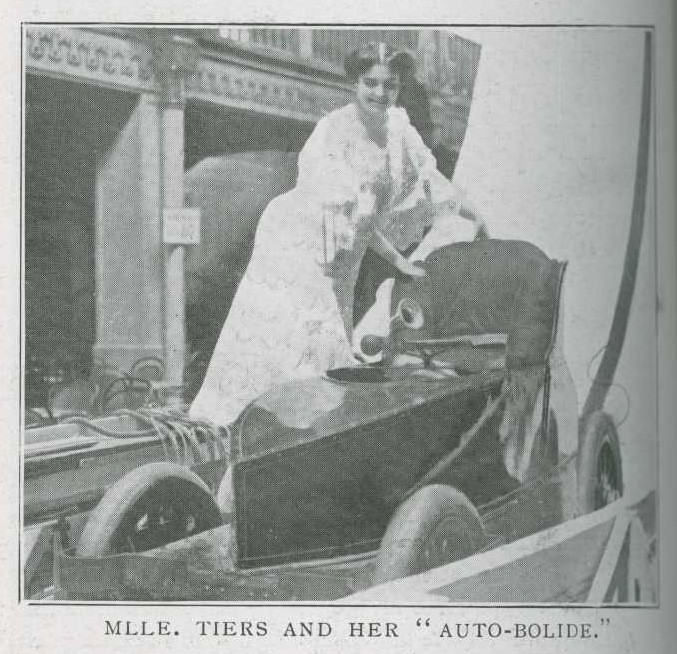 Perhaps the most spectacular example of female motoring from this period is provided by Frenchwoman Mauricia de Tiers. Mauricia is reported in a 1904 issue of Car Illustrated as performing a death-defying “loop the loop” by car at the Folies Bergeres in Paris, in an act called the “auto-bolide”. The feat was so thrilling that P T Barnum soon brought Mauricia over to the USA to join his famous travelling circus. Barnum reputedly paid her $60,000 a week to perform, which was $10,000 more than earned by the President of the USA at the time! Car Illustrated describes the act as follows:

It is an impressive feat and the shock of regaining the track is such that one marvels how any tyres can stand it – but they do, and the public never fails to applaud to the echo this exciting and dangerous performance5

The article explains that the auto-bolide leaps a gap of about 30 feet before rejoining the track in an acrobatic loop the loop motion. The illustrative photo probably does not do Mauricia de Tiers justice, as this must have been an impressive and heart-stopping experience for the audiences who flocked to see it.