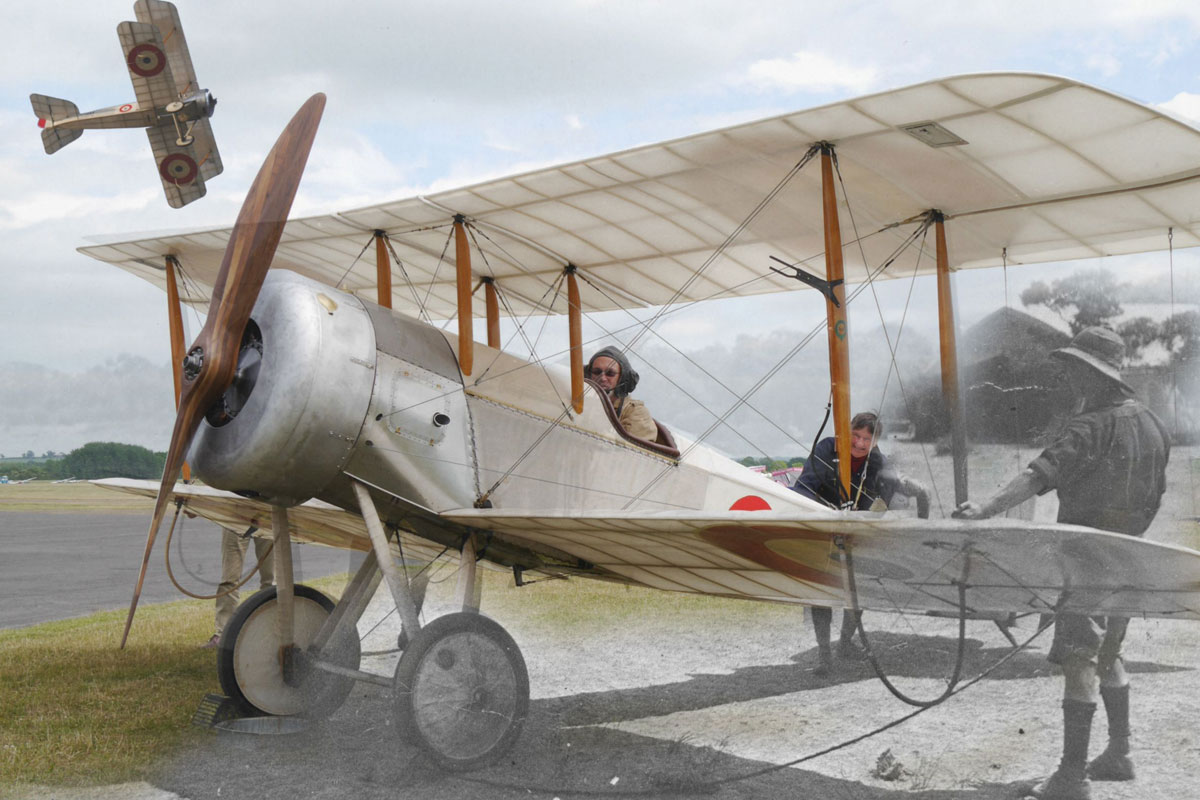 When David Bremner found an old aircraft control column, rudder bar and magneto in his Grandfather’s shed, he suspected they came from a 1915 Bristol Scout. David knew his grandfather Bunnie had flown a Scout in World War 1 as a pilot with No. 2 Wing RNAS during 1915–1916, so his long-time friend Theo Willford suggested a plan to build a Bristol Scout exactly as flown by Bunnie.

There were no airworthy examples of a Bristol Scout anywhere in the world, so research took 6 years and it wasn’t until the end of 2007 that there was enough information to start the build. David’s brother joined the build team and Scout 1264 was completed and first flew in 2015, almost exactly 100 years after the original first flew. She is an exact reproduction of the original in every respect, including the modifications made by his Grandad.

In 2016 they took the newly created Scout to the Greek island of Thassos, to the exact spot where Bunnie flew, and David flew her there, on the exact same date, 100 years on!  This is their impressive story!

The evening will commence at 6:15pm in the Motor Museum. Hear the star of the show, the remarkable Bristol Scout 1264, being started up (ear defenders provided!). After a refreshment break, enjoy a screening of the TV documentary about 1264’s history, rebuild, and early flying. A question and answer session will follow.

A bar will be available for the purchase of beers, wines, soft drinks and tea and coffee. The evenings will conclude at around 10.00 pm. Tickets are £10.00 each for non-members; £7.50 for members. For further information and to purchase tickets please contact Theresa Browning by email or telephone 01590 614792.