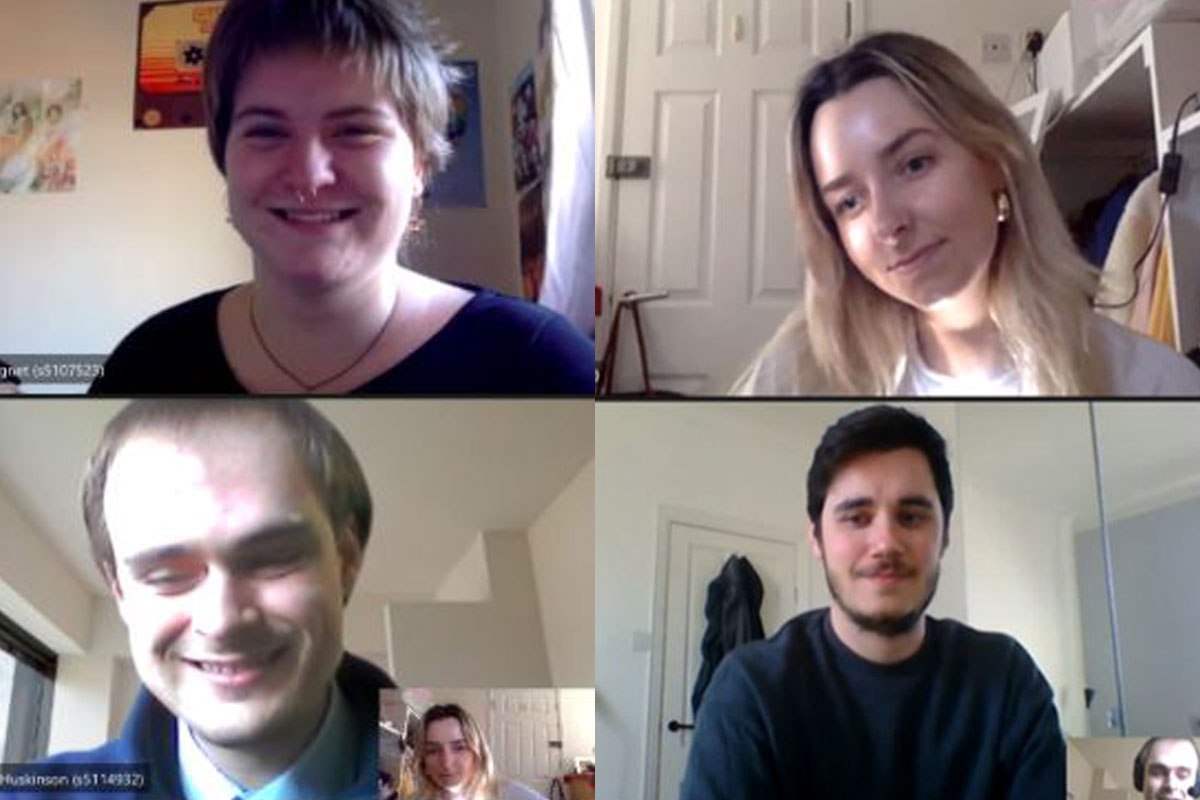 Hello! We are a group of History undergraduate students from Bournemouth University. In collaboration with the National Motor Museum, we are working on a project to explore and share the history of Golden Arrow, the vehicle driven by Sir Henry Segrave which achieved the 1929 land speed record.

We intend to highlight our research by producing a series of blogs. Later, as our project progresses, our findings will be showcased online as part of the National Motor Museum’s reinterpretation of Golden Arrow.

Collaboration with the National Motor Museum

Our collaboration with the National Motor Museum began on the 4th of February, where we first spoke to Senior Curator, Sarah Wyatt and Research & Enquiries Officer, Patrick Collins, regarding the reinterpretation of Golden Arrow. Our conversation enabled us to hone in on the desired direction and themes of our research. Sarah and Patrick facilitated this further by providing archival material for us to explore. This included scanned images of commemorative memorabilia, as shown below.

So fasten your seatbelts for a speedy drive down memory lane!

Pieces of the past: the power of pictures 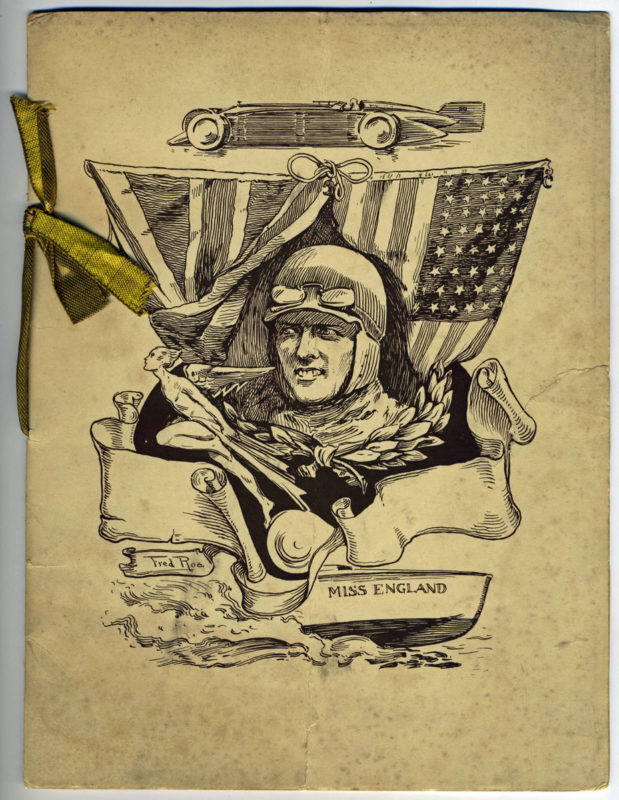 Images can prove an extremely powerful way of exploring and understanding the past. The above image was found within a commemorative booklet held in the National Motor Museum archives, which celebrated Segrave’s achievement at acquiring both the land and water speed records. This is inferred with the inclusion of the Miss England boat below Segrave and Golden Arrow at the top.

Meanwhile, the Union Jack’s presence behind Segrave symbolises how this achievement was viewed as the result of a national effort. This is reiterated by the scanned image below outlining the companies involved in Golden Arrow’s construction. 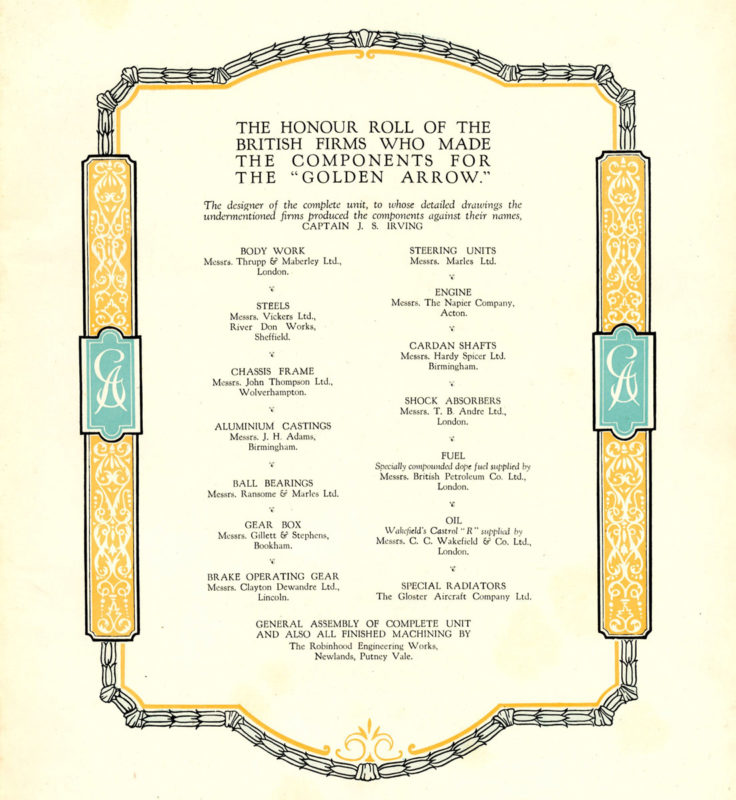 This image contains a list of the vast array of companies involved in providing parts for the vehicle, which shows why Segrave’s accomplishment was viewed as a truly national engineering achievement.

Approach and areas of research

We will take a collaborative approach by bringing our individual perspectives together on each topic. By doing so we bring a variety of  viewpoints and skills to bear. To facilitate these goals we will use material from the National Motor Museum Reference Library and archives, along with heritage websites, in addition to continued guidance and support from Sarah and Patrick.

Our research objectives are:

We look forward to sharing future findings with you here and on Twitter @UncoveredArrow! Questions, queries, and contributions are welcome!