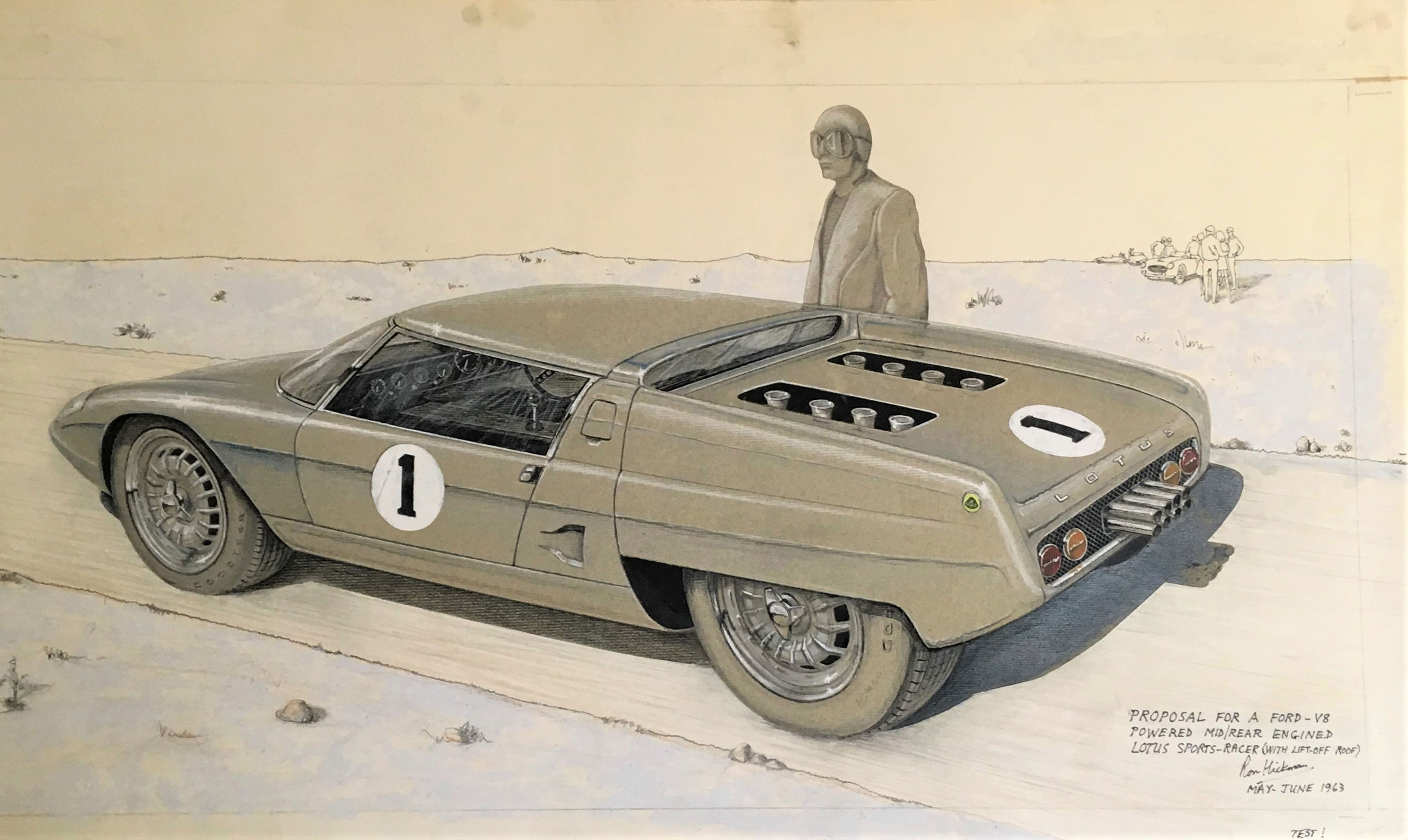 Following a recent donation of material relating to the designer and inventor the late Ron Hickman, Senior Curator Sarah Wyatt explores the story of the Lotus Europa.

In 1963, Ron Hickman designed a mid-engined sports car as part of Colin Chapman’s bid to produce a high-performance endurance Ford racing car to rival Ferrari. Lotus’s failure to win the Ford contract led to the Lola-designed Ford GT40 and an opportunity for Lotus to use the design for themselves.

After the success of the Elan, Lotus were keen to produce a sports car at a lower price point, one that could be easily maintained without specialist knowledge. The Europa was initially only to be sold in kit form in the UK, with fully built cars only being supplied to the European market.

In a departure for Lotus, the Europa was mid-engined:

The Lotus Europa was built to satisfy the demand for a mid-engined sports car, which had been inspired by Grand Prix cars of that configuration1 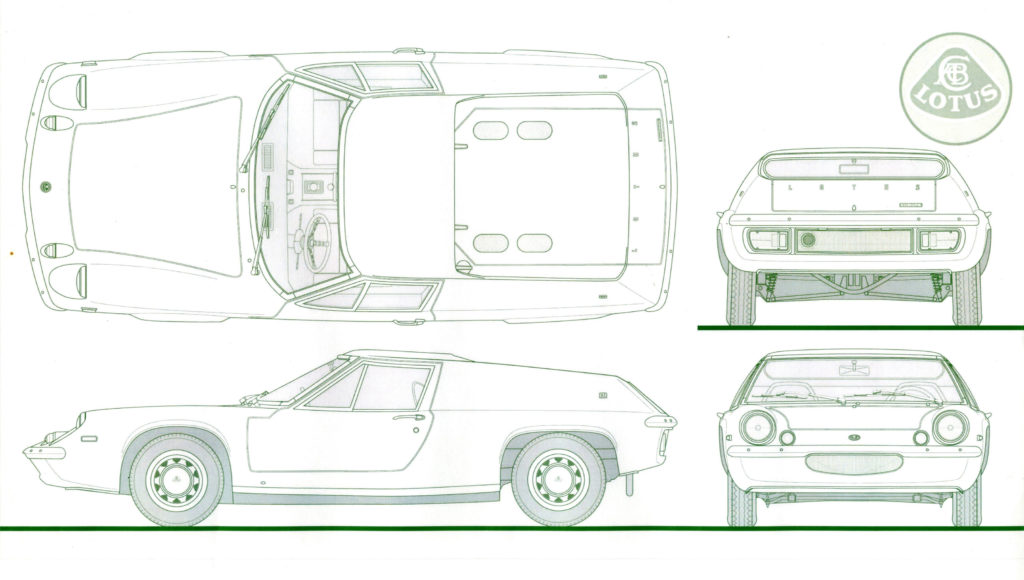 The Europa used a similar concept to the Elan, a steel backbone and glass fibre body. The body had an impressive drag coefficient of Cd 0.29. Despite Hickman’s reservations, the first series, the S1, had the fibreglass body fully bonded to the chassis. This provided extra strength and stiffness but made repairs difficult to execute. It also meant that it had to have fixed windows and that the seats were non-adjustable, which was fine if you had Colin Chapman’s build:

Chapman made seats fixed in a position that suited him2 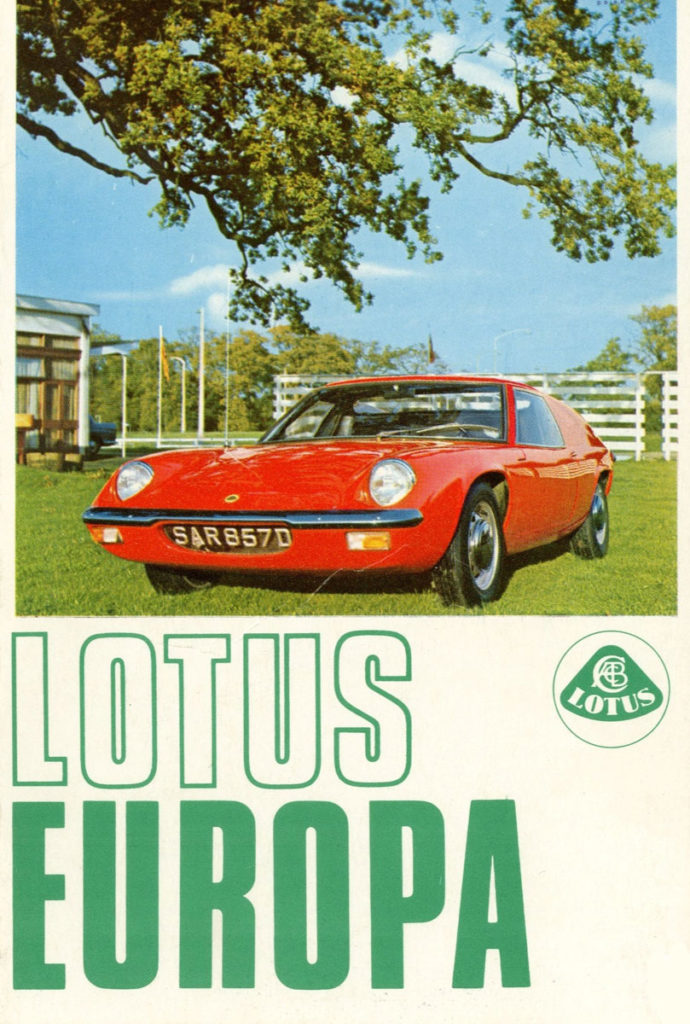 Lotus struck a deal with Renault to supply the transaxle plus the engine from a Renault 16. This had several advantages, the engine could be easily adapted to mid-engine use, it meant that Lotus were not totally reliant on Ford and for a vehicle squarely aimed at the European market it was good publicity. The engine was tuned to develop 82 bhp, an increase on the original 59 bhp.

The name of the car proved to be a little contentious. Colin Chapman favoured “Elfin” until it was pointed out to him that, given the car was intended for the European market, “el fin” means “the end” in Spanish. The name “Europa” won out.

The rear fins were a controversial and not altogether popular design feature. John Bolster comments:

Everyone was unanimous in hating the tunnel vision to the rear, caused by the two vertical fins3

In 1971 these were finally removed from the design of the Europa.

The very low height of the Europa caused some issues with owners. In terms of ventilation, it was at the perfect height to suck in fumes from other road users’ exhausts. High kerbs had to be avoided or doors could not be opened. Toll booths were also problematic. The headlamps were too low to be legal in the USA. Lotus had an initial work round to raise the nose of the vehicle by swapping round the front wishbones:

This got them past the customs but upset the handling dreadfully, so owners were quietly advised to swap them back.4

The authorities eventually caught on to this subterfuge and a later “federal bodied” Europa was produced to meet the American standards. 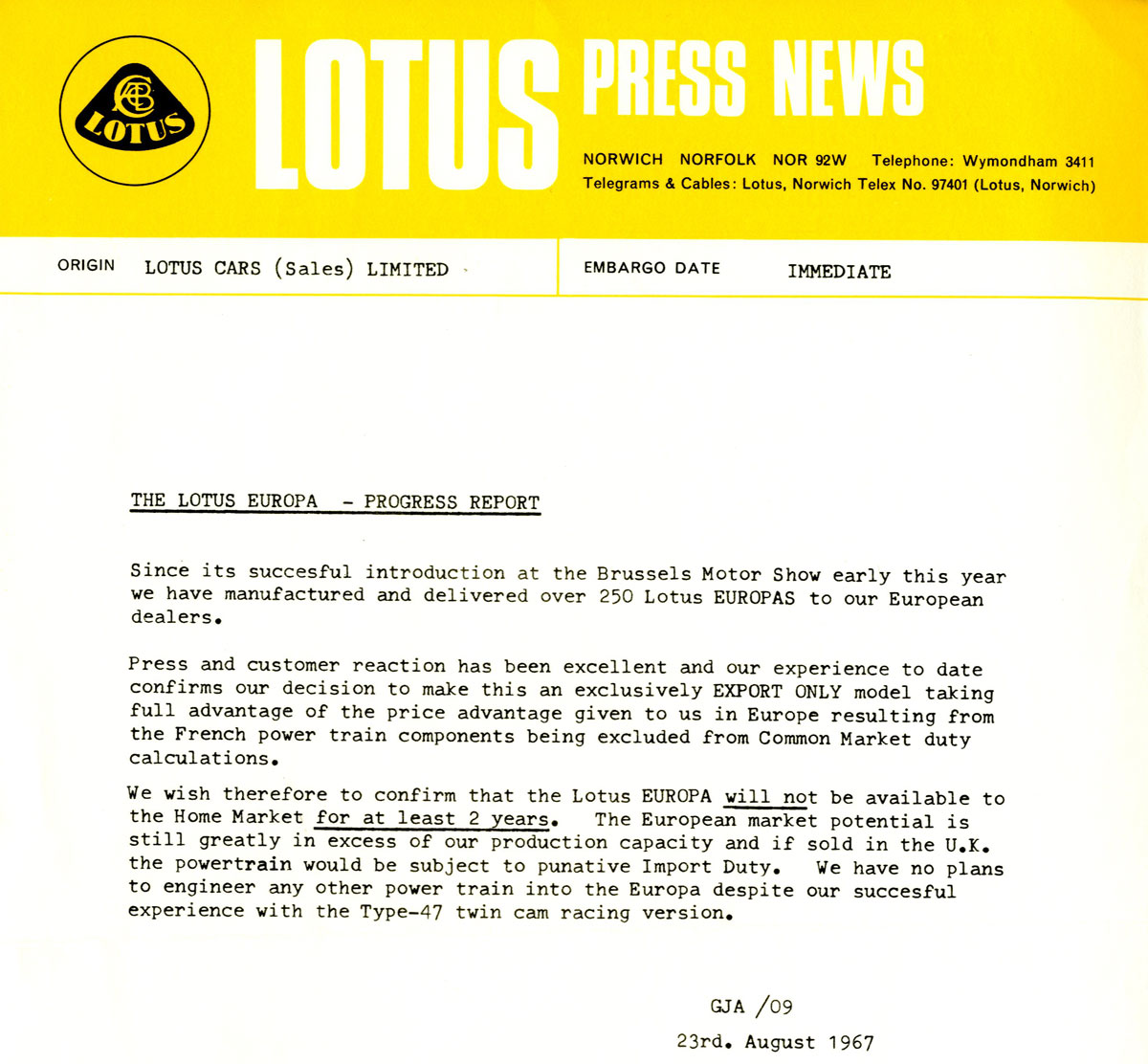 Despite the target price of £650, the first Europasproduced in 1966 priced at just over £1,000.The first 500 vehicles were to be exported to France in view of the tie-up with Renault. However, only 296 S1 Europas were produced. 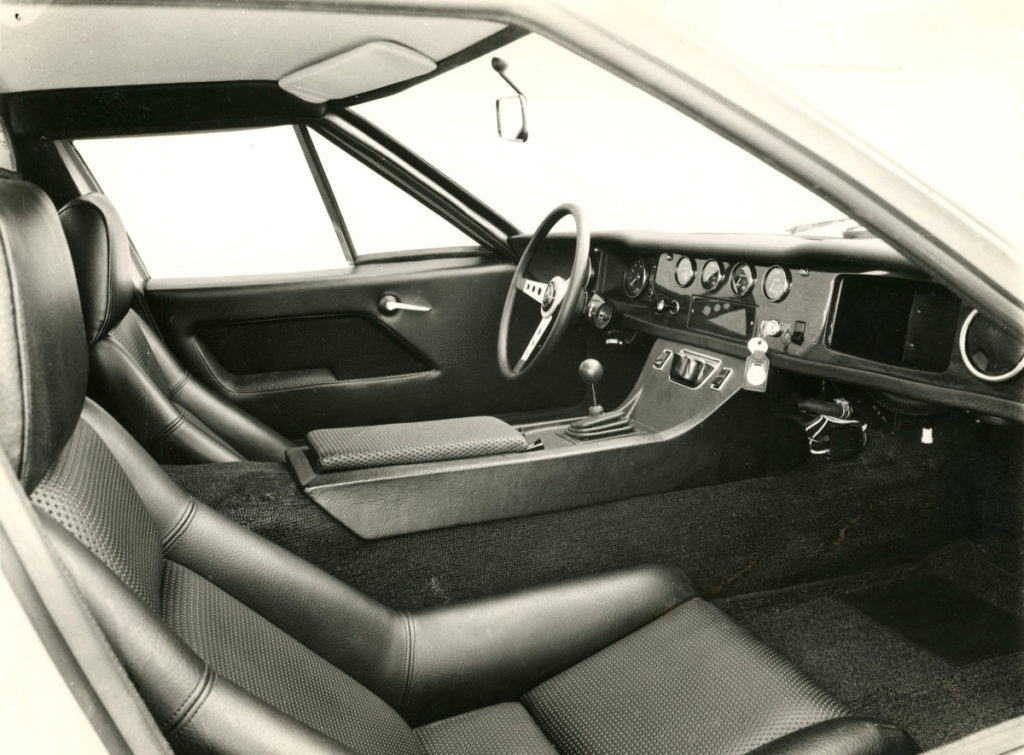 The fully bonded body did not provide the ease of maintenance that was needed for the car so when the next iteration, the S2 in 1969, was designed, Lotus reverted to the bolted on, detachable body concept that worked so well for the Elan. A further advantage of this approach was that it allowed an upgrade to the equipment such as opening (electric) windows and adjustable seats. The S2 was offered at £1,275 in kit form and £1,667 fully assembled. This time it was made available to the UK market.

Ron Hickman’s design was in production until 1975 with a total of 9,230 cars having been produced.

3 thoughts on “Ron Hickman and the Lotus Europa”