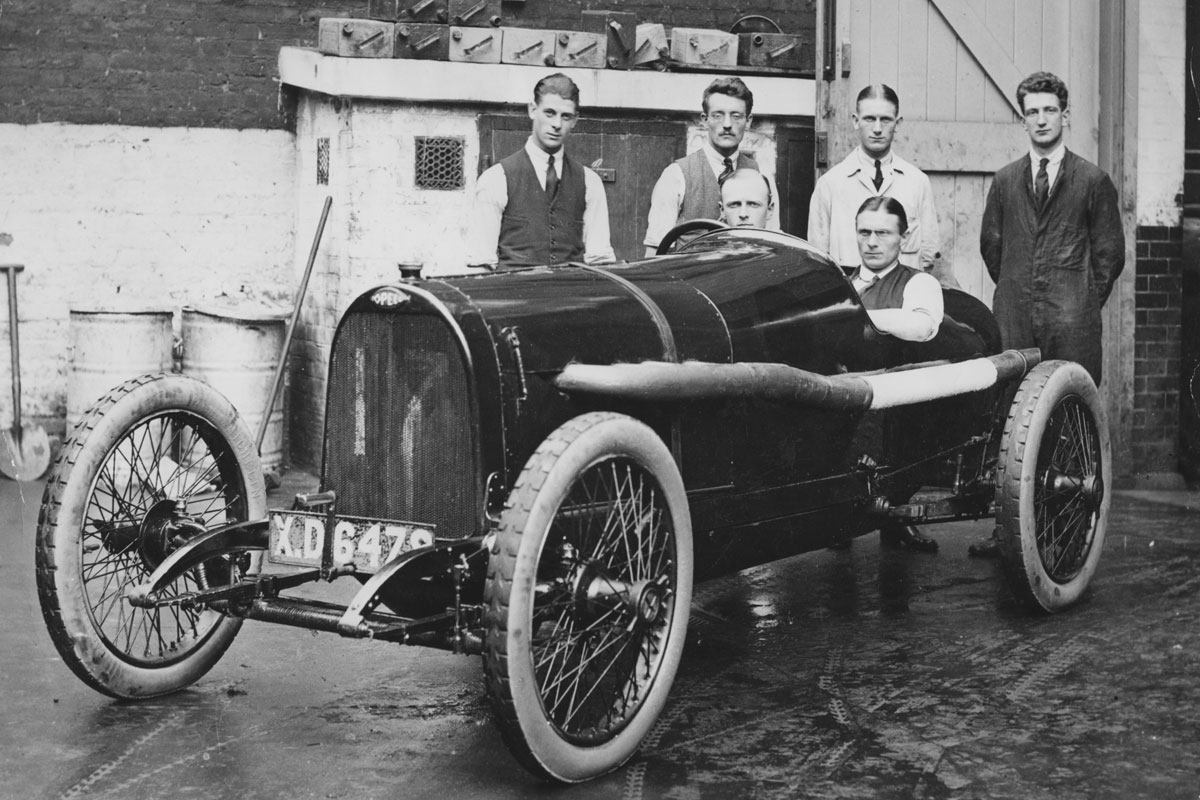 Major Henry O’Neal de Hane Segrave was something of a national hero during the 1920s. Famous for his racing exploits for the Sunbeam-Talbot-Darracq combine, Britain’s first Grand Prix winner and the holder of the Land Speed Record on three occasions, he won his first motor race at Brooklands one hundred years ago on 20th May 1920. 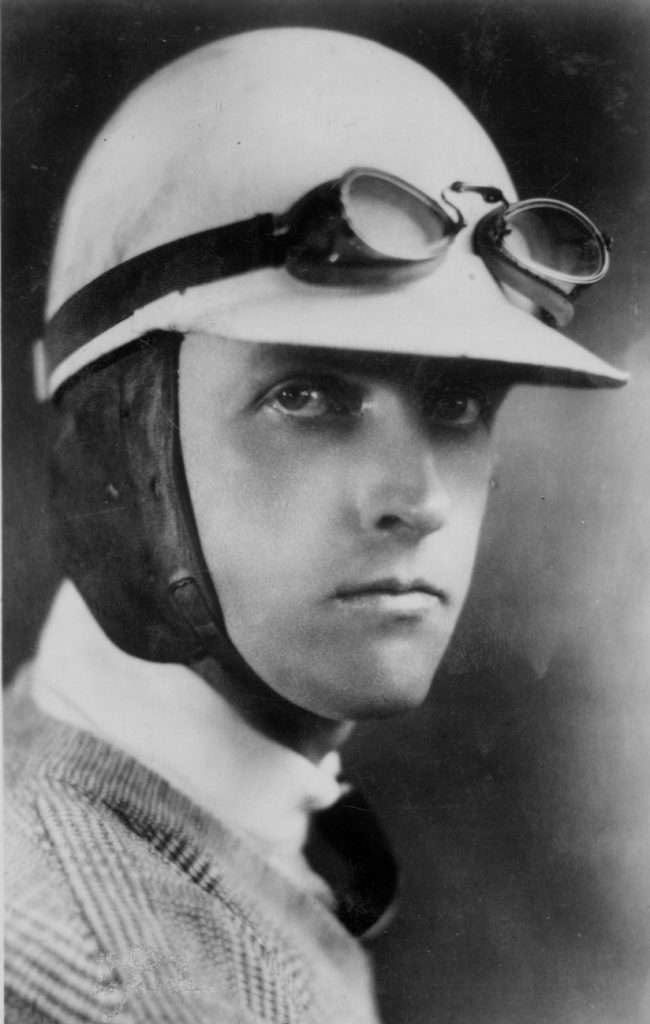 Like many 1920s racing drivers, Segrave had served during the First World War. Commissioned into the Royal Warwickshire Regiment in November 1914, he was wounded in action twice during the first year of the war. In 1915 he transferred to the Royal Flying Corps and trained as a pilot. Shot down over the Somme in July 1916, he saw out the war as a staff officer ending up in the RAF’s admin branch. He resigned his commission in 1919 and looked for new challenges.

Segrave’s early involvement in motor racing was through another former RFC pilot, the controversial Captain Alastair Miller, already a well-known Brooklands racing driver and motorcyclist. Segrave was given the opportunity to drive one of two 1914 Grand Prix 4.5 litre Opels that Miller had recently acquired.

Miller entered the two Opels for the Whitsun 1920 meeting at Brooklands on 20th May. The other car was entrusted to L.G. Hornsted, best known for being the first Briton to take the Land Speed Record when he drove a Blitzen Benz to 124 mph at Brooklands in June 1914. In his first race that day, Segrave’s car lost a tyre while at high speed out on the Member’s banking. Accounts suggest that he displayed a great deal of driving skill, maintaining control of the car and returning safely to the paddock. Later that day Segrave took the re-shod car back out to compete in the spring handicap race which he won at a speed of 88.1mph, the first of his many motor racing victories.

His success, and display of driving skill, on that day in May led to Segrave making a further appearance in the Opel at the Westcliffe speed trials as well as in another two races at Brooklands. Perhaps more importantly, his performance was noticed by Sunbeam’s Louis Coatalen and it’s widely thought that this led to him being offered the chance to drive for Sunbeam. The rest, as they say, is history.

Sir Henry Segrave is one of the true icons of the heroic age of speed; fighter pilot, racing driver, Land Speed Record holder and power boat racer. Two of his Land Speed Record cars, the 1927 1,000hp Sunbeam and the 1929 Irving Napier Special ‘Golden Arrow’ are on display in the National Motor Museum. The latter is the subject of an Arts Council England funded project, The Golden Arrow – Shot from the Past, Aimed at the Future, that will reinterpret this truly iconic machine.