2018 is an important anniversary in the history of democracy in the United Kingdom. It is 100 years since Parliament passed The Representation of the People Act, which allowed some women, and all men, to vote for the first time.  In April of 1918, women were allowed to sit in the House of Lords for the first time and in the November they were permitted to stand for election to Parliament. Ten years later the Equal Franchise Act 1928 finally allowed both men and women equal rights to vote at the age of 21. 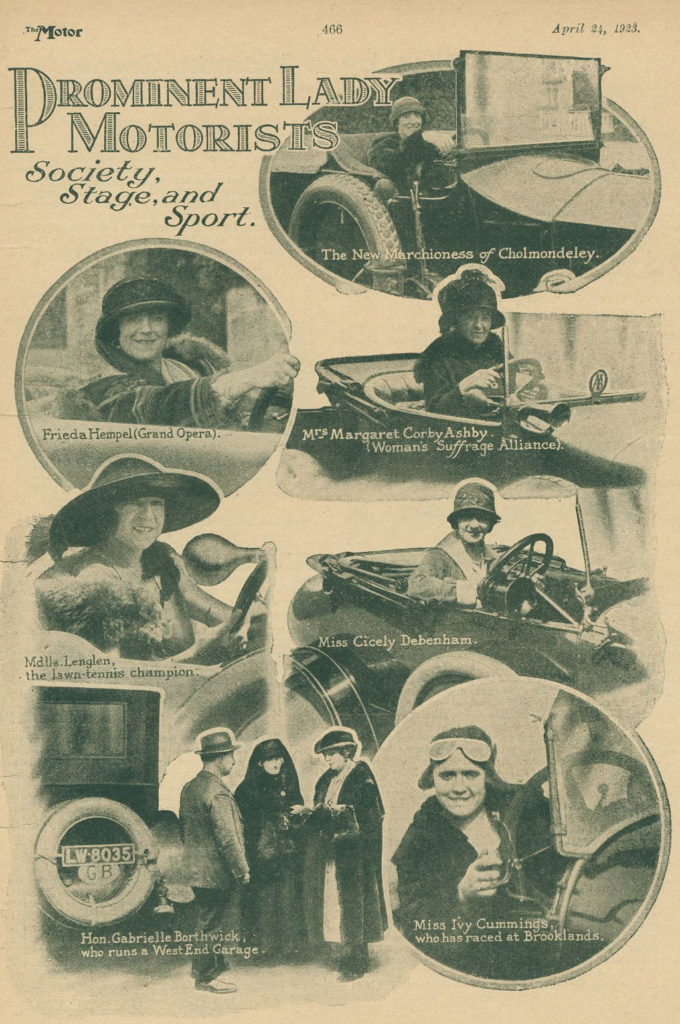 To honour these important milestones, the National Motor Museum Trust have initiated a project to explore the connection between motoring and the suffrage movement, and the emancipation of women in the broader context. As part of the project we are collaborating with history undergraduates from The University of Southampton to research this subject. The students will research the whole breadth of our collections from Edwardian motoring periodicals to photographic albums and advertising brochures.

Suffragism started to gain momentum in the early 1900s. The First World War added fuel to the movement as it opened up more opportunities for women’s work, both on the home front and behind the battle lines. Women took on commercial and governmental driving roles to keep deliveries and public transport going. Those that went into the theatre of war not only ran the ambulance convoys but also became dispatch riders and military transport drivers.

Within the Suffrage Movement, motorcycles and motor cars were a means for women to take their message out to the country, as well as to keep ahead of the pursuing long arm of the law.

Established in 1903, the Women’s Social and Political Union (WSPU), was the leading organisation in the campaign for Women’s suffrage. Disparagingly termed “suffragettes” in the Daily Mail in 1906, the WSPU adopted the word as their own. Their slogan was “Deeds, Not Words” and they were strong advocates for direct action including hunger striking, arson, chaining themselves to railings and even throwing an axe at the Prime Minister in 1912.

Stay posted for updates and news on the project.