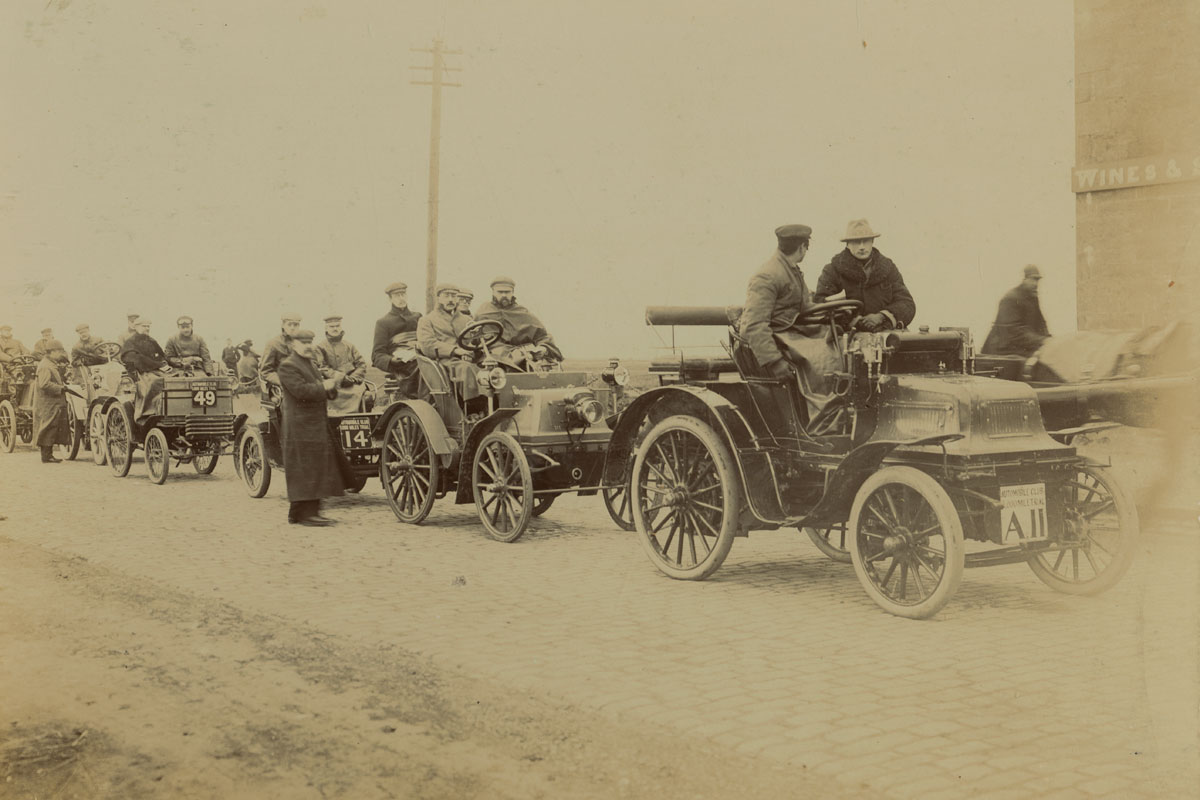 On the 120th Anniversary of the Thousand Mile Trial, Research and Enquiries Officer Patrick Collins, tells the story of this historical event and its association with Beaulieu and the Montagu family.

At the beginning of the 20th century motoring was finally just starting to catch on in Britain. A small number of British manufacturers were becoming established, forming the nucleus of what would soon become a major industry. Yet throughout the country people remained sceptical about the impact of the motor car whilst many more had yet to actually see one of the machines for themselves. Against this background a group of leading motorists proposed an event that would test the current crop of motor cars whilst allowing a large slice of the population to see what all the fuss was about, the Thousand Mile Trial. 23rd April marks the 120th anniversary of the start of this important event.

Organised by the Automobile Club of Great Britain & Ireland (forerunner of the Royal Automobile Club) the Thousand Mile Trial started in London  on 23rd April and followed a route that included Bristol, Birmingham, Manchester, Carlisle, Edinburgh, Newcastle, Leeds and Nottingham before returning to the capital on 12th May. For many ordinary people in the Midlands and North it would be their first encounter with the motor car. At various locations along the route the entrants and their machines were tested in a speed trial and a number of hill-climbs.

Entries were divided in to two classes; manufacturers and private owners. Manufacturers entries included cars from Wolseley, Lanchester, De Dion Bouton, Daimler, Gladiator and the Motor Manufacturing Co (MMC) as well as quadricycles and tricycles from Ariel. The list of drivers was effectively a ‘Who’s Who’ of the leading motorists of the time including such well-known names as C.S. Rolls, Claude Johnson, S. F. Edge, Mark Mayhew, J.D. Siddeley, Montague Grahame-White and Henry Hewetson.

Among the private entries was none other than the Hon. John Scott Montagu MP, later 2nd Baron Montagu of Beaulieu, at the wheel of his 12hp Daimler, the car that he had driven to third place in the touring car class of the previous year’s Paris to Ostend race. This significant car is part of the National Motor Museum’s Vehicle Collection .

Besides the Daimler, the National Motor Museum’s collections include a number of other items associated with the Thousand Mile Trial including original programmes and contemporary coverage from the motoring press held in our Reference Library Collection and a marshal’s flag in our Object Collection

Another significant object telling the story of the trial is the album of images by the famous photographer Argent Archer that was acquired a few years ago with the generous help of the Beaulieu 100  which forms a fascinating record of this notable event. Further to the purchase of the album, Beaulieu 100 members also helped finance its restoration and conservation in order that it can continue to be enjoyed by future generations.