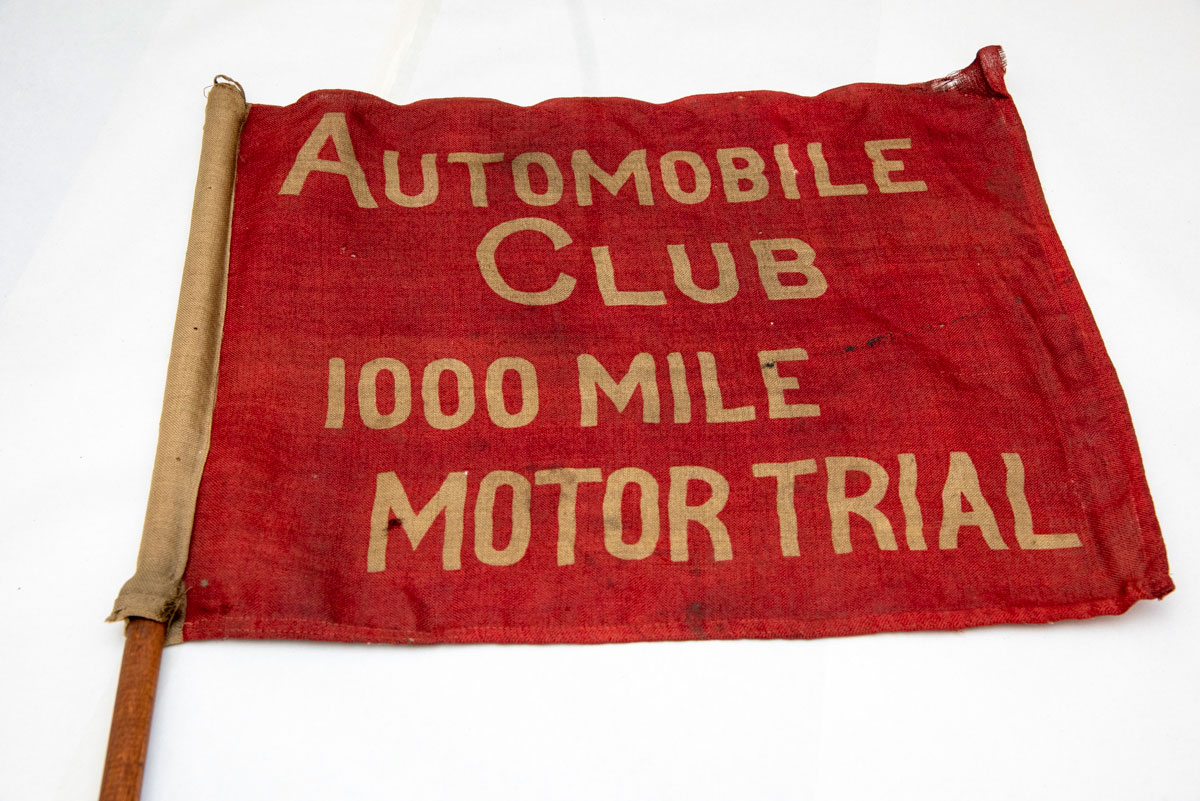 A flag used in the Automobile Club’s Thousand Mile Trial of 1900 has been donated to the National Motor Museum Trust. In this blog, Research and Enquiries Officer Patrick Collins, explores the significance of the flag and its link to the Montagu family.

This simple red flag is an important link with one of the earliest large scale motoring events held in Britain. During the spring of 1900 the Automobile Club of Great Britain & Ireland (forerunner of the Royal Automobile Club) staged the Thousand Mile Trial, a long distance test of both drivers and cars that linked major towns and cities in England and Scotland. The trial not only showcased the construction and reliability of the car but helped to change people’s negative preconceptions about motor cars at the turn of the century.

Participants included many of the leading early British motorists including S F Edge, C S Rolls, Herbert Austin, Montague Grahame-White and John Montagu, grandfather of the current Lord Montagu. It was the first opportunity that many ordinary people around the country had to actually see and get close to a motorcar and many turned out to watch the spectacle when the trial reached their town.

The flag complements a previous acquisition by the National Motor Museum of a photo album documenting the Thousand Mile Trial by the events official photographer, Albert Argent Archer. Images from this album can be viewed on the Motoring Picture Library website.