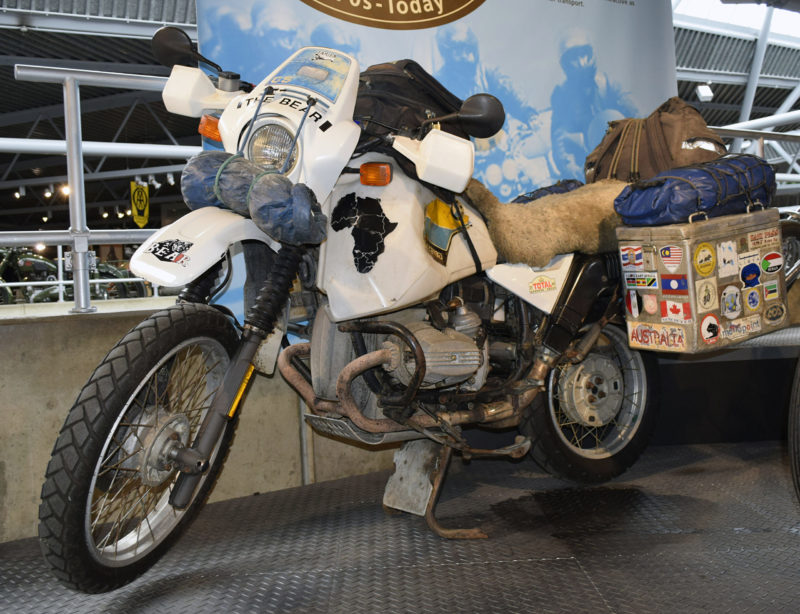 Having already completed an epic 100,000 mile round the World motorcycle adventure on a 1991 R100GS, husband and wife team Pat Garrod and Vanessa Lewis then used this 1988 machine for their 26,000 mile circumnavigation of Africa. Modifications, transferred from the original bike, include a 43-litre tank and uprated suspension. All these journeys were achieved riding two-up.

The GS series was developed from BMW’s successful Paris–Dakar Rally bikes of the early 1980s. The R100GS, introduced in 1987, along with the later R1100, 1150 and 1200GSs have become the definitive motorcycle for long-distance, overland journeys. Many manufacturers have built bikes to rival the BMW but for many people only a GS will do the job.

Find out more about ‘the Bear’ at: http://www.theworldoverland.com