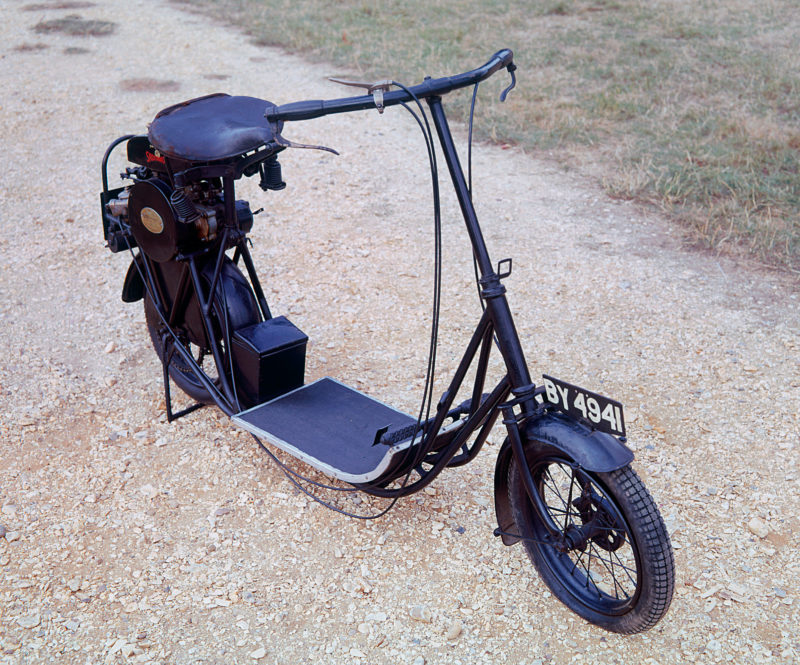 Motor scooters were popular for a period following World War One. The ABC Skootamota was the most successful. It was designed by the well-known engineer Granville Bradshaw for the All British (Engine) Company (ABC). Gilbert Campling Ltd. marketed the Skootamota as a runabout for the lady rider, doctor or businessman.

ABC began as a manufacturer of engines for cars, motorcycles and aeroplanes. They produced their first complete motorcycle in 1913. The company made aircraft engines during World War One, returning to motorcycles in 1919 with the Skootamota and a 350cc motor bike. ABC ceased motorcycle production in 1921, continuing to make cars until 1927.