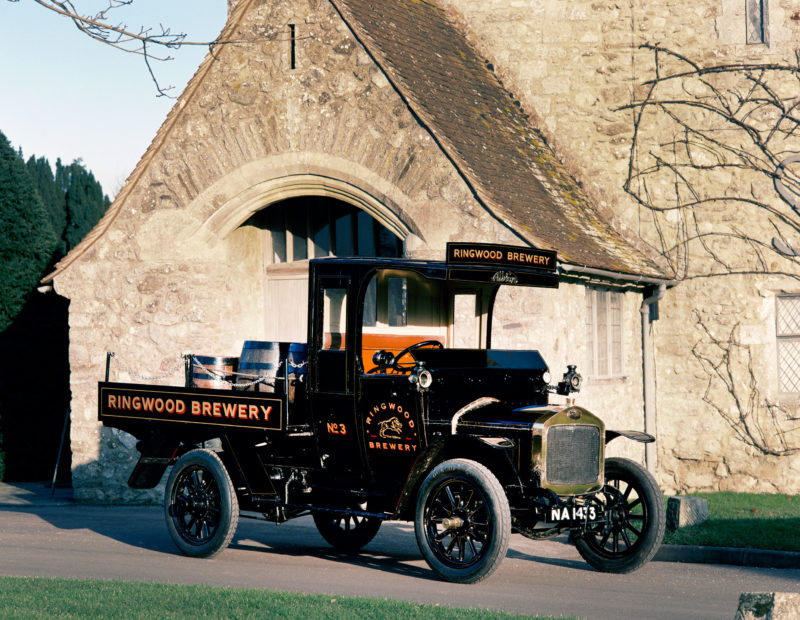 Albion introduced the A14 in 1911, a 4 cylinder model that could be built as a 10 – 20cwt light van or lorry, light bus, taxi or as a range of cars. Drive to the back axle was provided by shaft and worm gear rather than the chain drive more common on the company’s vehicles at that time. This lorry was built in June 1914 and spent its working life in the Manchester area. It was rescued from a breaker’s yard in 1958 and restored by Albion Motors for the then Montagu Motor Museum. It is restored as a brewer’s dray.

Founded in 1899, Albion stopped manufacturing cars in November 1913 and concentrated on commercial vehicles. Renamed Albion Motors Ltd in 1931, they became a Leyland subsidiary in 1951. The Albion name was dropped in 1972, after which all Scotstoun made vehicles were badged as Leylands.

Sure as the sunrise