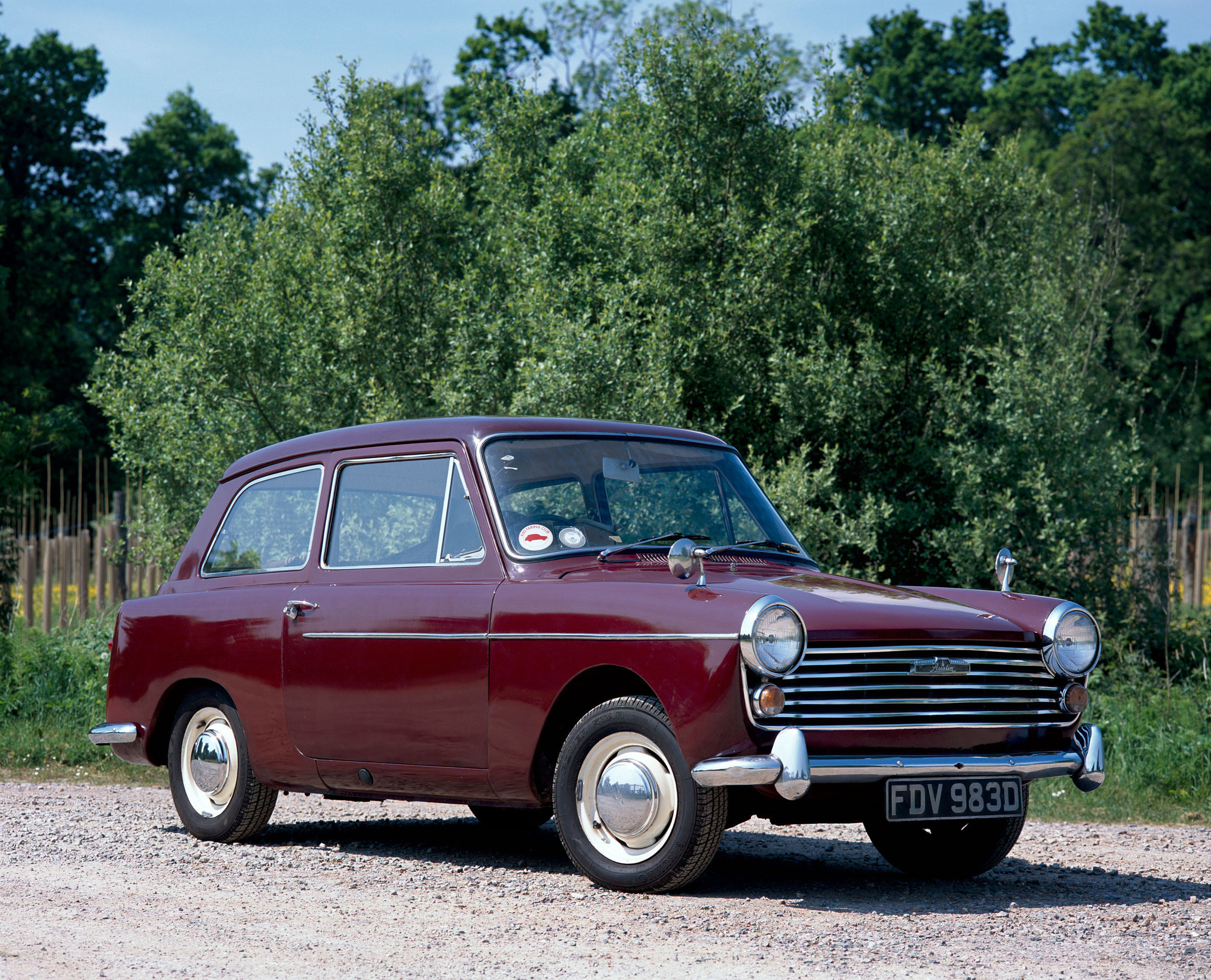 The British Motor Corporation introduced the compact Austin A40 in 1958. Originally only available as a two-door saloon, it was intended as a replacement for the A35 from which it was derived. In fact, it turned out to be a much larger car and the A35 was produced alongside it for another year until the Mini was launched. The A40 was the first BMC car to be styled by Pininfarina of Italy, a relationship that would continue for the next decade.

The A40 Countryman, with split tailgate, was introduced in 1959, effectively becoming the first small modern hatchback. In 1961 a longer wheelbase MkII version was launched with more powerful development of the A-series engine and a revised grille. A larger 1,098cc engine followed in 1962. A40 production ended in 1967, with 364,000 having been built.

Above all it is a soundly engineered, pleasant looking and practical small car