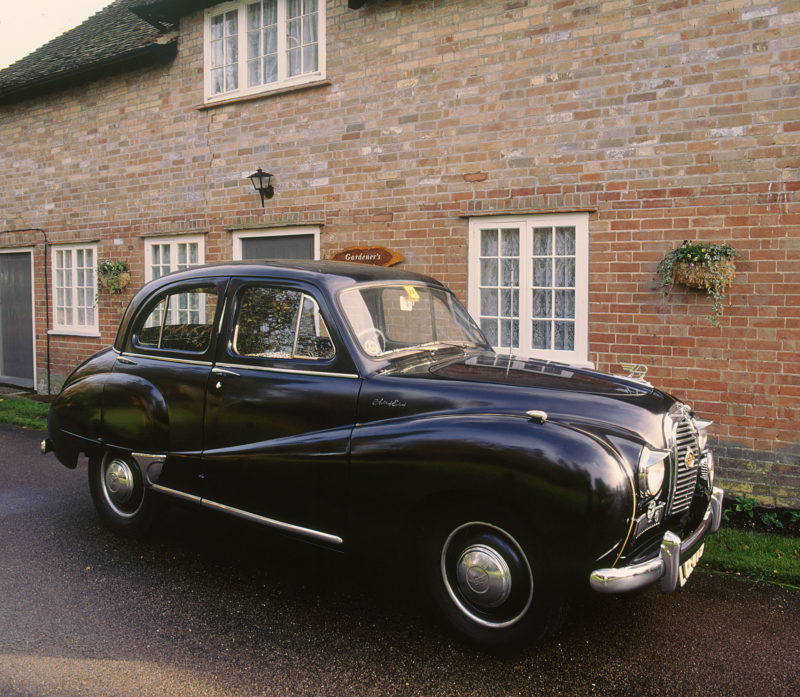 The Austin A40 appeared in 1948, replacing pre-war models such as the Austin Eight, Ten and Twelve. Available as either the four-door Devon or the short-lived two-door Dorset, the A40 retained a separate chassis and incorporated independent front suspension. Styling showed a distinct American influence. The A40 became the Somerset in February 1952 and was restyled to match the A70 Hereford and A30. Hydraulic brakes and a column gear change were now standard, previously only available on the Devon in 1951.

A total of 166,063 A40 Somerset saloons were built between 1952 and 1954, along with 7,243 drophead coupes. By 1954 the Somerset looked dated and a completely new A40, the Cambridge, with unitary chassis was introduced. This shared the B-series engine with the rival Morris Oxford, following the merger of Austin and Morris to form the British Motor Corporation (BMC) in 1952.