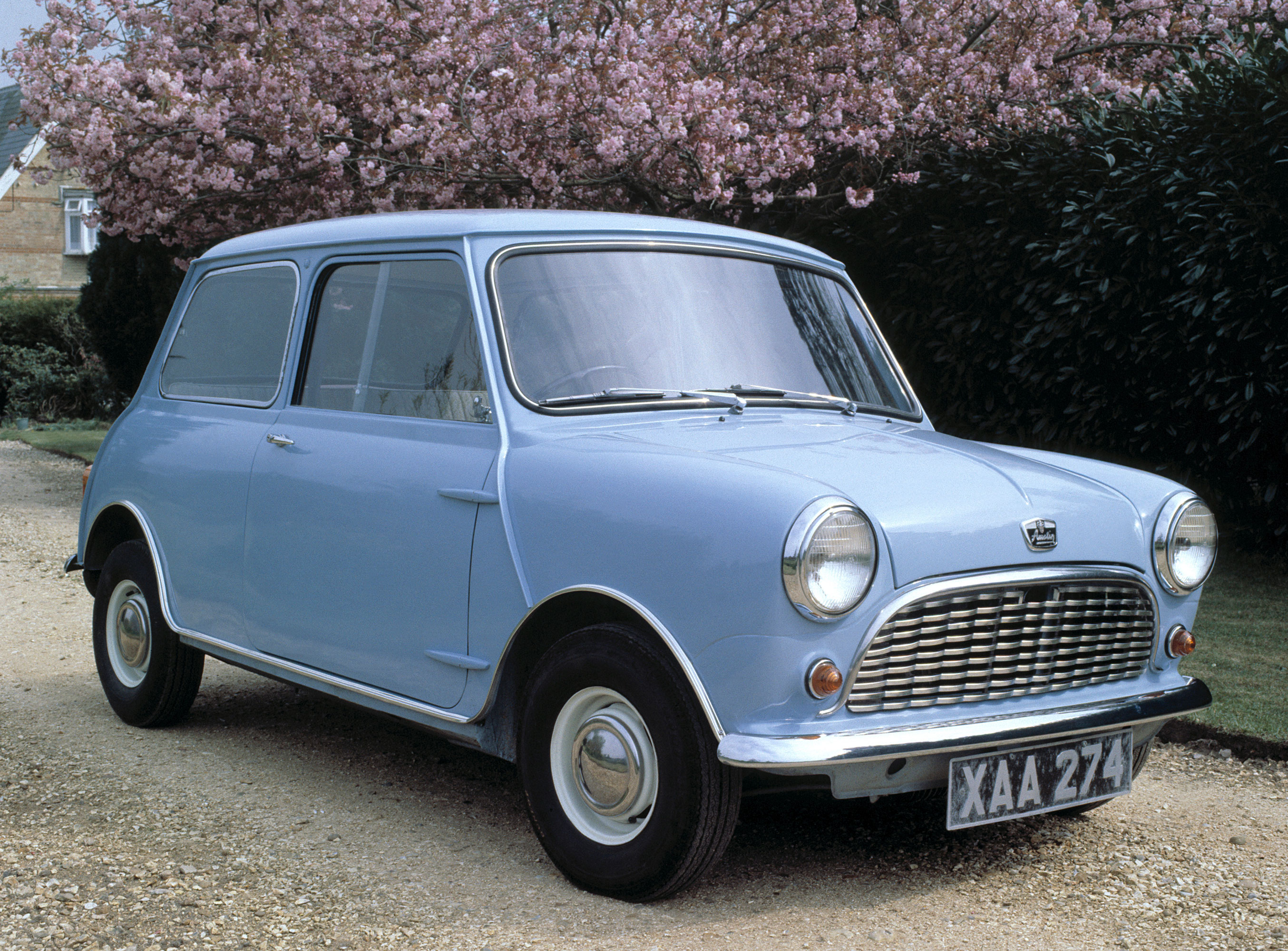 Originally launched in 1959 as the Austin Seven and the Morris Mini-Minor, but known to millions simply as the Mini. The British Motor Corporation’s new small front-engine, front wheel drive car was destined to become a classic. Production of the original Mini continued until 2000 by which time over 5 million had been built; the best selling British car ever. This October 1959 car is one of the oldest in existence.

The Mini was the brainchild of Alec Issigonis who had previously designed the Morris Minor. It was the first car to combine a transverse mounted front engine and front-wheel drive into such a tiny package, a formula many other manufacturers would eventually copy. The Mini was developed into estate, van and pick up versions whilst the tuned Mini-Cooper became a huge success in motor sport, particularly rallying.

More room in a small car