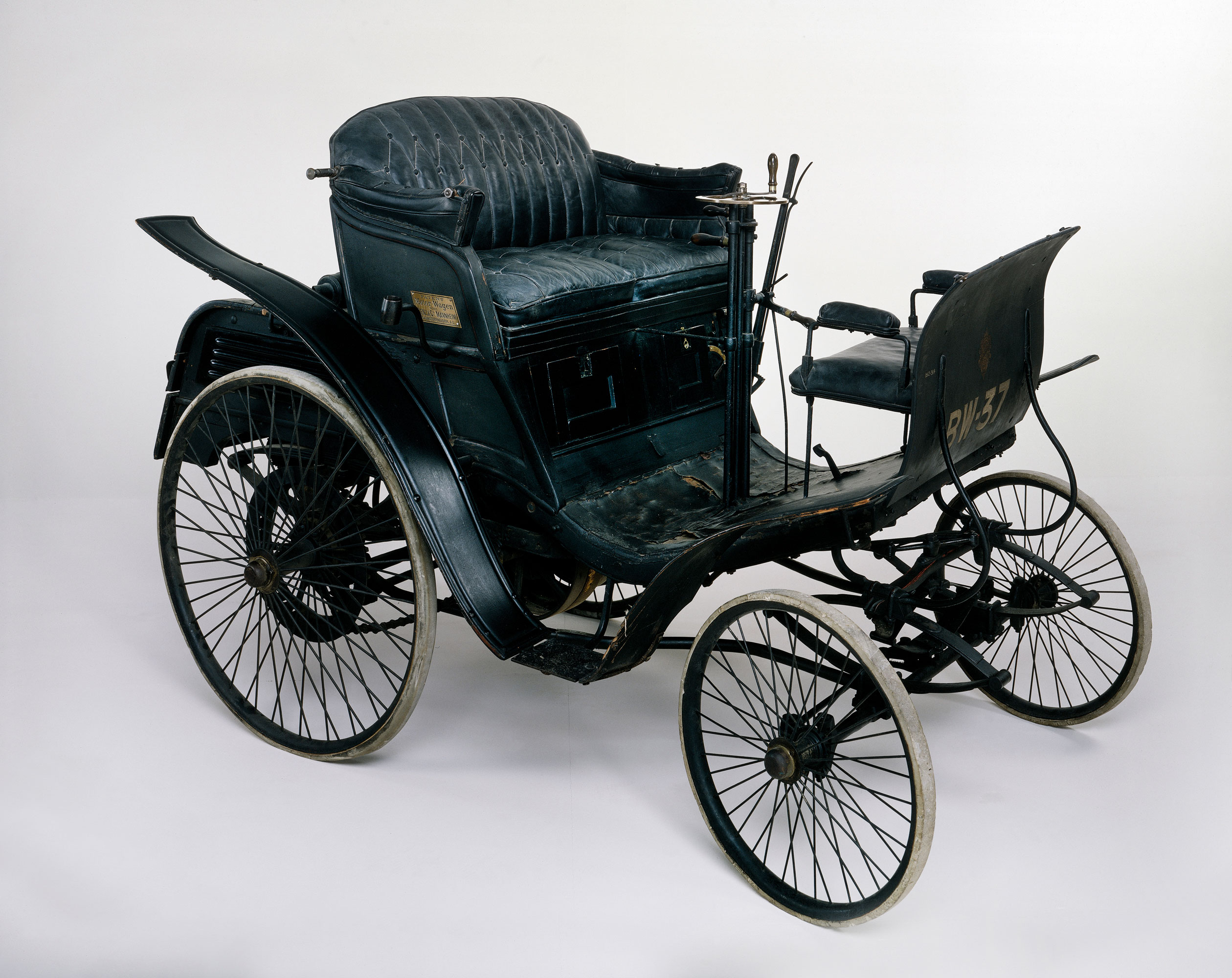 The Benz Velo (Velocipede) was the second of Karl Benz’s four-wheeled production models and was produced from 1894 to 1900. The lightweight two-seat machines heralded a dramatic increase in sales for the company.

Following the first successful petrol-engined car of 1885, Karl Benz went on to produce cars for public sale from 1888. For ten years Benz led the world in car production. Benz & Cie. produced not only motor cars but commercial vehicles and a range of stationary industrial engines. The 1896 output of 181 vehicles exceeded the combined efforts of all the car makers in Britain and the United States of America. By 1900 the company had produced over 2,000 vehicles but designs were already becoming dated and sales began to fall sharply. Benz was reluctant to modernise and in 1903 resigned from the company he had founded.

They were simple and reliable, but even in 1900, they were badly out of date and beginning to be ridiculed