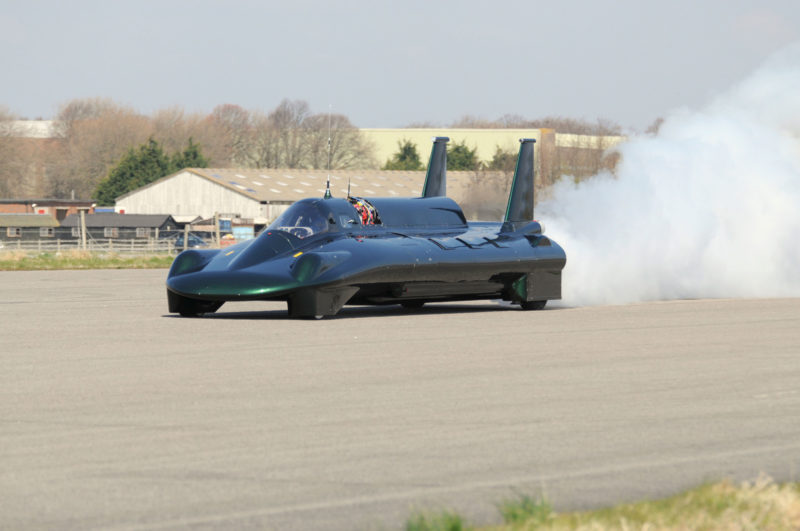 On 25 August 2009, at Edwards Air Force base in California, Charles Burnett III drove the British Steam Car ‘Inspiration’ to a new Land Speed Record for steam power, recording an average speed of 139.843mph. The next day Don Wales, grandson of Sir Malcolm Campbell, drove the car even faster, setting a kilometre record with an average speed of 148.166mph. Altogether the team claimed five international and American speed records.

The record that the team broke had been established at Daytona in 1906 when Fred Marriott drove the Stanley steam car ‘Rocket’ to a speed of 121.57mph. At the time this was the outright Land Speed Record and would stand for three years before it was broken by Victor Héméry at the wheel of a Benz. The record speed for a steam car remained unchallenged for 103 years.

The car really did handle beautifully