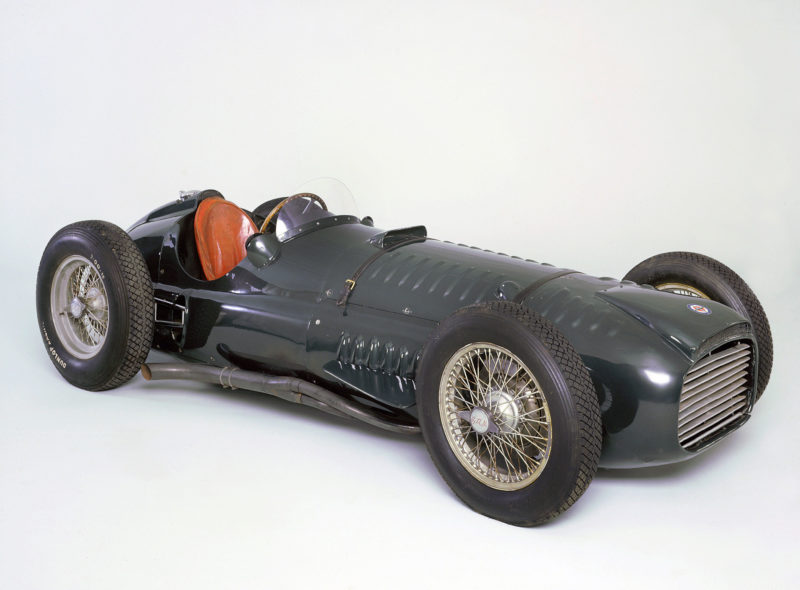 British Racing Motors was established in the 1940s to build a British Grand Prix car. The result was the iconic BRM Type 15, powered by a 1½-litre 16-cylinder supercharged engine, and the first car to use disc brakes in road racing. Although ultimately unsuccessful, the BRM was a stepping stone on the path to Britain’s dominance of the sport in later years. Even with drivers such as Juan Manuel Fangio and Stirling Moss, BRM V16s met with little success, finishing in only one World Championship event, the 1951 British Grand Prix. This car, chassis 1/01, was driven to fifth place in that race by Reg Parnell.

BRM was founded by Raymond Mays and Peter Berthon, creators of the pre-war ERA car, with backing from the British motor industry. It became part of the Owen Racing Organisation in 1952, gaining 17 Grand Prix victories between 1959 and 1972.

It looks good and sounds even better