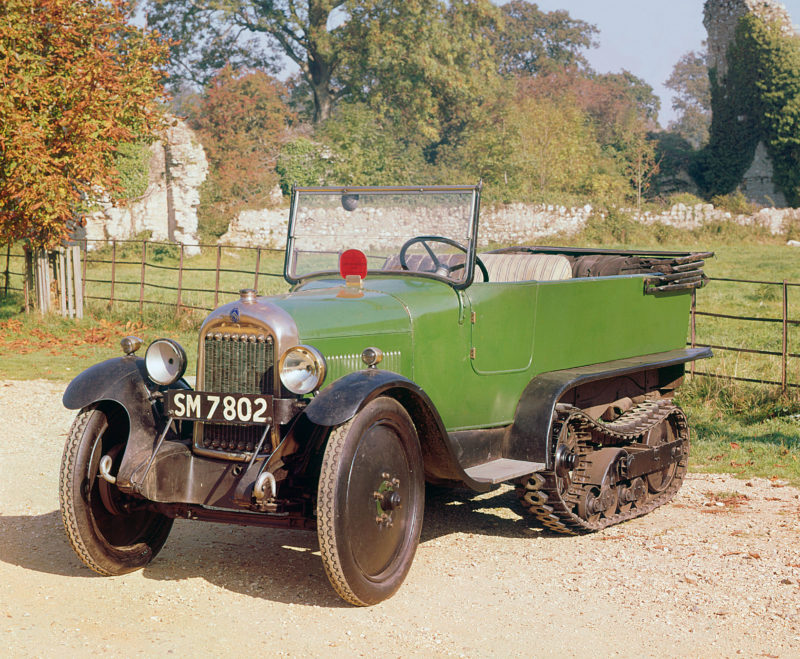 The forerunner of modern off-road vehicles. French engineer Adolphe Kégresse originally developed a half-track car for Tsar Nicholas II of Russia before the First World War. In 1920 André Citroën acquired the rights for the invention and created a separate company to allow Kégresse to further develop and market his ideas for the Autochenille, or caterpillar car. Much publicity was generated using Citroën Kégresse vehicles on a series of ambitious overland expeditions across Africa and Asia. Production vehicles proved popular with the military and, in particular, found use throughout Europe in farming and forestry roles.

In the UK, the Citroën Kégresse became a popular choice for transport on the grouse moors of Scotland and Northern England. The Museum’s example originally served with the French Army before passing into the ownership of the Duke of Buccleuch and used on his estate at Drumlanrig Castle in Dumfrieshire. It changed hands a number of times between the 1930s and1950s, eventually coming to Beaulieu in 1959. Since then, it has been displayed at various locations and may now be seen at its former home at Drumlanrig.