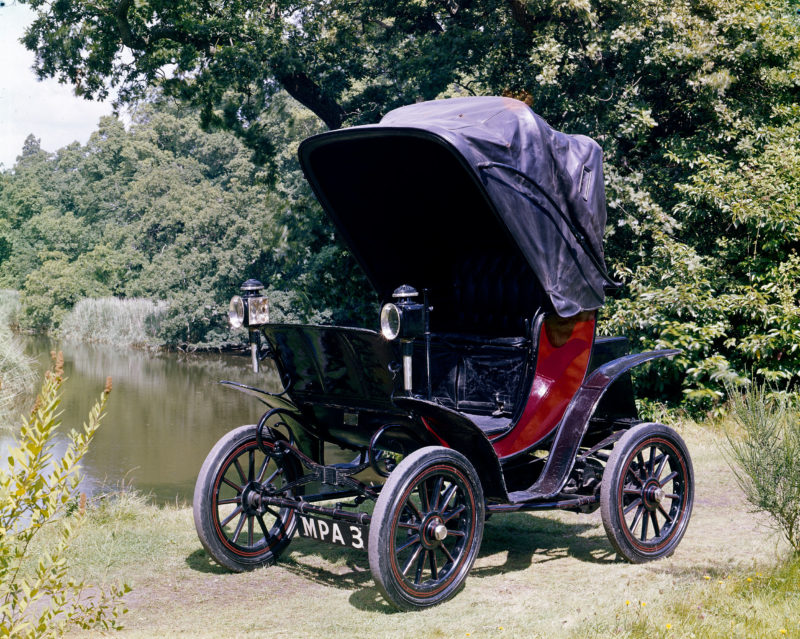 This Columbia electric car was bought new by Queen Alexandra for use in the grounds of Sandringham House, Norfolk. It is one of a range of electric vehicles manufactured in the USA under the Columbia name and marketed in Britain by The City & Suburban Electric Carriage Co. of London. The body is a ‘victoriette’ fitted in Britain. Mr RGJ Nash acquired this vehicle for his collection in the 1930s and drove it regularly when petrol was rationed in the 1940s.

The first practical electric road carriage was built by Magnus Volk of Brighton in 1887. By the beginning of the 20th century, several manufacturers were marketing electric vehicles. They were clean and silent but the batteries were heavy and the distance between charges was limited. One charge of the battery gave the Columbia a range of forty miles.