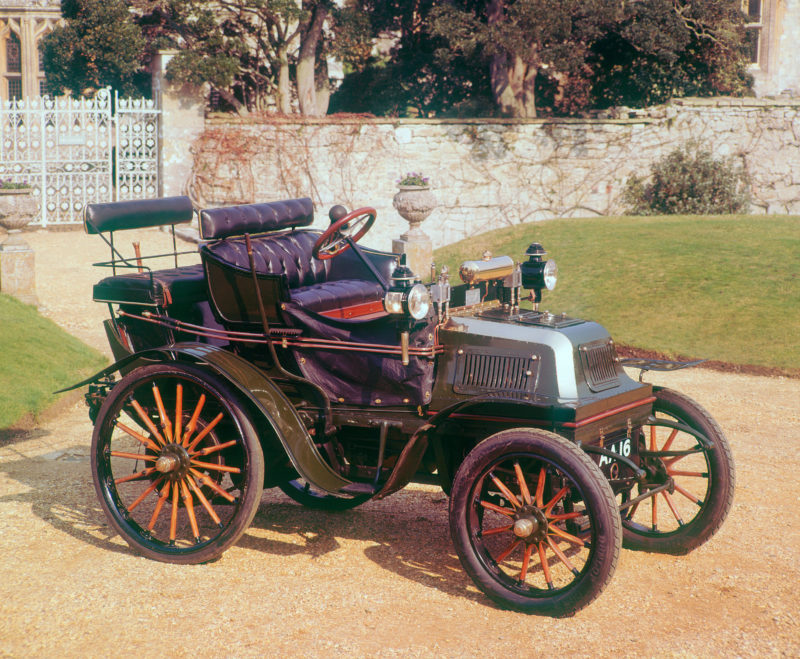 This Daimler 12hp holds a significant place in British motoring history. John Montagu MP acquired it new in May 1899 and regularly drove it from the New Forest to London. That summer, it became the first petrol-engined vehicle to enter the Palace Yard of the House of Commons.

At the end of August 1899, John Montagu entered the Daimler in the Paris–Ostend road race. Together with C S Rolls, who drove a Panhard, he was one of the first two British drivers to compete in a European motor race. He finished third in the Touring Class.

In April and May 1900, Montagu drove the car in the Thousand Mile Trial organised by the Automobile Club of Great Britain & Ireland. Intended to promote and publicise motoring to the British public, the event started and finished in London and passed through major cities of the Midlands and North.

The most up to date car built in this country