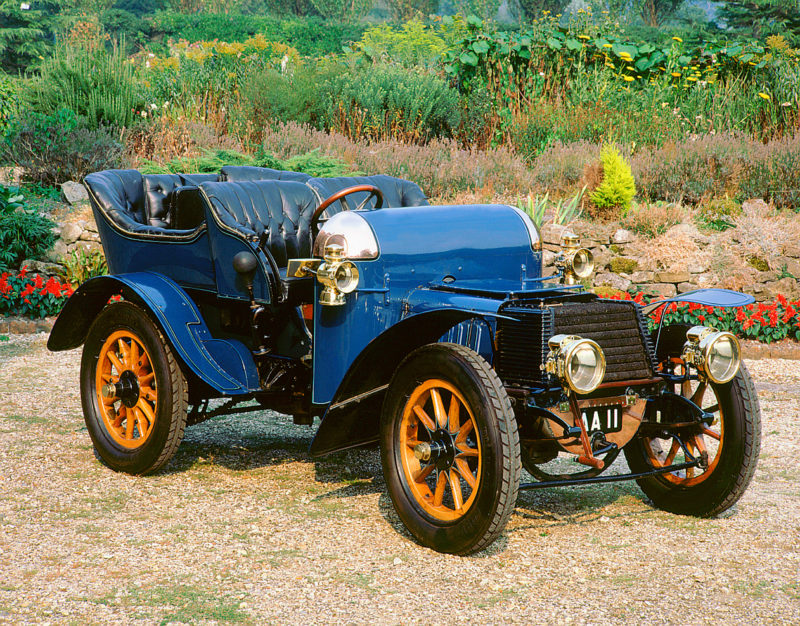 This is a typical large Daimler from the early years of the 20th century. The car features chain-drive to the rear wheels and a tube type radiator. It is fitted with a rear-entrance tonneau body but provides no weather protection for its occupants. This particular car appeared in the film ’Half a Sixpence’ and is a regular entrant in the London to Brighton Run.

By 1902 Daimler was well established as a manufacturer of quality motor cars but the company was struggling. The 22hp model was a new design for that year, developed by new works manager and engineer Percy Martin. Martin would remain with the company for over thirty years and establish Daimler as a market leader. Distinguished owners of 22hp Daimlers included HM King Edward VII, Sir Thomas Lipton (of Lipton’s Tea) and motoring campaigner John Montagu MP.