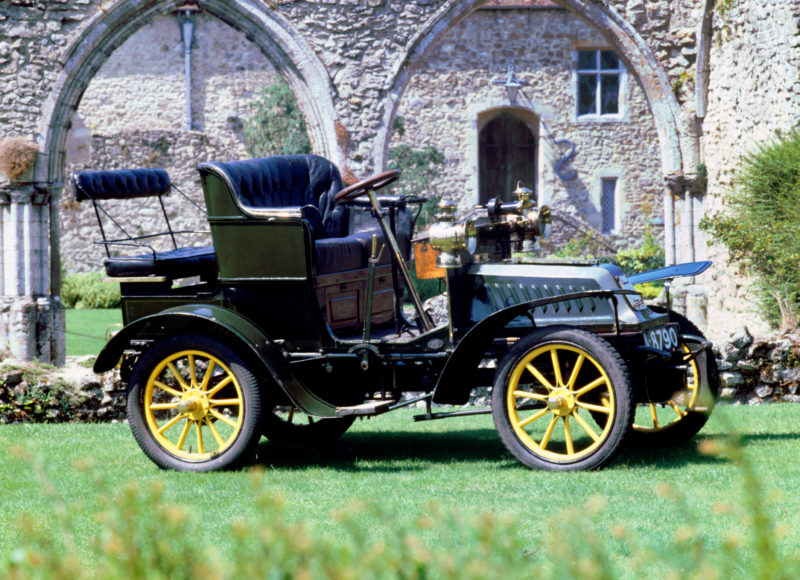 The 6hp Model Q (Populaire) entered production in 1903 and was the most popular imported car in Britain. Various versions were produced, powered by the company’s successful single-cylinder engine. This 1904 vehicle had a reverse gear, unlike some earlier models.

French aristocrat Count Albert de Dion and engineer Georges Bouton formed a partnership in 1883. Early products included marine boilers and steam carriages. By the 1890s De Dion-Bouton were making steam powered tricycles and tractors. Petrol engines were introduced, leading to tricycle and motorcycle production, then a car in 1898. In 1902 the company claimed that over 30,000 of their engines were in service around the world. Many were built under licence in other countries. It is thought that as many as 140 manufacturers used De Dion-Bouton engines, including a number of British companies that assembled cars from imported parts.