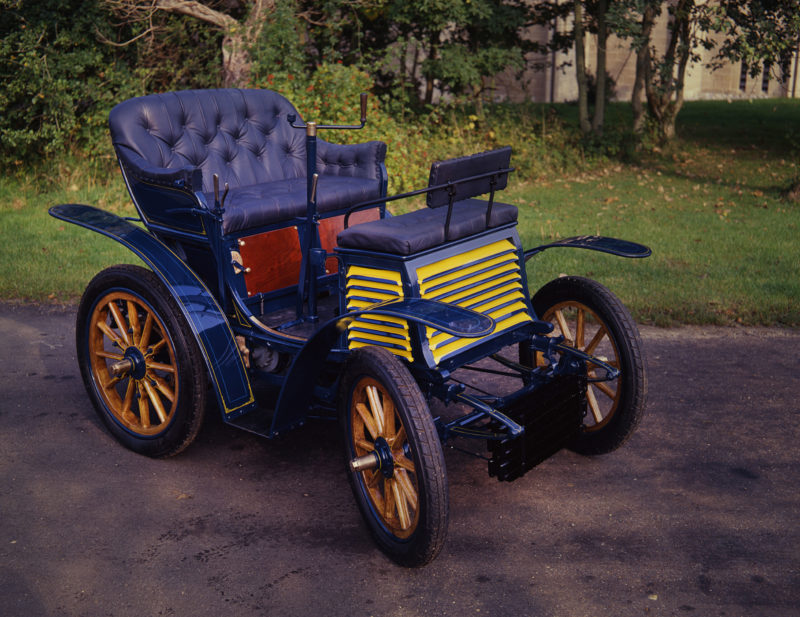 This Fiat 3.5hp is one of the earliest surviving Fiats, and the oldest in Britain. Fabbrica Italiana Automobili Torino (FIAT) was founded by a group of Turin investors in July 1899 and began assembling cars in a temporary factory. This Fiat seats two adults in comfort, plus two children facing the driver, a layout known as vis-à-vis.

The newly founded company absorbed two smaller businesses one of which was a bicycle manufacturer which already had a prototype car, called the ‘Welleyes’. The first dozen or so cars manufactured by Fiat in 1899 were derived from this prototype. A new purpose-built factory started producing cars from March 1900. Fiat grew to be an industrial giant and one of the world’s largest motor manufacturers.