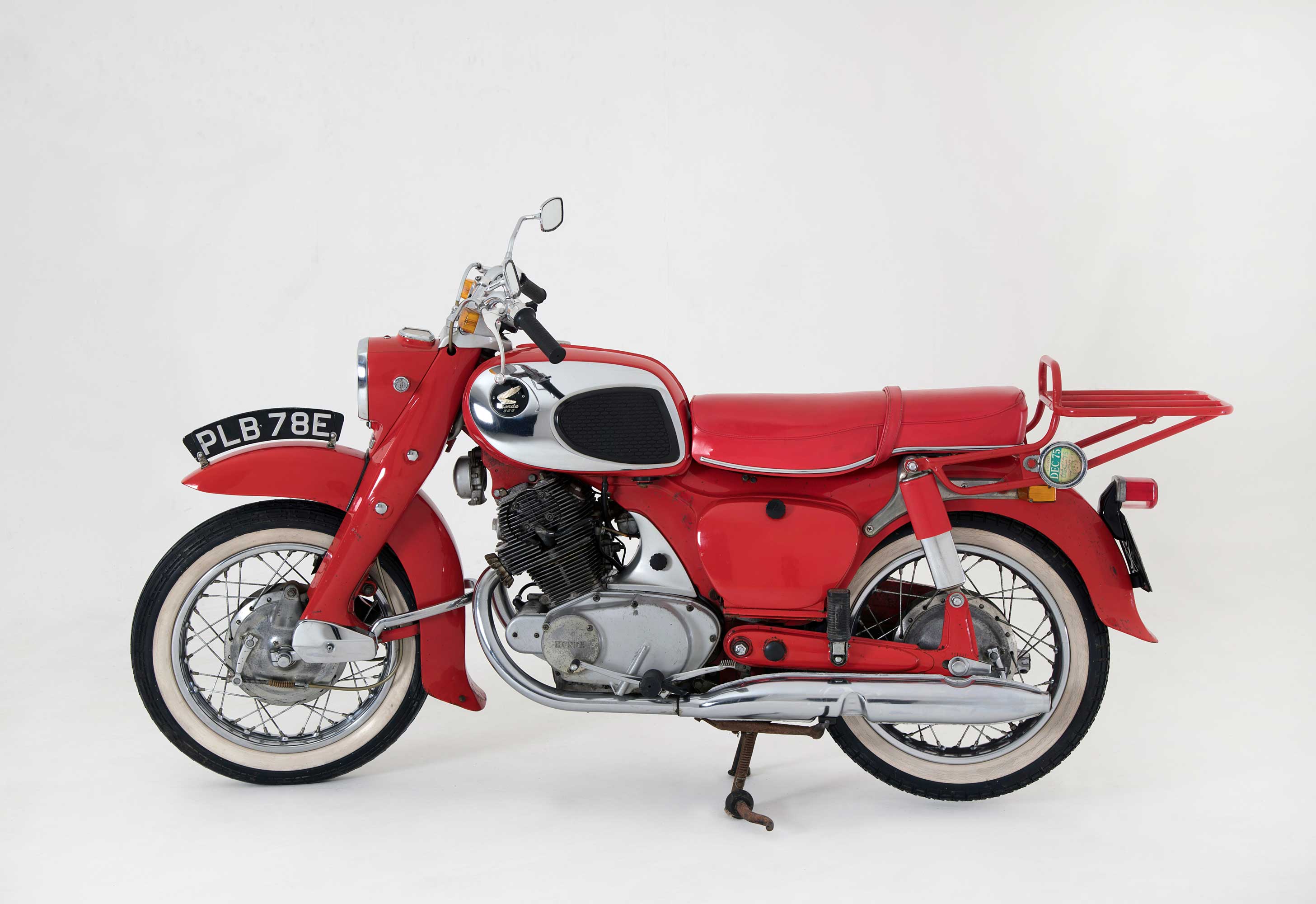 The C77 was launched in 1963, one of a line of successful machines developed from Honda’s first twin-cylinder bike, the 247cc C70 of 1957 designed by company founder Soichiro Honda. The range of 250cc and 305cc Honda motorcycles incorporated a pressed steel frame and alloy twin-cylinder engine. Styling showed clear European influence, Honda having been particularly impressed by Germany’s NSU when he visited Europe in 1954.

Exports of Honda motorcycles to Europe began in 1959, the year of Honda’s debut in the Isle of Man TT, with 205 bikes coming in to Britain. By the time this range of bikes was replaced in 1967 and 1968 Honda had established itself as one of the World’s leading motorcycle manufacturers.