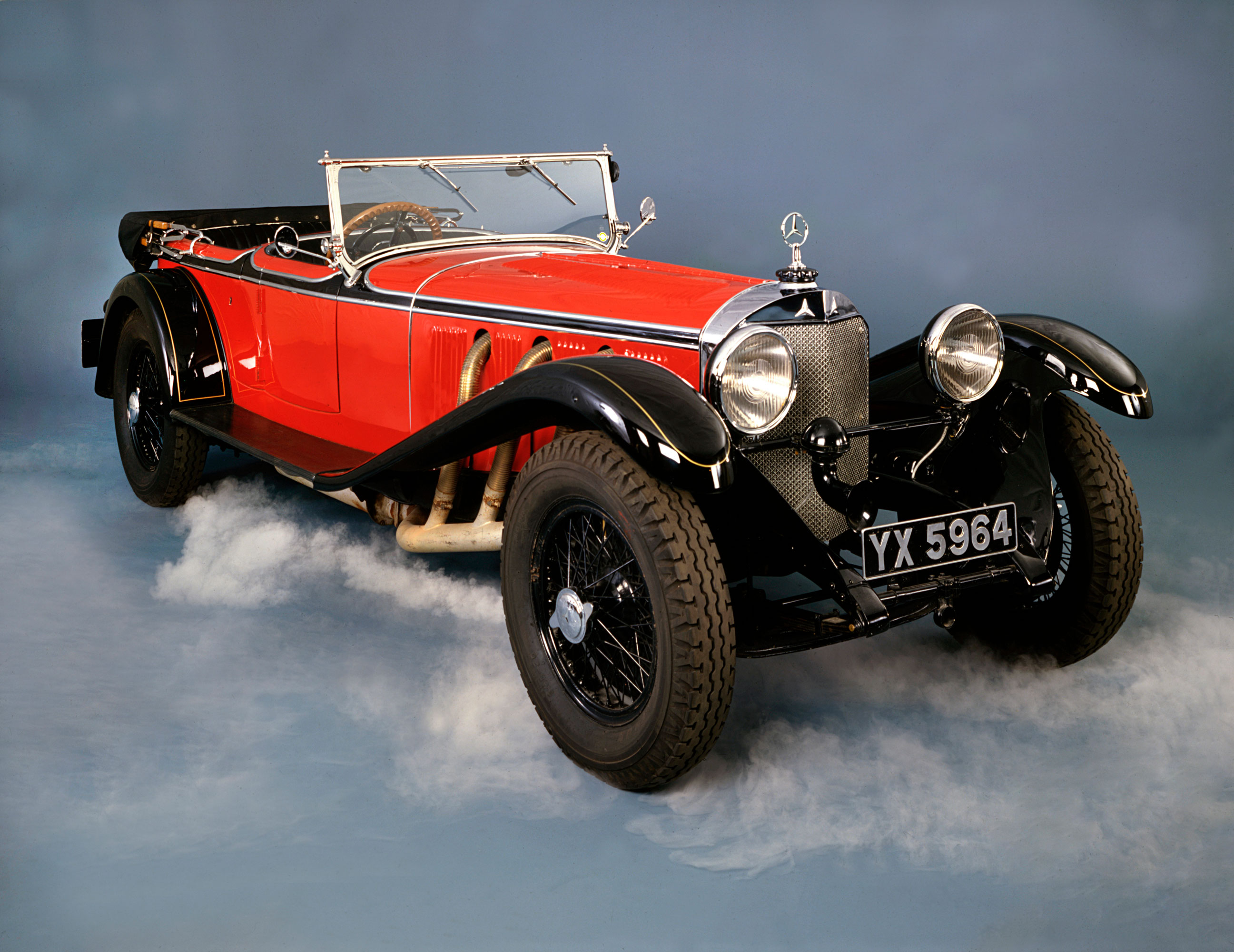 The Mercedes-Benz 36/220 is one of the most desirable vintage sports cars. The supercharged Model S was the first all new design to appear following the amalgamation of Daimler and Benz in 1926. Designed by Ferdinand Porsche, only 146 of the cars were built. This car was once owned by actor and writer Sir Peter Ustinov.

Daimler (who sold cars under the Mercedes brand) and Benz, the two oldest names in the motor industry, merged in 1926. Dr Ferdinand Porsche was Technical Director of the new organisation. The Model S emerged in 1927 and was later developed into the famous SS, SSK and SSKL. The racing versions proved very successful in the hands of drivers such as Rudolf Caracciola, Otto Merz and Adolf Rosenberger, winning track events and hill climbs. Road-going cars could cruise easily at 80 or 90mph.

A veritable greyhound of the road