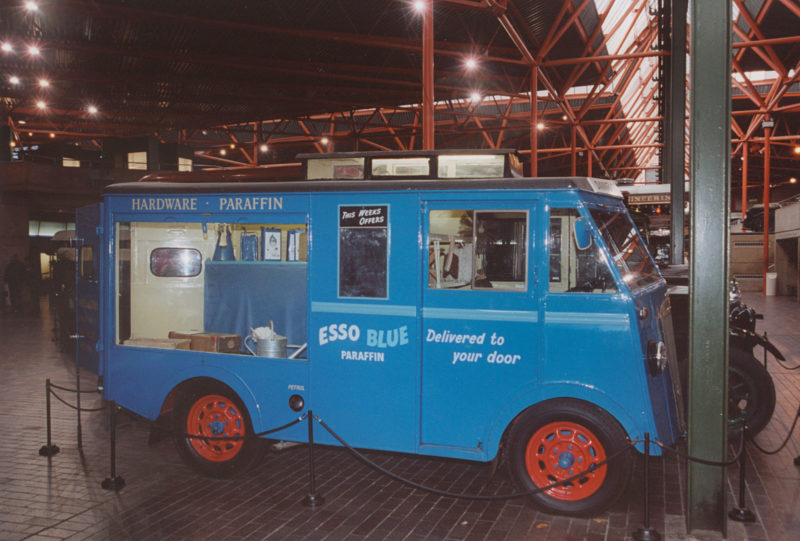 The 15/20cwt Morris Commercial PV (Parcels Van) was announced in 1946, despite some pre-War production. Of the 16,000 built, this is one of seven remaining roadworthy. Purchased new by shopkeepers Daniels & Sons of Snettisham, Norfolk, the factory-built body was converted to a mobile hardware shop by the addition of roller shutters, shelving and a 150-gallon paraffin tank. Following Mr Daniels’ retirement in 1975, the van fell into disrepair.

Three years later it was purchased by the Wells family and extensively restored, taking part in many road rallies. In 1989 it starred in the television programme All Creatures Great and Small.