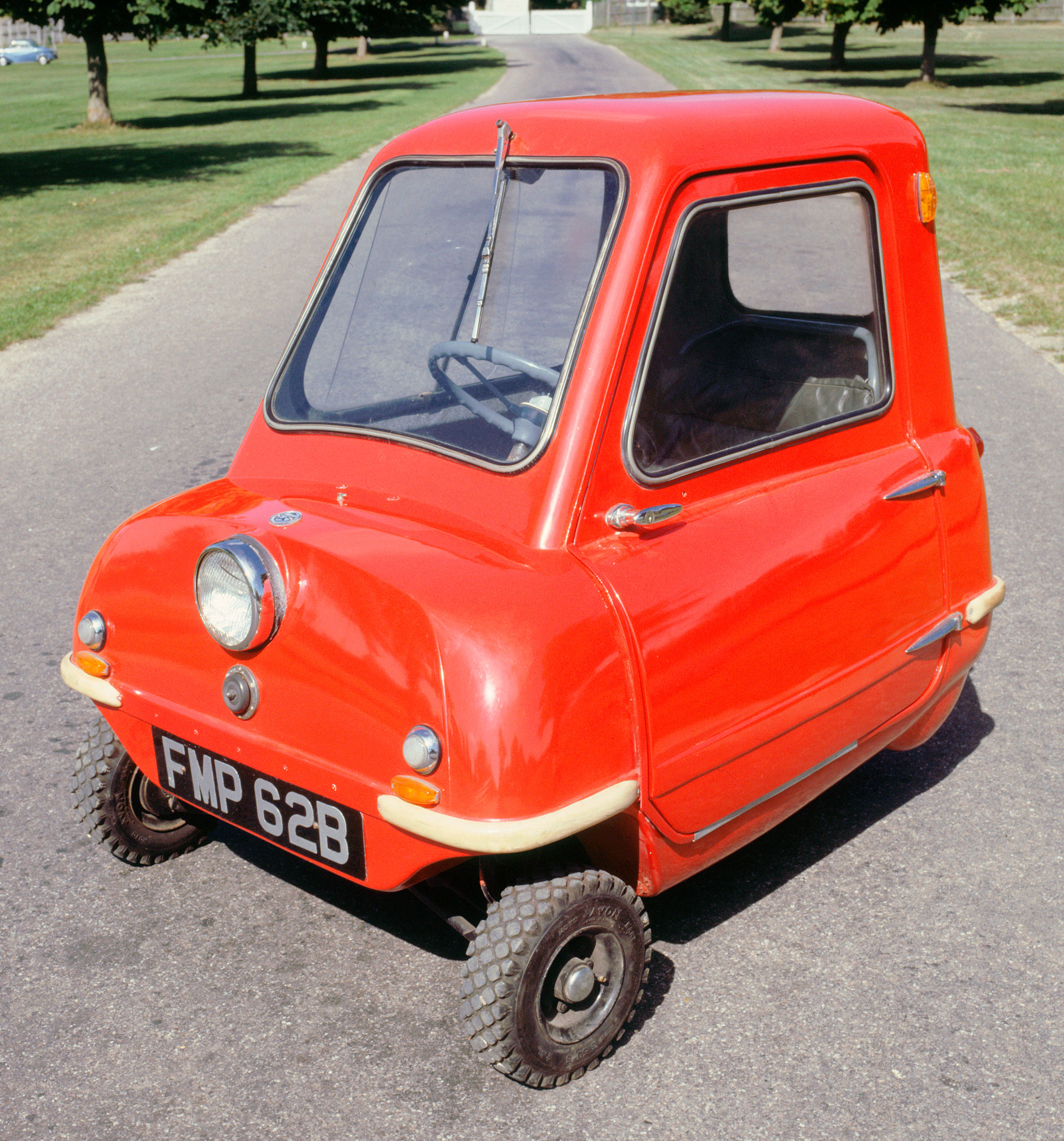 One of many types of microcar that became popular in the 1950s and 1960s. The Peel P50 was an ultra-light, single-seat, three-wheeler powered by a DKW motorcycle engine. There was no reverse on the three-speed gearbox, but the car’s light weight of 130lb (59kg) meant that it could be easily manoeuvred by lifting the rear of the car with the handle provided. The P50 was the World’s smallest production car and the only one to be built in the Isle of Man.

The austerity years of the 1940s and early 1950s saw a number of European manufacturers begin building small economical runabouts or microcars. Famous examples include those from Heinkel, Isetta (often referred to as bubblecars) and Messerschmitt. The Suez Crisis of 1956 and the resulting threat to oil supplies also contributed to the popularity of microcars.