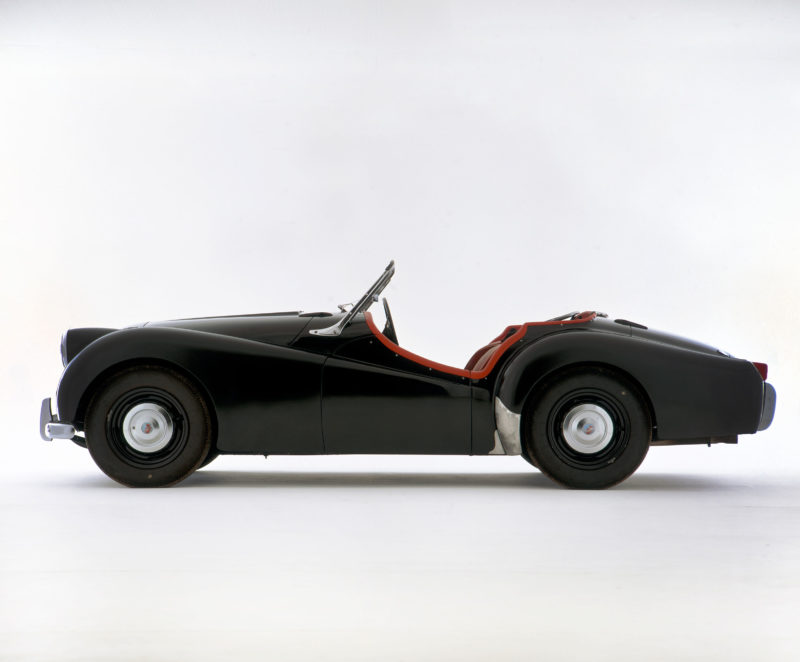 The first of the famous TR series of Triumph sports cars. The TR2 was developed to compete with successful sports car designs from rival manufacturers such as MG and Jaguar. This car had one owner from new and has very low mileage, having spent 30 years laid up in a garage in Devon.

Triumph was absorbed by the Standard Motor Company in 1944. A decision was made to re-establish the marque as a sports car manufacturer. Following a failed takeover bid for Morgan, a prototype Triumph sports car called the 20TS (subsequently known as the TR1) was displayed at the 1952 Motor Show. This evolved into the TR2, launched in 1953. The TR series became a marketing success throughout in the 1950s and 60s, selling particularly well in North America.