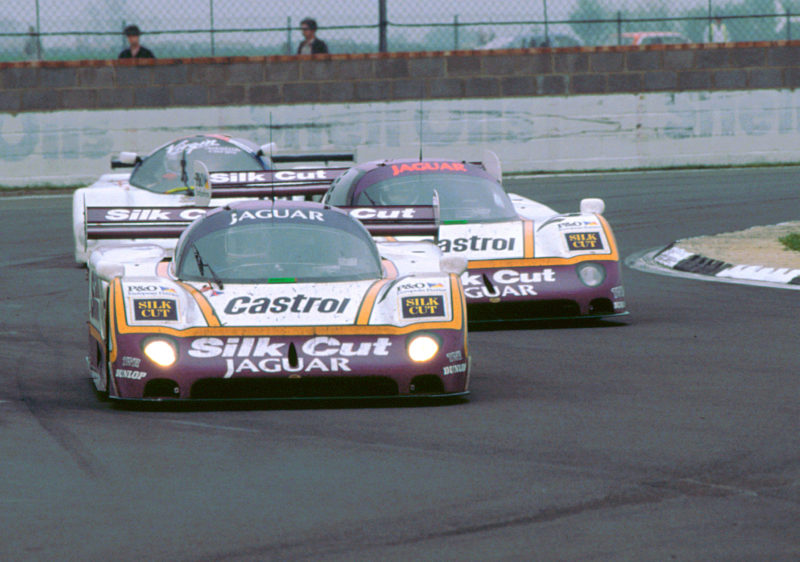 Jaguar won the first of three World Sports-Prototype Championship team titles in 1987. The XJR-8s were designed by Tony Southgate and built by Tom Walkinshaw Racing. The team won eight out of the season’s ten races. This replica is a show car and was restored by its previous owner using many original race-car parts. It carries the markings of 1987 World Champion driver Raul Boesel.

Jaguar was a major force in sports-car racing during the 1950s, winning the Le Mans 24 Hour Race on five occasions. From 1983, Jaguar provided engines for the Group 44 team in US sports-car races. Tom Walkinshaw began entering Jaguar-backed cars in World Championship events in 1985, going on to win the team title in 1987, 1988 and 1991. Two more Le Mans victories were added to the impressive total in 1988 and 1990.