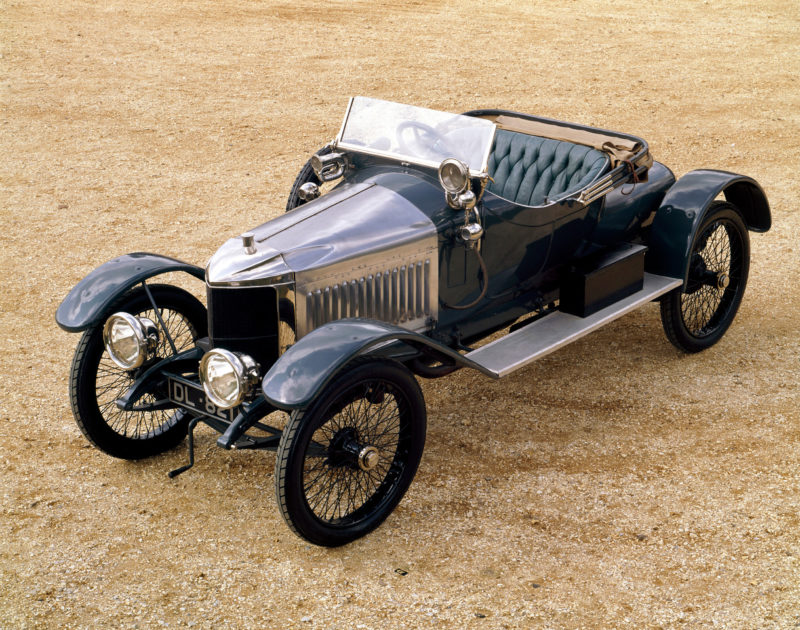 Vauxhall’s ‘Prince Henry’ was one of the first true sports cars and among the fastest of its day. Introduced in 1911 with a 3 litre engine, the 25hp 4 litre model became available in 1913. This particular car was purchased new by Mrs F A Cheverton from the Isle of Wight and was laid up in 1923, having covered only 15,000 miles. Rarely used since that time, the car is in remarkably original condition.

Vauxhall gained a sporting reputation following success in the 1908 RAC 2,000 Mile Trial and other events. This led to cars being built for the 1910 Prince Henry Trials in Germany. The C-Type or ‘Prince Henry’ model was developed from these and is the most famous of all Edwardian Vauxhalls. Later the ‘Prince Henry’ was developed into the famous 30/98 model, one of the most iconic of all sports cars.