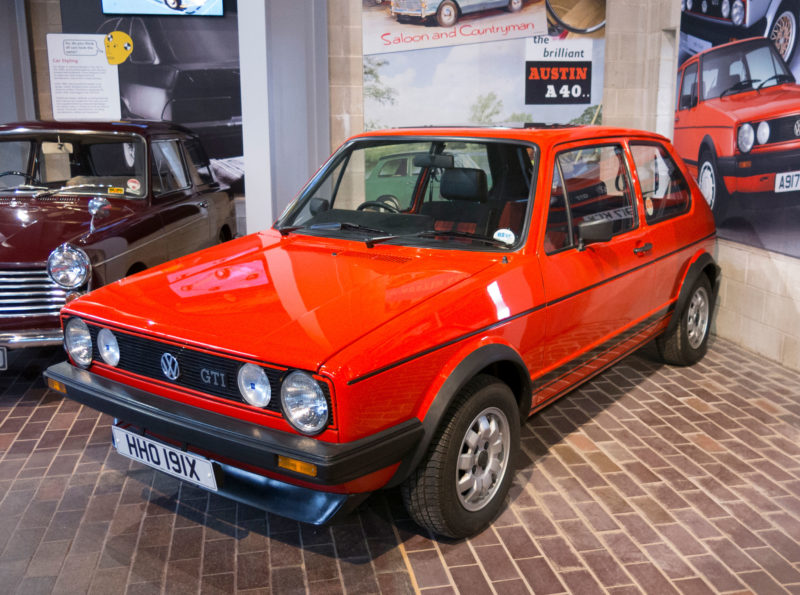 When Volkswagen launched the sporting version of its successful and popular family hatchback in 1976 it started a new motoring trend. The Golf GTI, with its combination of practicality, performance and handling, was the first ‘hot hatchback’ and was soon copied by many other manufacturers. The GTI featured a tuned engine with Bosch K-Jetronic fuel injection, combined with uprated suspension and brakes. Right-hand drive versions were produced from 1978, a five-speed gearbox followed in 1980.

In 1982 the Golf GTI received a more powerful 1,800cc engine in a bid to stay ahead of similar cars from competitors. By the time the Mk2 Golf reached production in 1984 the Ford Escort XR3i, Vauxhall Astra GTE and Peugeot 205GTi were well established as rivals in the booming ‘hot hatch’ market.