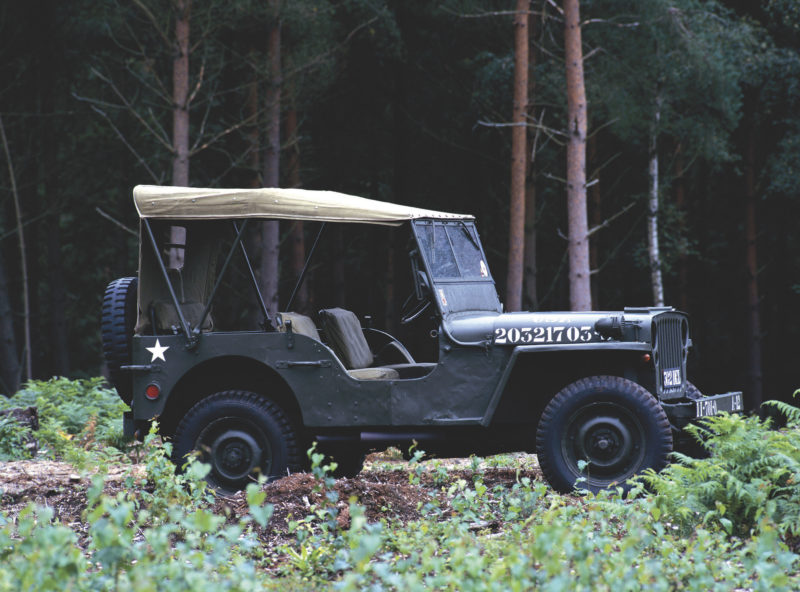 Perhaps the most famous military vehicle to emerge from the Second World War, the four-wheel-drive Jeep served with Allied forces in virtually every theatre of the conflict. A total of 639,245 Jeeps were built for military service between 1941 and 1945. This example took part in the Normandy landings of June 1944.

In 1940 American Bantam designed and built a prototype four-wheel-drive runabout to meet a US Army specification. Although they built 1,500 production vehicles, Bantam did not have the capacity to build the quantities required by the military and assembly was split between Willys-Overland and Ford. Both the Willys MB and the identical Ford GPW used the Willys Go-Devil engine. The design was so successful that production for the civilian market continued after the war. The Jeep is the ancestor of the modern off-road four-wheel-drive or sports utility vehicle (SUV).