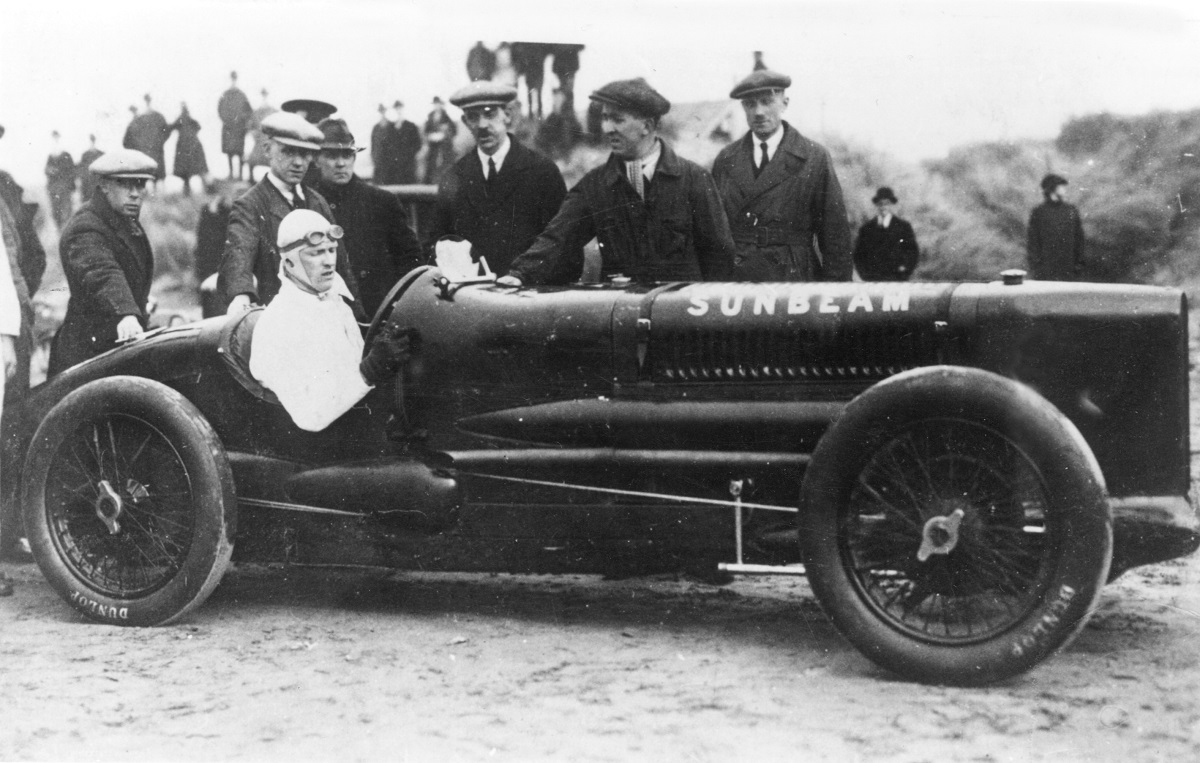 The 16th March marks the anniversary of the first of Henry Segrave’s three Land Speed Records. Perhaps overshadowed by the glamour and excitement of the 1927 and 1929 records in Florida, his success on the sands of Southport is no less noteworthy. Research and Enquiries Officer, Patrick Collins, explores the story.

By 1926 Major Henry Segrave was already a well-known public figure with a string of international motor racing victories for Sunbeam-Talbot-Darracq to his name. On 9th January that year he competed in the Southport Speed trials in a 2-litre Sunbeam, walking way with four wins from the four events that he entered. Clearly, the Lancashire sands suited Segrave. Two months later he returned with another Sunbeam for an attempt on the outright Land Speed Record.

Sunbeam were no strangers to the Land Speed Record. They had already taken the record with their mighty 350hp car in 1922, when Kenelm Lee Guinness achieved 133.75mph at Brooklands. The 350hp machine was subsequently sold to Captain Malcolm Campbell who drove it to two further World records at Pendine Sands in 1924 and 1925. It was the latter, a speed of 150.76mph, that Sunbeam now had in their sights. For the 1926 record attempt the famous Wolverhampton manufacturer, under the leadership of the great Louis Coatalen, had created a new 4-Litre, V12 powered contender that, with the addition of a supercharger, was capable of producing 296bhp.

The new Sunbeam, nicknamed ‘Ladybird’ was a very different beast to its predecessor. Power for the 350hp had come from a modified Manitou V12 aero engine of 18,322cc, whereas at the heart of the new car was an engine of less than a quarter the capacity. Its great advantage was the Roots supercharger but this was also its Achilles heel. Fine sand blowing around the beach got into the blower very easily, but worst still the unit’s aluminium casing constantly distorted and cracked during practice runs. The chief engineer, Captain J.S. ‘Jack’ Irving, had to oversee the replacement of five casings during three weeks of preparations and was on the verge of postponing the attempt in order to return to Wolverhampton to design an alternative set up.

Segrave urged Irving to look again at the supercharger and, rather than have to reorganise the attempt for a later date, “fix it up to last three minutes” so that they could at least attack the flying kilometre and mile records. A sceptical Irving agreed to the suggestion and two days later, on 16th March, the car was towed to the start line and the radiator was filled with hot water to avoid the need to run the engine for longer than was absolutely necessary. 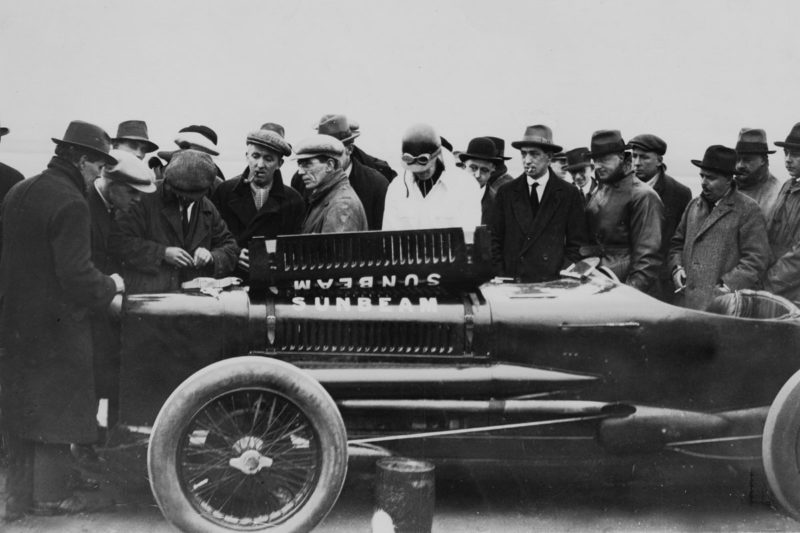 Segrave’s first run was completed at three-quarter throttle in order to avoid stressing the supercharger. On the return run, he gave the car more throttle, hoping that the supercharger casing would remain intact. Just as he passed the kilometre mark the car hit a bump in the sand and became airborne for a few yards, causing the engine, free of load, to over rev and the casing to crack yet again. All was not lost, they had done enough and the Sunbeam’s average speed over the two runs was 152.33mph, only a little faster than Campbell’s year-old record but sufficient to secure the record for Segrave.

Following the Southport record Segrave returned to his road racing commitments and, as is well known, went on to secure two further Land Speed records in 1927 and 1929. The 4-Litre Sunbeam would also go on to further success. Segrave raced it later in 1926, as did Albert Divo and Louis Wagner. A second car was prepared for 1927 and both were entered in the Formula Libre race at the French Grand Prix at Monthlery, Wagner again driving this car. In 1928 Kaye Don started using both cars, now named ‘Tiger’ and ‘Tigress’ respectively, for racing and class record breaking at Brooklands. Over three seasons Don drove the Sunbeams to 24 records, breaking the Brooklands lap record three times. In 1930 Sunbeam withdrew from racing and both cars were sold to Malcolm Campbell. Tiger was subject to a comprehensive rebuild by Thompson and Taylor and continued to race in a much-modified form.

Tiger survives to this day, in private ownership, and in 1990 was driven at 157mph, exceeding its own record speed. It remains the smallest capacity car ever to hold the Land Speed Record.

Sir Henry Segrave is one of the legendary figures from the heroic age of speed; fighter pilot, racing driver, Land Speed Record holder and power boat racer. Two of his Land Speed Record cars, the 1927 1,000hp Sunbeam and the 1929 Irving Napier Special ‘Golden Arrow’ are on display in the National Motor Museum. The latter is the subject of an Arts Council England funded project, The Golden Arrow – Shot from the Past, Aimed at the Future, that will interpret and re-tell the story behind this truly iconic machine and the people who were associated with it.