The distinctive 1929 Golden Arrow was a wonder of its time. With Major Henry Segrave in the driving seat, Golden Arrow set a new Land Speed Record of 231.36mph and began two decades of unbroken British record-breaking success.

Today, Golden Arrow is on permanent display at the National Motor Museum along with other record breakers 1920 Sunbeam 350hp, 1927 Sunbeam 1,000hp and 1960 Bluebird CN7. This iconic record breaker is now the subject of an Arts Council England funded project by the National Motor Museum Trust to reinterpret Golden Arrow for our visitors. Golden Arrow – Shot from the Past, Aimed at the Future will complement the existing permanent installation with a new display and interactive area.

We’ve created some downloadable creative activities for children to get inspired about Golden Arrow.

Golden Arrow cut out and make

To get you started take a look at these examples of completed activities and archive pictures of Golden Arrow from our Collections: 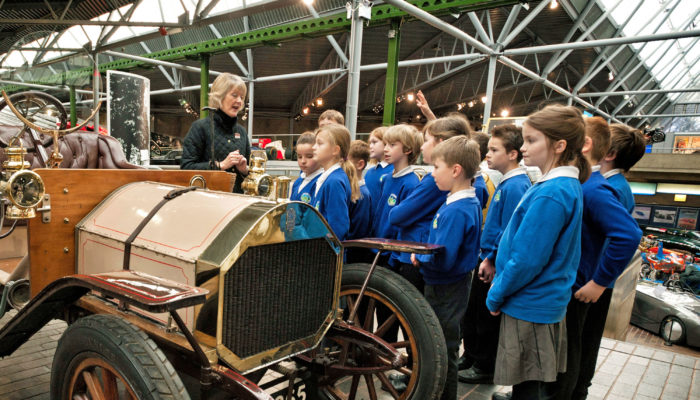