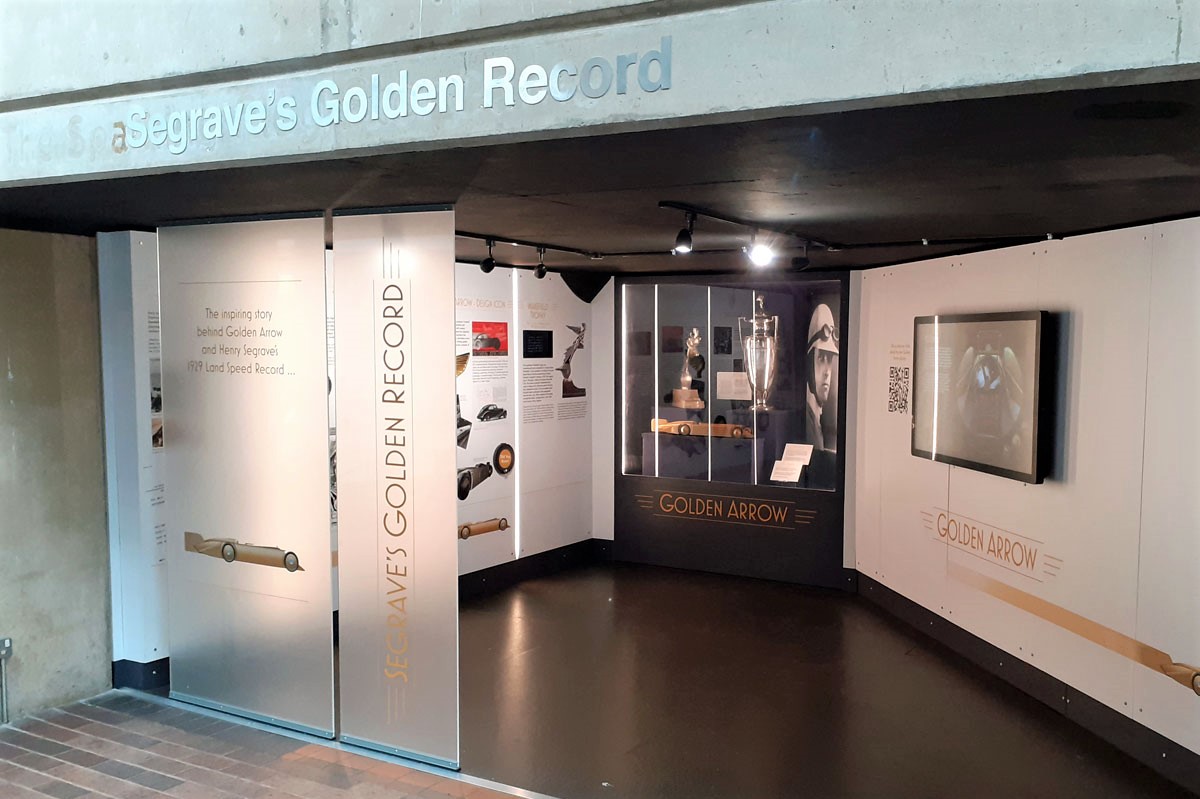 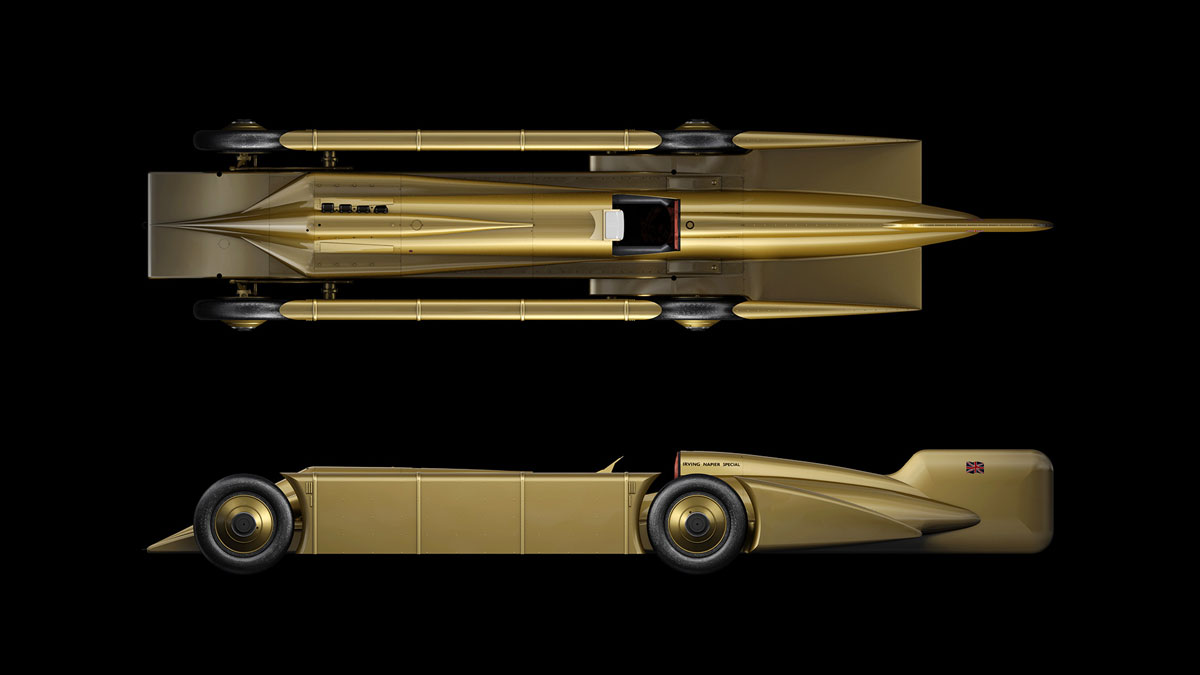 Explore the inspiring stories behind Land Speed Record-breaking icon Golden Arrow in a new display at the National Motor Museum.

The distinctive 1929 Golden Arrow was a wonder of its time. It was a harmonious blend of technology and design, producing a masterpiece of Art Deco expression which paved the way for two decades of unbroken British record-breaking success. With Major Henry Segrave in the driving seat, pushing the boundaries of engineering and human endeavour to the limit, Golden Arrow shattered its target and set a new Land Speed Record of 231.36mph. 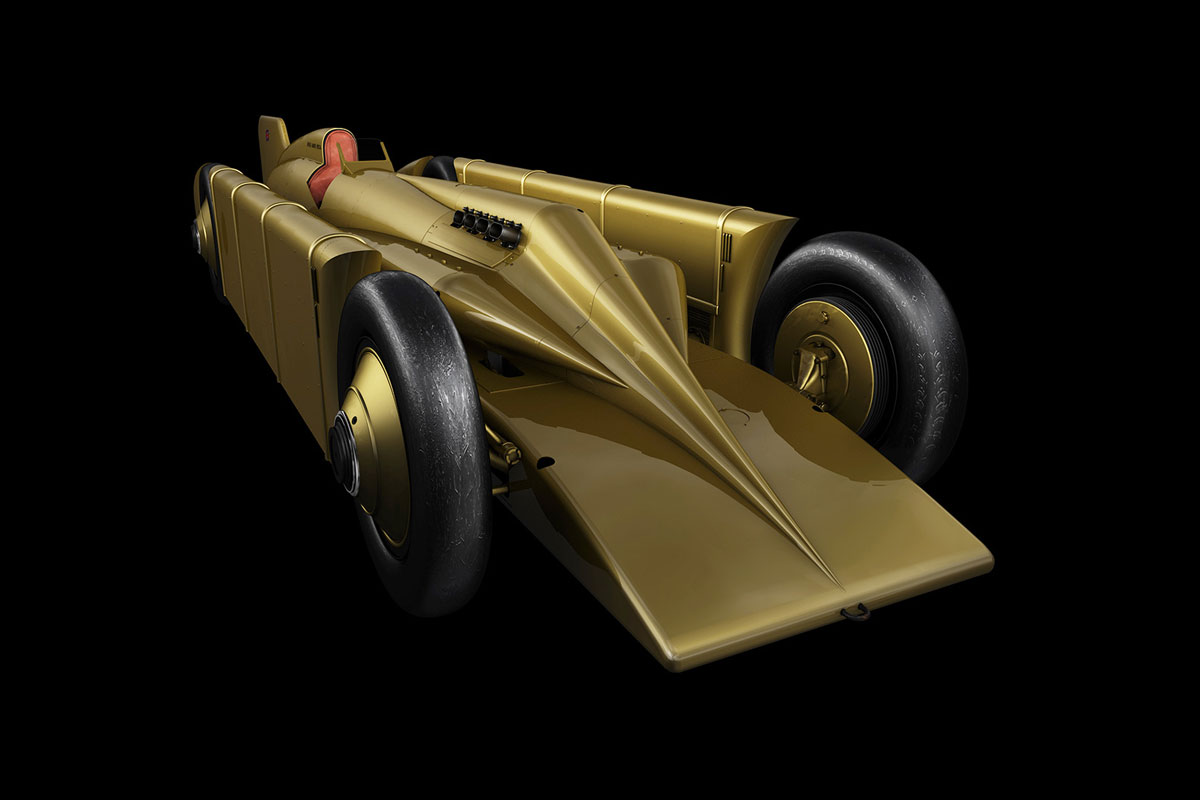 Segrave’s Golden Record tells the inspiring stories behind the car and the personalities involved.  At the centre of the display is a touchscreen interactive featuring a large-scale 3D model of Golden Arrow allowing visitors to explore this iconic car in detail. The interactive also showcases archive photographic and film content from the Museum Collections. Visitors can also see objects displayed alongside the interactive including the Wakefield Trophy, awarded to the holder of the Land Speed Record.

Golden Arrow is on permanent display in the National Motor Museum alongside record-breaking stablemates the 1920 Sunbeam 350hp, 1927 Sunbeam 1,000hp and 1960 Bluebird CN7. Segrave’s Golden Record complements this existing installation and is part of an Arts Council England funded project to reinterpret this historic vehicle for a range of audiences. 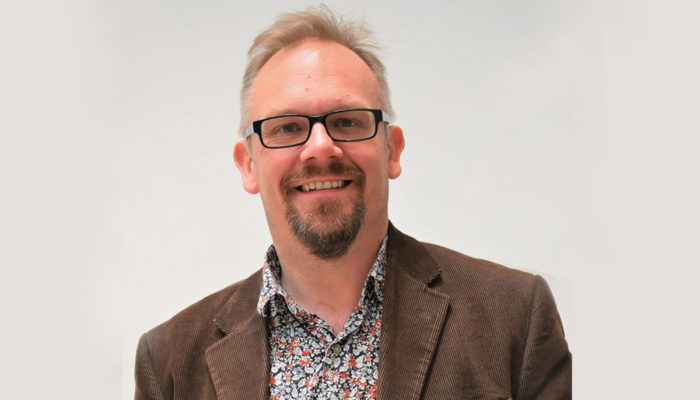