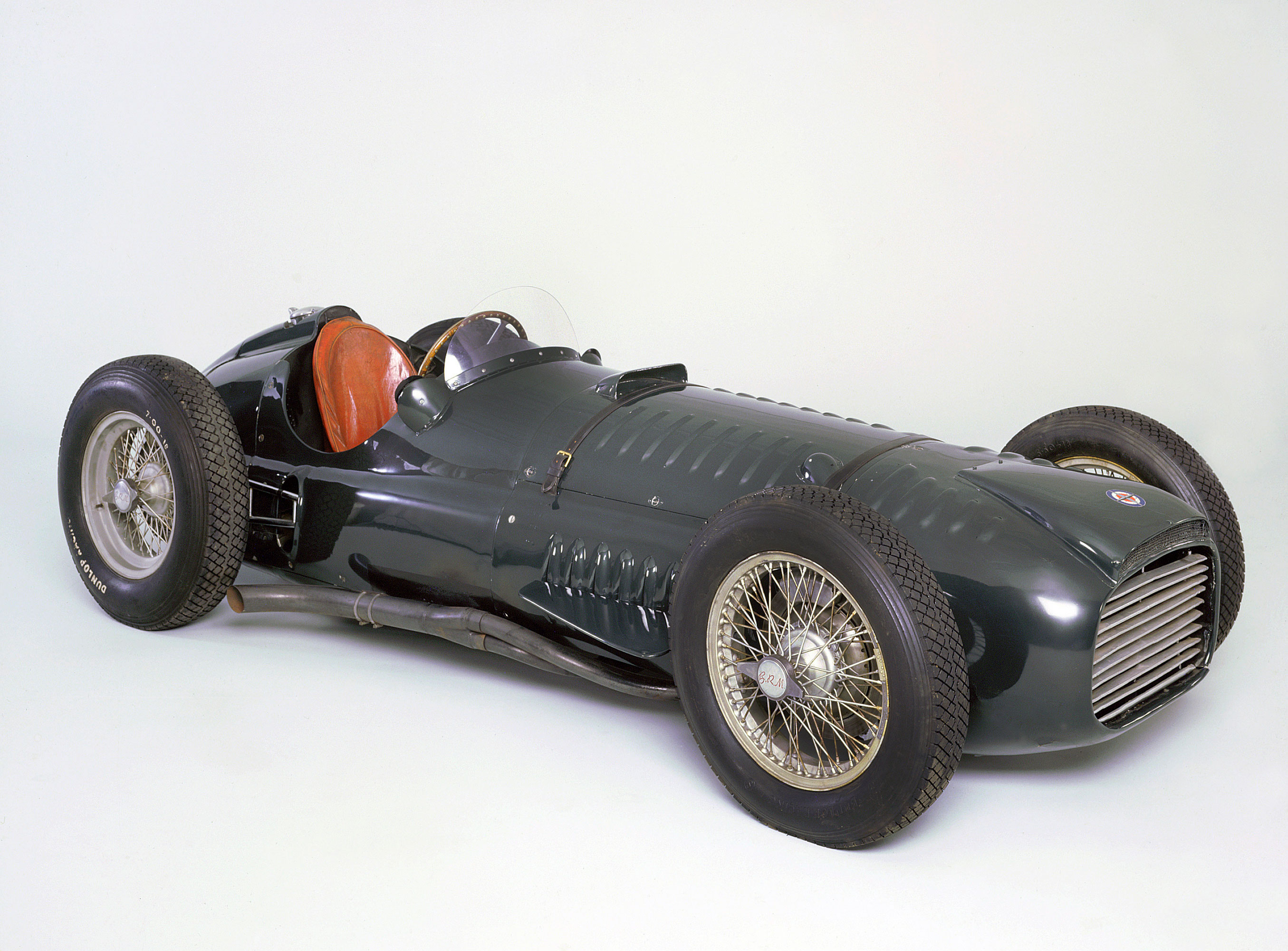 Perhaps one of the most exciting, certainly the noisiest, if not entirely successful racing cars to be found in the National Motor Museum’s collection is the 1950 BRM V16. 2020 marks the 70th anniversary of both the BRM team’s first appearance in motor racing and of the museum’s car, Type 15 Mk1 No. 1. Research and Enquiries Officer, Patrick Collins, picks up the story in the latest blog from the National Motor Museum. 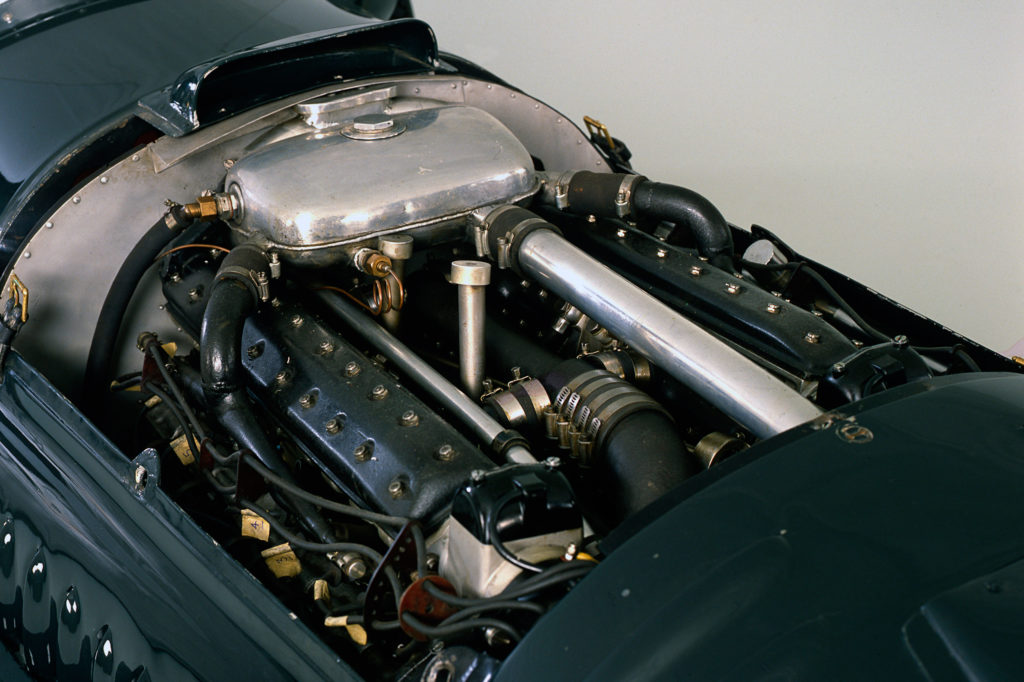 Raymond Mays and Peter Berthon started British Racing Motors in 1945. They had created the English Racing Automobiles (ERA) that had been so successful in voiturette racing in the years before the Second World War. Their objective with BRM was to build a Grand Prix car able to compete with and beat the dominant Italian marques. The project was backed by a consortium of 200 leading British companies, including Rolls-Royce, Standard, Rubery Owen and Lucas. The BRM V16 followed a similar pattern for a highly complex racing machine established by the Germans in the 1930s but without the scale of finance and organisation to support it fully.

After running a prototype in late 1949, the first production car was ready for use in non-championship races by the end of the 1950 season, what is now the museum’s car making its debut in the International Trophy at Silverstone on 26th August, driven by Raymond Sommer. Despite two race wins on the team’s second outing, at Goodwood on 30th September, success was to prove elusive for BRM. Even drivers like Juan Manuel Fangio and Stirling Moss struggled with the complex cars. The V16 finished in only one World Championship event, the 1951 British Grand Prix in which Reg Parnell drove chassis 1/01 to 5th place. 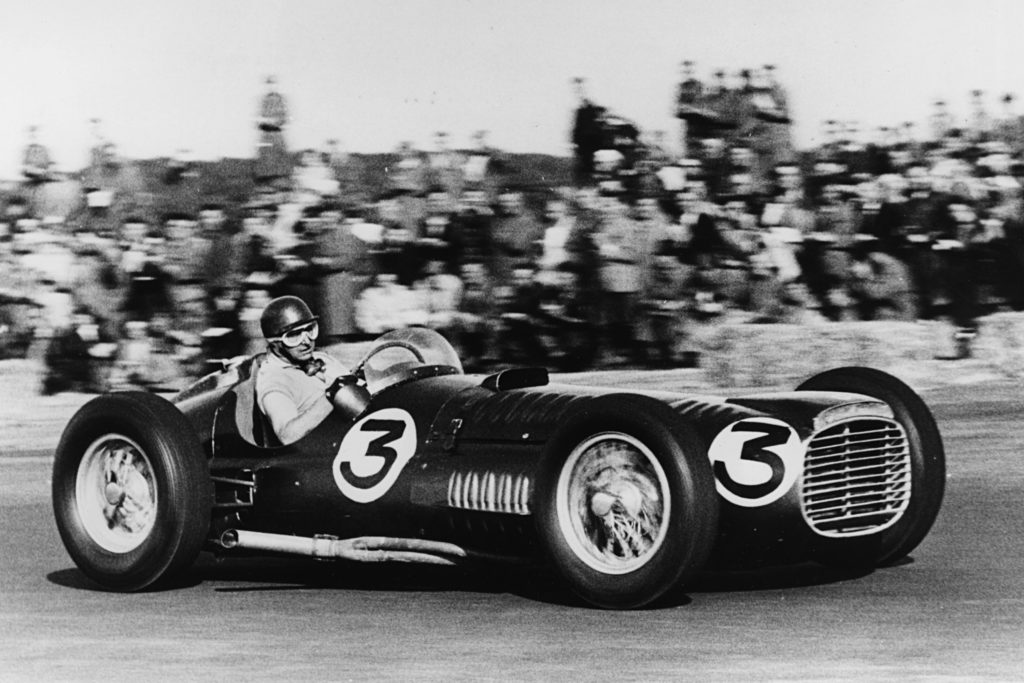 BRM attracted huge publicity and undoubtedly increased the British public’s awareness of motor racing. BRM’s promise, although damped by frustration at the lack of initial success, led to the rise of other significant British motor racing projects including Vanwall, Connaught, Cooper and Lotus. By the late 1950s and into the 1960s British teams dominated Grand Prix motor racing.

After the disappointments of the V16 project, Rubery Owen acquired BRM in 1952, continuing to compete under the banner of the Owen Racing Organisation. In later years the team went on to achieve considerable success, gaining 17 Grand Prix victories between 1959 and 1972. They won the Constructors World Championship in 1962.

The National Motor Museum’s car (chassis number 1/01) is one of only five BRM V16s built (three Mk1 and two Mk2). Acquired by the National Motor Museum Trust in the early 1980s, the car has made numerous appearances at events. In recent years, the complex 16-cylinder engine has undergone an extensive rebuild, ensuring that enthusiasts will continue to hear its magical cacophony of sound for many more years to come.