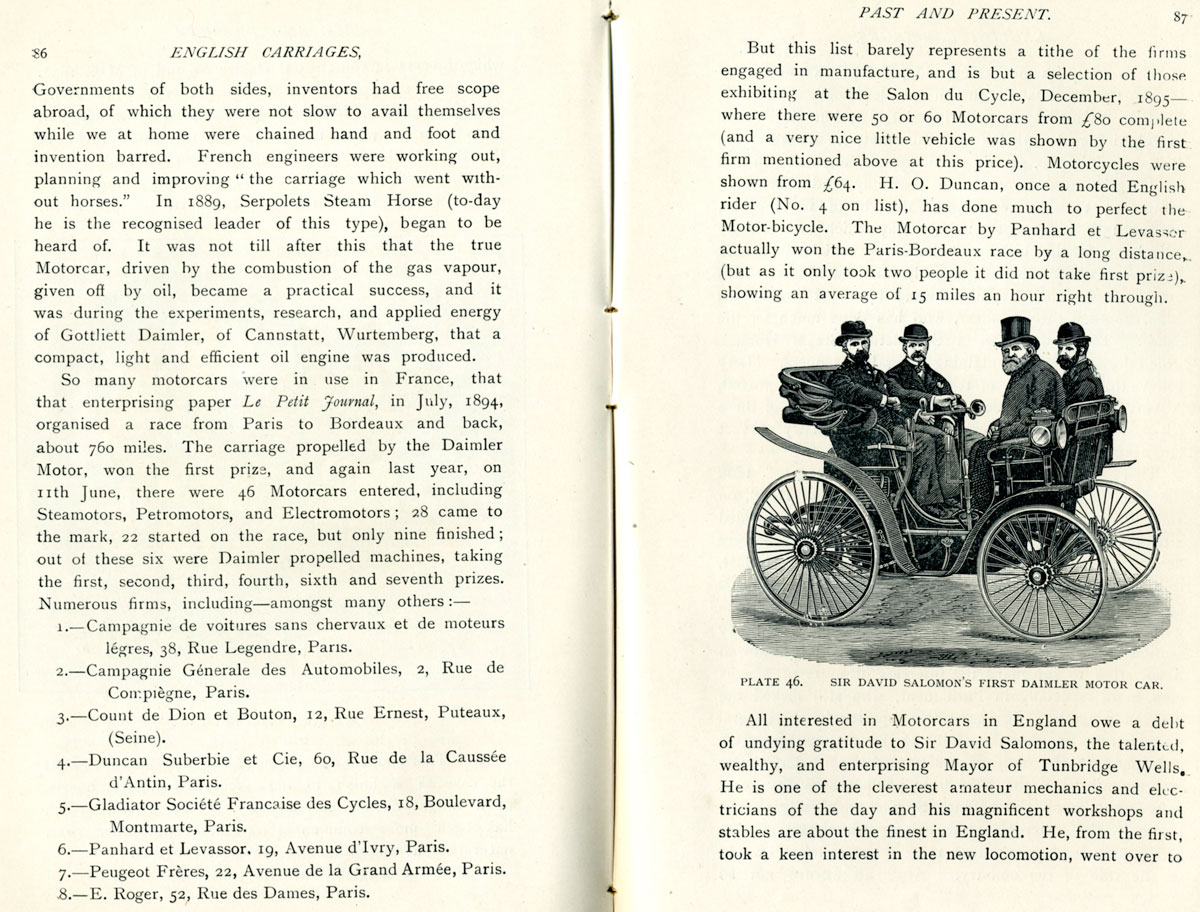 For World Book Day, our Research and Enquiries Officer explores the story behind, what is believed to be, the first book on the subject of motoring published in the English Language.

The National Motor Museum’s Reference Library holds an extensive collection of books on a huge range of motoring related subjects. The current total of books is around 14,000, supported by collections of magazines, brochures, handbooks and manuals that help to tell the 125 year history of motoring on Britain’s roads. 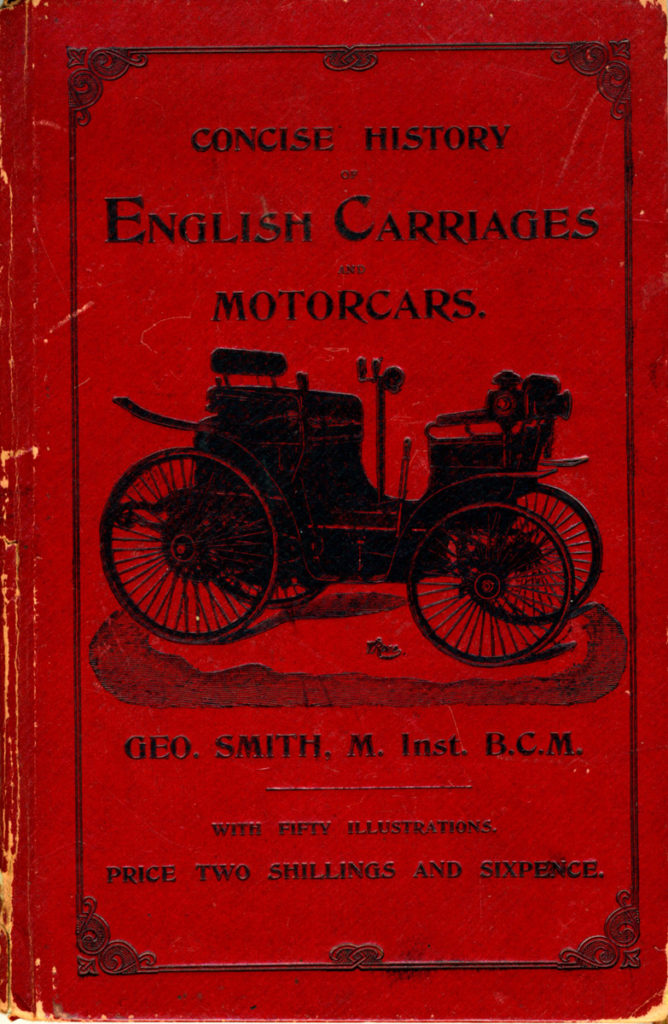 First published in 1896, the Concise History of English Carriages and Motorcars by Geo. Smith is believed to be the first book on the subject of motoring published in the English language. The National Motor Museum’s copy is a first edition, published by the Courier Printing Company of Tunbridge Wells in early 1896. Although largely a history of the horse-drawn carriage, the penultimate chapter chronicles the development of mechanically propelled carriages in Britain up to February 1896 and the motor car exhibition organised that month by the Motor Car Club at the Imperial Institute in London. A second edition, published at the end of the year went on to describe the passing of the Light Locomotives on Highways Act (the ‘Emancipation’ Act) in August and its implementation, marked by the famous Emancipation run from London to Brighton, on 14th November that year.

Although motorcars propelled by petrol engines had existed on the continent since 1885, UK legislation governing the use of mechanically propelled vehicles on the nation’s roads had effectively stifled the introduction and development of the motorcar on this side of the English Channel. The first car imported into Britain, a French Panhard et Levassor owned by the Hon. Eveleyn Ellis, did not arrive until June 1895. A number of British inventors were developing motor cars at this time, their efforts often thwarted by the legislation. Despite these setbacks, there was clearly enough interest in the new technology to warrant the publication of this book and for publishers Illiffe & Sons to launch a weekly magazine on the subject in November 1895. 125 years later Autocar magazine is still to be found in the newsagents each week.