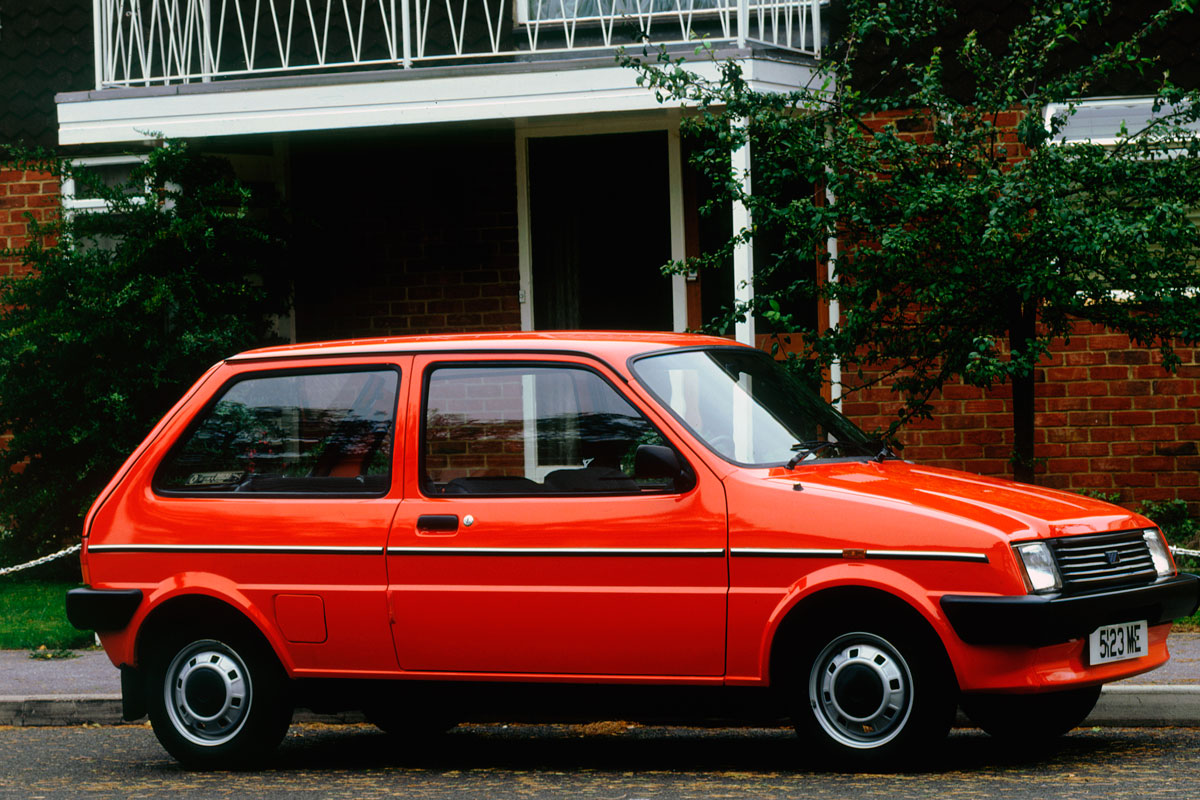 A familiar sight on the Britain’s roads in the 1980s and 1990s, the Austin Metro was launched in October 1980, forty years ago this month. Research and Enquiries Officer Patrick Collins takes a look at its story.

At first badged as the Austin Mini Metro, the small three-door hatchback was British Leyland’s entry into the rapidly expanding supermini class. Designed to rival Ford’s market-leading Fiesta, the plan was for the Metro to run alongside and eventually replace the much-loved Mini.

Development of what would become the Metro started back in 1975 and evolved through two prototype designs, ADO 88 and LC8, before the familiar Metro shape emerged in 1979. The new model’s arrival had been long-awaited and it’s launch proved to be a major headline grabber both in the newspapers and on the television news. The ensuing advertising campaign included a television advert showing Metros chasing foreign rivals out of Britain. 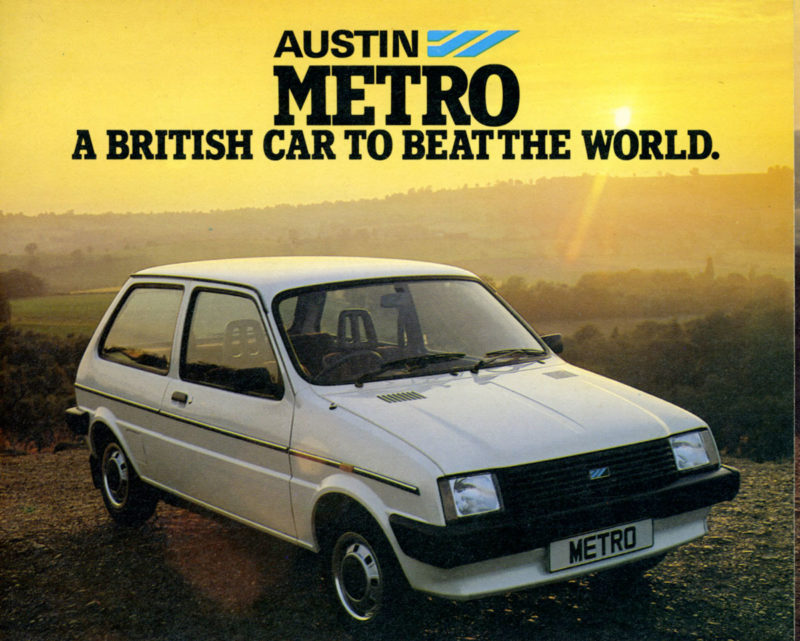 Mechanically the Metro was a continuation of the configuration established by the Mini in 1959, with the  A-series derived  A+ engine, of either 1.0 or 1.3 litre capacity, mounted transversely on top of a four-speed manual gearbox. An automatic version, available on the 1.3, used the AP transmission used in the Mini and other front-wheel-drive Leyland products. The lack of a five-speed gearbox, a standard feature on competitor’s cars, would remain a major criticism of the Metro throughout the 1980s. Suspension was the hydra-gas system used on other BL models.

The Metro (the Mini prefix was soon dropped) proved a big success for BL with luxury Vanden Plas and sporty MG and MG Turbo versions joining the original Austin model in 1982. A van derivative was, for short a time, badged as a Morris Metro. The MkII version replaced the original Metro in 1984, bringing with it the option of a five-door body. 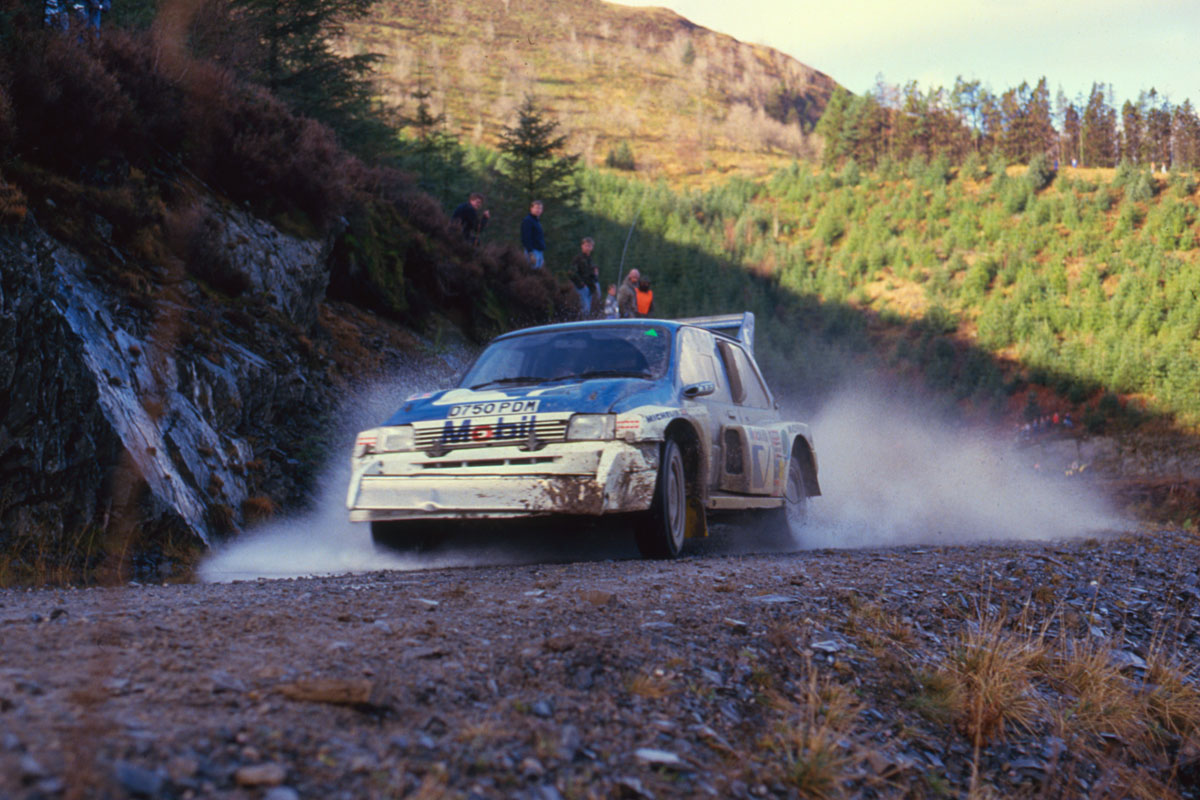 MG Metros were used in a popular one-make race series, the MG Metro Challenge, while the Turbo was raced successfully in the British Saloon Car Championship, recording several class wins. The most spectacular competition Metro was the 6R4 rally car, first seen in 1984. Other than looking superficially similar, this mid-engined, four-wheel-drive Group B supercar had little in common with road-going Metros. Power came from a 3 litre V6 engine that could be tuned for over 400bhp, but even this was not enough to compete successfully against rival Group B cars, which were mostly turbocharged. Austin Rover withdrew from the World Championship in 1986.

In 1987 the Austin name disappeared and Rover Group, as BL had become, marketed the car as simply the Metro until it became the Rover Metro in 1990. At the same time as morphing into a Rover, the Metro also received a new K Series engine, available as either a 1.1 or 1.4 litre. The Metro also gained a new transmission of joint Rover/Peugeot design which, at long last, gave the option of five speeds. The liaison with Peugeot also resulted in the appearance of a diesel Metro in 1993.

A further restyle followed in 1994 at which point the Metro became the Rover 100, the name that export versions had carried since 1990. Rover itself was by then owned by BMW.

The Metro was a big seller throughout the 1980s, usually in the top ten on the UK market, but by the mid-1990s sales were in decline. Poor results in EuroNCAP crash tests in 1997 proved to be the final nail in the coffin and production of the Rover 100 stopped in 1998. Ironically, the Mini, the car that the Metro was supposed to replace, continued in production until October 2000.

Once one of the most numerous cars on Britain’s roads, they are now a rare sight.