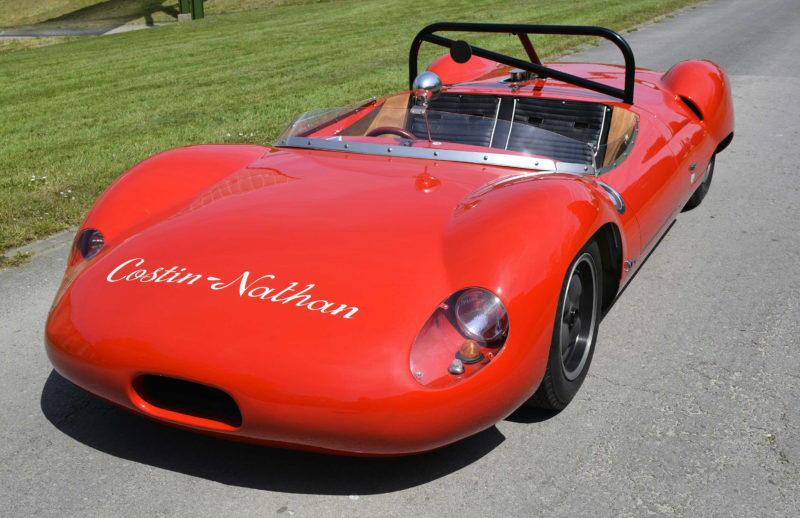 Developed for the new Group 6 sports-racing class introduced in 1966, the Costin-Nathan was built around an all-wooden monocoque chassis skinned in Gaboon ply. Frank Costin designed and built the prototype, which was raced by Roger Nathan, who also built the subsequent production versions. Power came from a highly-modified Hillman Imp engine and transaxle. Roger, the youngest driver to win the Autosport Championship, had premises in Brixton and, with ex Team Lotus mechanic Willy Griffiths, was the first tuner to modify the new Hillman Imp.

The Costin-Nathan proved highly successful from the first outing, winning five races and setting five lap records. In September 1966 Roger Nathan won the International Coupes de Paris at the banked Montlhery circuit. In a David and Goliath scenario, he beat the more powerful works Fiat Abarth team. Quite a feat for a relatively unknown British driver in a self-constructed wooden car!