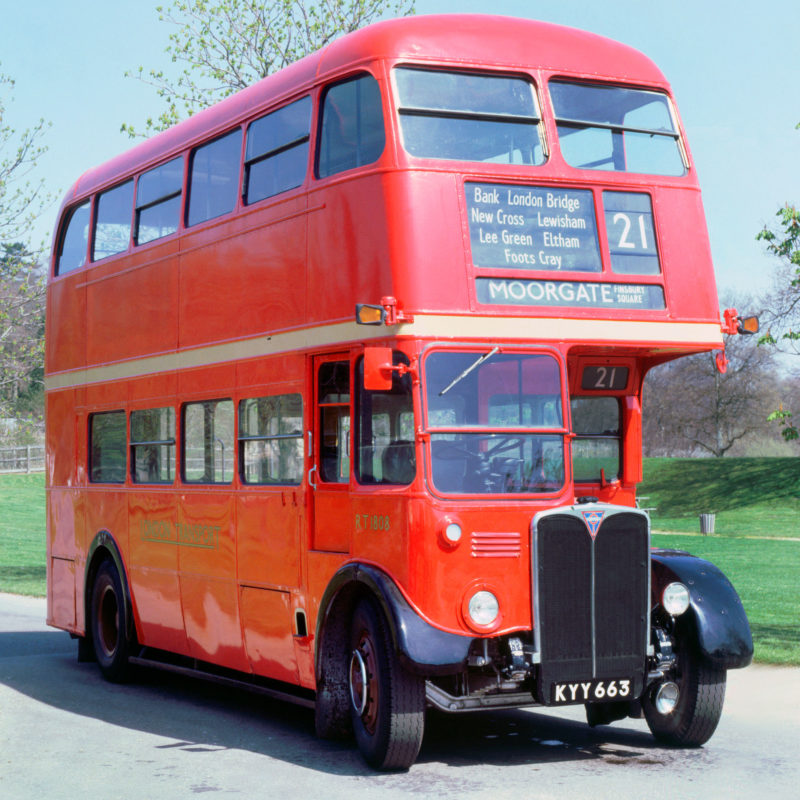 Few vehicles are more iconic than the red London bus. The RT type was built in large numbers and could be seen on the capital’s streets for 40 years. The first 150 were delivered between 1939 and 1942. Deliveries restarted in 1947 with production continuing until 1954, although some did not actually enter service until 1959. Intended to be London’s standard bus, nearly 7,000 RTs were built, mostly by AEC, although just over 2,000 ran on Leyland Titan chassis and were classified as RTL or RTW (with wide bodies). The last RT was withdrawn from London Transport service in 1979.

This AEC Regent III RT, RT1808, was delivered in 1950 and remained in service until 1976. It is fitted with a body by Park Royal, along with Weymann, a main supplier of RT bodies. Smaller numbers of bodies came from Saunders, Cravens and, for the RTL and RTW, Metro-Cammell.