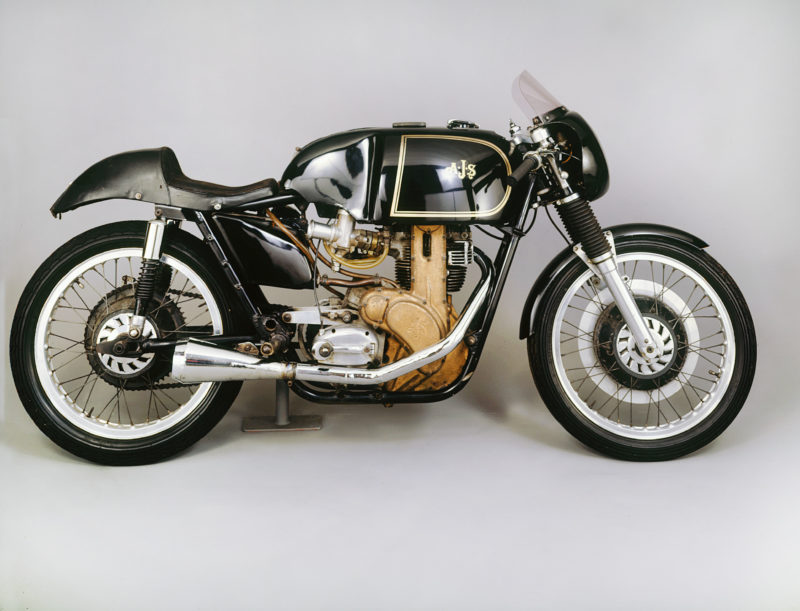 Popularly known as the ‘Boy’s Racer’, the 7R was a successful production racing bike built from 1948 to 1963. As well as being raced by the AJS works team it was also produced in limited numbers for sale to privateer entrants (25 were built for the 1958 season). It soon earned a reputation for fine performance, handling and reliability. Bob McIntyre, Mike Hailwood and Alan Shepherd are among the many famous names to have raced 7Rs.

A development of the AJS 7R was the 7R3 ‘Triple Knocker’ which had a three-valve cylinder head. A 500cc racing bike was also developed from the 7R, the Matchless G50.

The answer to a private owner’s prayer