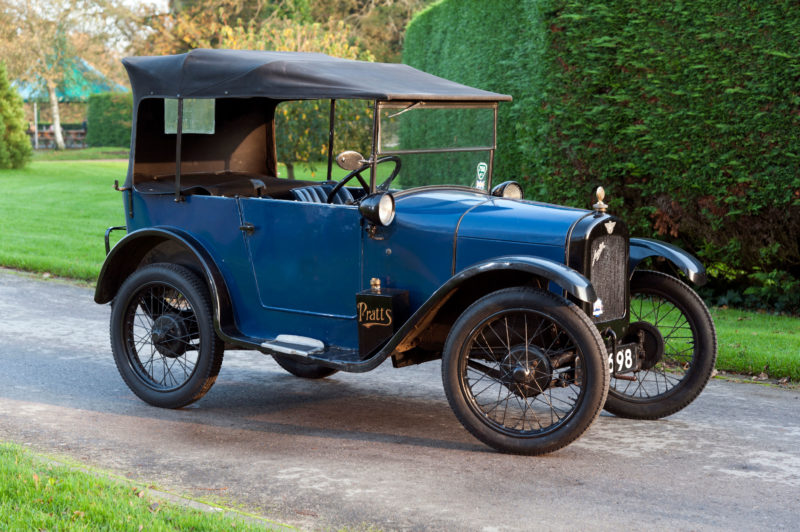 One of the most significant British cars. Introduced in 1922, the mass produced Baby Austin combined big car features with a low price and soon became a best seller. In just a few years the Austin Seven changed the face of British motoring and the fortunes of the Austin Motor Company. This car is a tourer or Chummy model.

In 1919 Austin began a one model policy based around the large 3,610cc Twenty. This quickly brought the company to the edge of ruin. The launch of the Seven and the mid-size Twelve began a turnaround in the company’s fortunes. The Seven revolutionised family motoring in Britain, providing a four-wheeled alternative to modestly priced motorcycle and side-car combinations. Austin soon became a motor industry giant and 290,944 Sevens were built between 1923 and 1939.